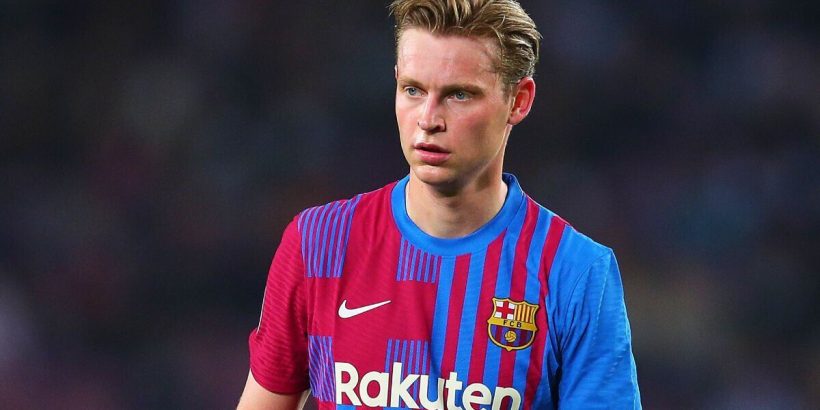 Barcelona reportedly want to reinvest the fee they are set to receive from Manchester United for Frenkie de Jong in a move that could inadvertently aid Liverpool’s Premier League title challenge. The La Liga giants are in discussions with United over a potential switch for Dutch midfielder De Jong and will apparently put the funds towards a blockbuster transfer for Manchester City ace Bernardo Silva.

United have earmarked De Jong as a top target for new boss Erik ten Hag. The pair worked together at Ajax before the 25-year-old’s move to Barca in the summer of 2019.

Ten Hag is keen to reinvigorate his midfield and has asked the Old Trafford hierarchy to go all-out to sign De Jong. According to wide-ranging reports, a deal could cost the Premier League side in the region of £70m.

Barca will reinvest any cash they receive for De Jong and are targeting a swoop for Man City playmaker Silva, transfer guru Fabrizio Romano claims. Silva was one of City’s key players during their Premier League title-winning campaign and would be a major loss to Pep Guardiola.

JUST IN: How Man Utd hierarchy feel about Murtough with no signings yet made 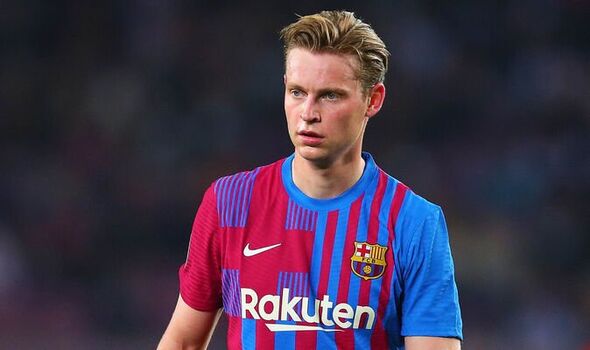 Romano told Wettfreunde: “They (Barcelona) want Bernardo Silva. Barcelona’s mission will be to sell Frenkie de Jong and sign Bernardo Silva with almost the same money. So they don’t want to lose in this kind of deal.

“At the same point they want to make sure that with La Liga rules, they can reinvest the full part of this money that they would receive from Man Utd Frenkie de Jong. This is why the deal is not so fast, this is why the two clubs are still in contact but there is still no agreement.” 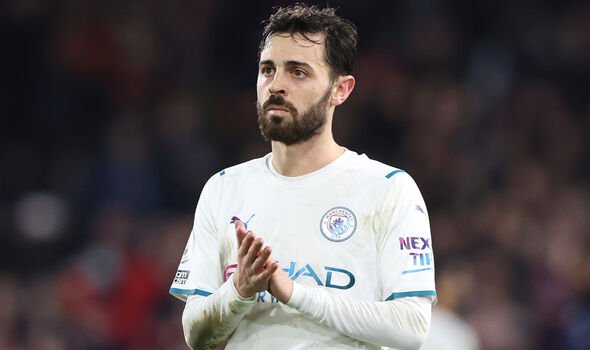 Silva appeared 35 times as City retained the Premier League title last season. The 27-year-old started in all 11 of their Champions League clashes, with Guardiola’s side dramatically losing the semi-final against Real Madrid.

The Portugal international scored 13 goals and provided a further seven assists across all competitions. City losing a player as important as Silva could dent their title aspirations ahead of next season, even though they have upgraded their striking options by signing Erling Haaland and Julian Alvarez.

Liverpool will therefore hope that northwest rivals United do them a favour by paying Barca what they want for De Jong.