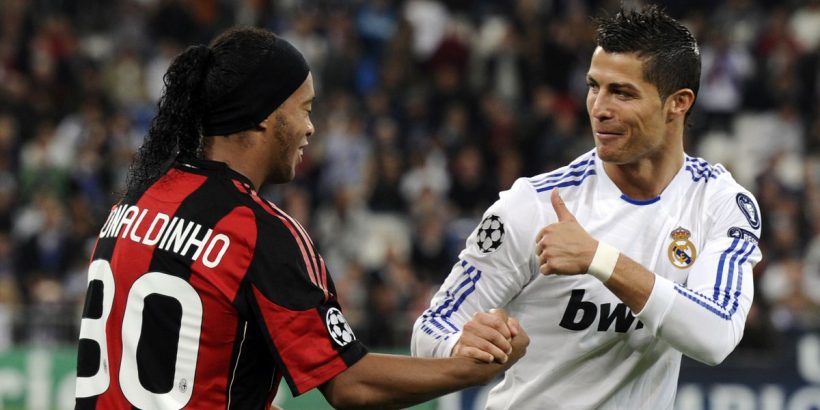 Barcelona were offered a deal to sign Sporting Lisbon wideman Cristiano Ronaldo in 2003 but rejected the deal because they preferred to sign Ronaldinho instead.

Yet in 2003 he was snubbed by Barcelona who wanted to give preferential treatment to Brazilian playmaker Ronaldinho who they valued more highly than the Portuguese prodigy.

As a result, Ronaldo moved from Sporting to Manchester United, helping the Red Devils to three successive Premier League titles and Champions League glory in 2008.

"We were about to sign Ronaldinho and Rafa Marquez," explains Barca president Laporta as reported in Marca.

"Marquez's people proposed Cristiano Ronaldo to us. He was at Sporting Clube at the time.

"One of his agents said that they had a player who they had sold to [Manchester] United for 19 million, but they'd sell him to us for 17 million.

Who got the better deal, Barcelona or Manchester United? Let us know in the comments section

"But we had already invested in Ronaldinho at the time. Cristiano played more out wide than in the centre.

"We thought we were covered, so we rejected him and I don't regret it."

Ronaldinho was signed by Laporta for €30 million as one of three potential signings to bring Barcelona to the forefront of the footballing world.

The other two players Laporta considered were David Beckham and Thierry Henry but the former signed for rivals Real Madrid and the latter couldn't be persuaded to leave Arsenal.

Whichever way you look at it the acquisition of Ronaldinho can only be described as a remarkable success; the Brazilian catapulted the Catalan giants to a La Liga and Champions League double in 2006 as well as winning the Ballon d'or the previous year.

Despite snubbing Ronaldo in 2003, Juan Laporta is reportedly set to target CR7 as his number one priority this summer, in an audacious attempt to unite him with star man Lionel Messi.

The Argentinian is set to commit his future to the club and so the president is now turning his attention to Ronaldo, according to reports from AS.

The Spanish publication claim Messi has rejected offers from other clubs, which would have tripled his salary, and now Laporta 'aspires to the utopia' of twinning him with his long-time rival in a sublime strikeforce.