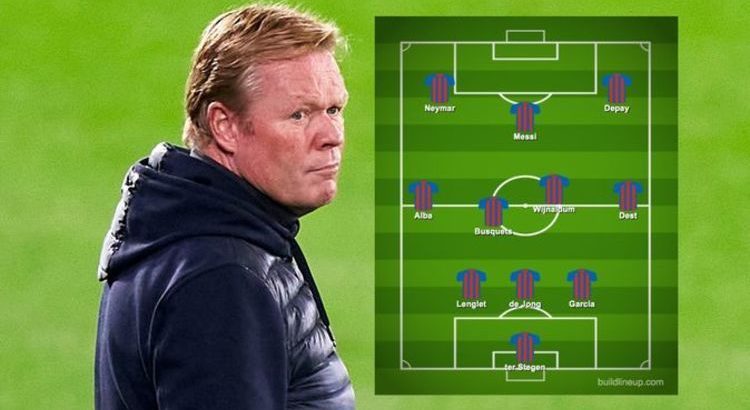 Barcelona could be in line for a summer overhaul in the coming months as the winds of change look set to whirl around the Nou Camp. The Catalan giants have been crippled by financial uncertainty as a result of the COVID-19 pandemic, but this has not stopped a number of high-profile targets, including the likes of Neymar and Georginio Wijnaldum, from being linked with the five-time European champions in recent months. Express Sport takes a look at how Ronald Koeman’s Barca side could appear next season if they manage to secure four new signings.

Marc-Andre ter Stegen has made the No 1 shirt his own in recent seasons and should retain his spot between the sticks for at least another season.

The 28-year-old has kept nine clean sheets in La Liga this season, helping to keep Barca firmly in the title race behind leaders Atletico Madrid into the business end of the campaign.

The club have not been linked with any potential new goalkeepers as of late, although Sporting Lisbon stopper Luis Maximiano and young Brazil under-23 star Ivan were reportedly being tracked last summer.

However, it seems unlikely that new club president Joan Laporta will focus on strengthening in this area as Ter Stegen continues to provide a viable option, suggesting that they could turn their attention to sealing improvements elsewhere on the pitch. 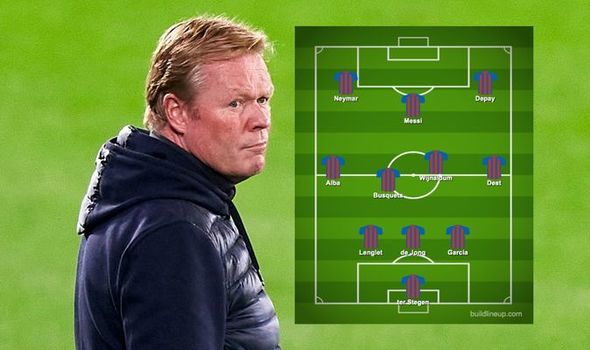 Frenkie de Jong has established himself as a hugely important member of the Barca side since joining from Ajax two years ago.

The 23-year-old is equally comfortable in central defence as he is in a deep-lying midfield role, with Koeman opting to deploy him at the heart of a back three in recent outings.

De Jong will be flanked on one side by Clement Lenglet, while Manchester City youngster Eric Garcia is likely to be recruited in order to take up the final slot.

The Spaniard has played just four times in the Premier League this season amid continued links with a summer switch to La Blaugrana, with all things pointing to a move coming to fruition ahead of next season. 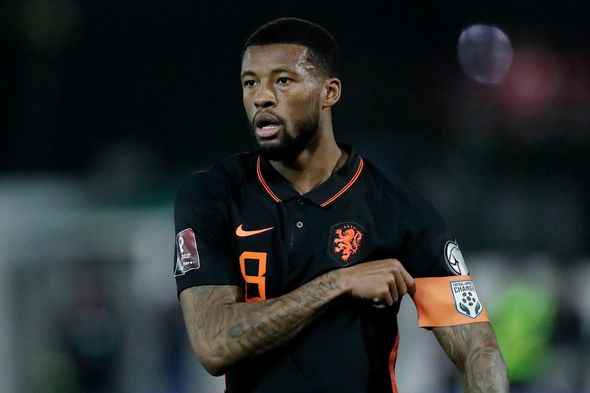 Koeman’s 3-4-3 system is heavily reliant on the wing-backs bombing down the flanks to help out in attack, while dropping back when needed to defend when out of possession.

United States international Sergino Dest has taken to life in this role like a duck to water, with the 20-year-old’s recent performances showing that he has plenty of potential to provide a long-term option on the right side.

Veteran full-back Jordi Alba will likely feature on the opposite flank, and Sergio Busquets should continue to take up his usual No 6 role.

The latter could be partnered by Wijnaldum of Liverpool, who will be out of contract at the end of the season and has been heavily tipped to sign for Barca after becoming one of the Premier League’s best all-round operators in the middle of the park. 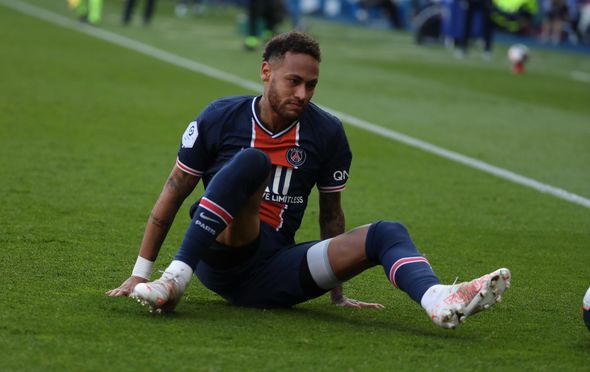 There could be significant changes in attack next season, with Neymar and Memphis Depay reportedly among the options being considered by the club’s hierarchy.

The former previously made a name for himself as one of the world’s best players with the Spanish giants in a formidable attacking trio alongside Lionel Messi and Luis Suarez.

Reports have suggested that the Brazilian trickster has put talks over a new contract with Paris-Saint Germain on hold in order to push for a return to his former club.

Lyon hotshot Depay may be in line to occupy the other wide role, while if Messi decides to stay at the club beyond the end of this season, he could make a return to the ‘false nine’ role he excelled in under the guidance of Pep Guardiola.