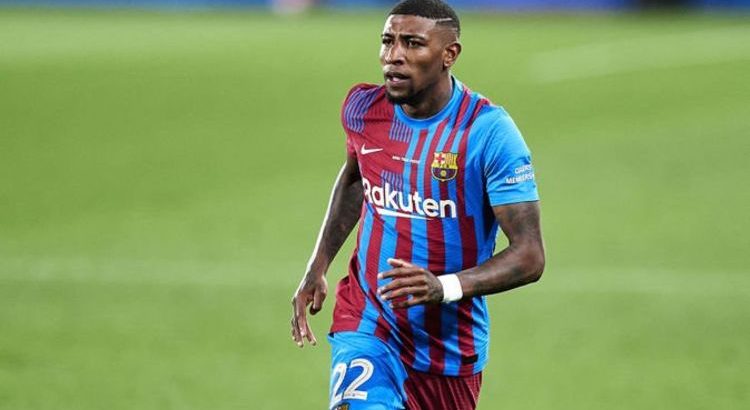 Barcelona could be made to look foolish by allowing Emerson Royal to join Tottenham this summer. Sergino Dest was forced off in USA’s clash with Canada at the weekend and the Catalan giants could now be short of options at right-back.

The 22-year-old had impressed during his time at the Andalusian club and Barca exercised their option to take the player back to the Nou Camp.

Royal came off the bench in Barcelona’s opening two La Liga games of the season and then started their third game as they defeated Getafe 2-1.

But two days after being handed the starting berth, he was sold to Spurs for £25.8million.

Without Royal for competition, Dent was expected to cement his place as first-choice right-back in Catalonia.

But the 20-year-old went down clutching his ankle during his country’s World Cup qualifier with Canada on Sunday and was forced off just before half time.

Barca chiefs will be hoping the injury isn’t a serious one and that Dent can return to action sooner rather than later.

If not, boss Ronald Koeman may have to have a serious rethink and may even be forced to change his formation away from his preferred 3-5-2 to cater for his lack of options in the right wing-back position.

Oscar Mingueza could be given the nod, but was preferred in a centre-back role last season and doesn’t excel going forward.

Midfielder Sergi Roberto could move to the position but lacks pace and could be exposed by opposition wingers.

Meanwhile, Moussa Wague, who is a right-back by trade, has been out of action since late last year after sustaining a serious knee injury.

He has also made just six first-team appearances for Barca and doesn’t appear to be close to getting a first-team opportunity.

If Dent is ruled out for an extended period, Barca could find themselves in a very unenviable position – and they will only have themselves to blame.

“I played on Sunday as a starter – the next day I woke up and went to train quietly,” Royal told Marca after departing Barcelona.

“There I already began to see that a lot of things were coming out – that Tottenham were talking to Barcelona – that they had almost done it.

“I didn’t understand anything about what was happening because I didn’t know anything.

“They began to tell me that the club’s situation was not good, that it was going through a difficult time and that it was better for them to sell.

“I repeated to them that my intention was to stay because I had the illusion of playing here and contributing things to Barcelona.

“I am smart and there came a time when I realised that they were telling me to go yes or yes. They were kicking me out with very good words.”