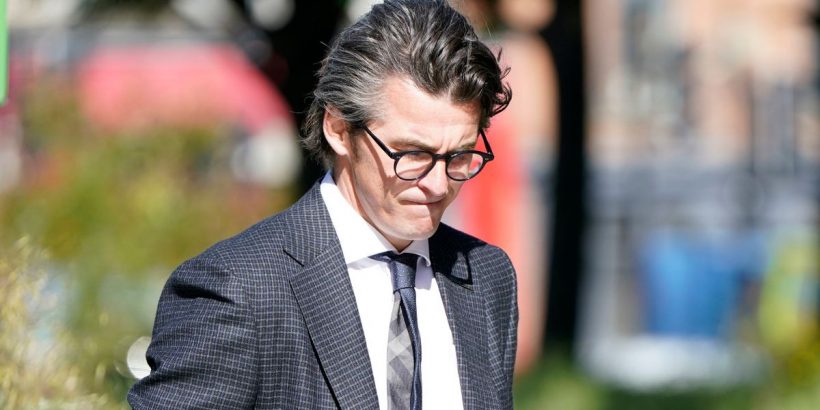 But this trial was abandoned on Tuesday after Judge Jeremy Richardson QC decided translation issues which arose as Mr Stendel gave evidence over a video link from Germany were insurmountable.

On Wednesday, Judge Richardson ruled that the trial will begin again on November 26, court officials confirmed.

Barton, 38, who denies one charge of assault occasioning actual bodily harm, did not attend a brief hearing in Sheffield on Wednesday morning. He is alleged to have pushed Mr Stendel in the tunnel at Barnsley's Oakwell Stadium, causing him to hit his head and injure his face.

The alleged incident took place after a League One match between Barnsley and Fleetwood Town, on April 13 2019, which the home team won 4-2.

Barton, who played for a number of teams including Manchester City, Newcastle United and Burnley, was Fleetwood Town manager at the time.

On Tuesday, Judge Richardson said the video-link set-up, which had been brought in due to coronavirus travel restrictions, meant that parts of Mr Stendel's evidence were being "lost in translation".

He discharged the jury, saying the trial would be relisted for when the complainant could travel to Sheffield to appear in court in person.

The judge pointed out that the case had already been delayed for a year due to the pandemic.

Barton is on unconditional bail.

READ MORE:Roy Keane says he never tried to injure anyone on the pitch – including Alf-Inge Haaland

READ MORE:Euro Russian hooligans 'don't drink' and 'treat themselves as athletes' ahead of fights