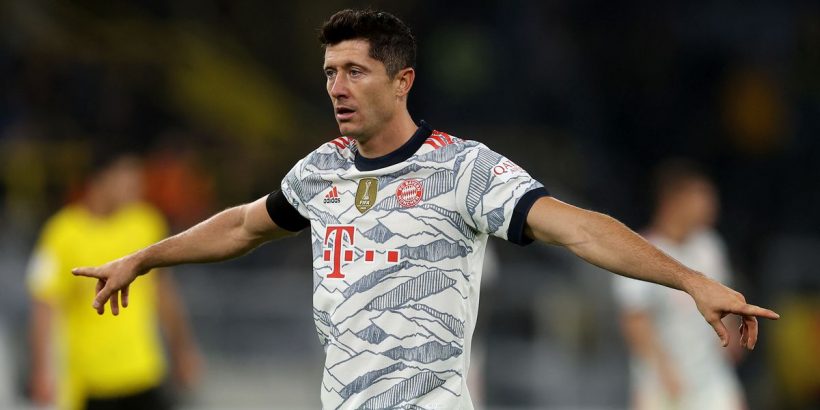 Bayern Munich’s stance over Robert Lewandowski leaving the club this month has emerged.

The Polish forward is into his eighth season with the German giants, adding three goals so far to put him three away from 300 at the Allianz Arena.

But the forward, who turns 23 on Saturday, was reported as telling the Bundesliga team that he wants to leave in search of a ‘new challenge’.

The Athletic , though, have said that Bayern are not willing to let their No.9 leave in a hurry.

It was understood that the German side had put a £100m price tag on Lewandowski’s head to lure off any interest in their top scorer. But the report states that the club have not put a value on his head because they are ‘not willing to sanction his exit’.

And Bayern are will ‘categorically’ not let the forward leave this summer as they look to win an eighth consecutive Bundesliga title and win back the Champions League from 2020.

Lewandowski arrive at the club from rivals Borussia Dortmund in 2014, having won two league titles and reached the European final under Jurgen Klopp.

Do you think Robert Lewandowski should leave Bayern? Let us know in the comments section. The Polish forward’s current deal at the Allianz Arena ends in 2023, with the club expressing no desire to extend beyond that time.

According to previous reports, Lewandowski is frustrated by Bayern's reluctance to sell but is unlikely to do anything that would harm his relationship with the Bundesliga champions.

Considered one of the best striker's in the game, the Polish hitman's goalscoring exploits are regularly compared to Lionel Messi and Cristiano Ronaldo. He scored 56 goals for club and country last season and is already off and running this time around, netting three times in Bayern's opening two games of the campaign.

While he has also added personal accolades to the collection in recent years, winning The Best FIFA Men’s Player honour in 2020 for his role in the previous campaign’s treble.