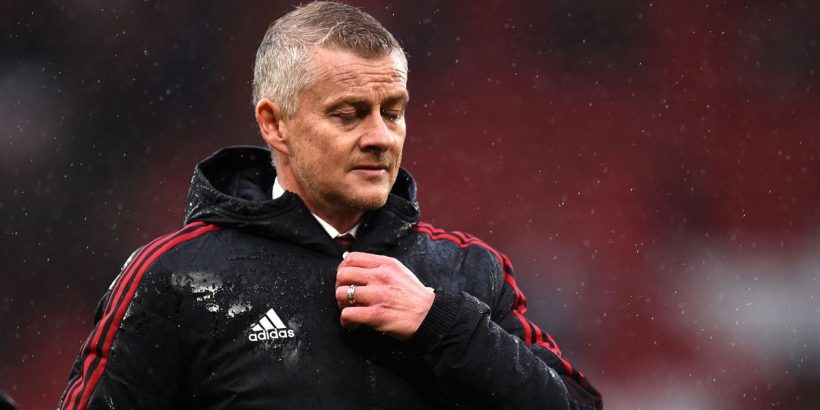 Dimitar Berbatov has said he agrees with Rio Ferdinand’s comments on Ole Gunnar Solskjaer but said he’s refusing to be drawn into a discussion about whether he should be sacked or not.

The former Manchester United striker has said he’s on side with Ferdinand after the pundit made comments about the club’s current situation following their poor start to the season.

Berbatov said via Betfair: “I read Rio Ferdinand's comments on Ole and based on the last couple of games Rio has a point – the City game, the Liverpool game – the Spurs game was okay, but Atalanta was a game that was also shaky until the last minute. So the next games are crucial for United.

“I don't envy Ole being in that position – constantly reading you're going to be replaced. It never happened to anyone else before. The first day in the job, you're constantly being judged.

“I can easily jump on and say, 'sack him', but I try to be more in the middle of things and be more rational and see where the truth lies.

The Bulgarian continued: “The truth is if your team is not playing well, if you suffer defeats constantly and it's been a long time and nothing is happening with United being in the top three or four then obviously something is not working out. The first one to take it is the manager.”

Do you think Solskjaer can turn it round at Man Utd? Let us know in the comments section below.

The Red Devils got off to a flying start to the season, winning four of their five opening games. But since then they have lost four of their last six league games, including a 5-0 loss to Liverpool at Old Trafford and a poor performance to Manchester City that resulted in a 2-0 loss.

They sit top of their Champions League group, but concerns are that in some of those games United struggled to have a hold on the game, and had to do a lot of backtracking from losing positions.

Betfair spokesperson Sam Rosbottom said: "The odds are in favour at 56 per cent likelihood on the Betfair Exchange of Ole staying in a job until Christmas, due to the time being afforded to him by the club's owners to turn fortunes around, and the Red Devils' relatively easy run of fixtures in November and December – except perhaps for Chelsea away.

"However, the fact that he is still 48% likely to be sacked by Christmas in a close betting market suggests that the end could be nigh for the Norwegian if he oversees one or two poor results in such a period of winnable games."