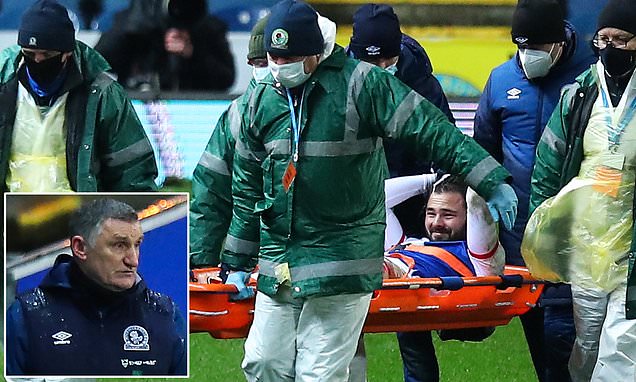 ‘Tough times don’t last, tough people do’: Blackburn midfielder Bradley Dack facing a second agonising year on the sidelines after suffering what appeared to be ANOTHER cruciate knee injury

Blackburn fear that Bradley Dack faces another agonising year on the sidelines after suffering what appears to be another serious knee injury less than three months into his comeback.

Dack only returned from 12 months out with a torn anterior cruciate ligament in his right knee on Boxing Day and medics anticipate he did similar damage in his left leg late on in Friday’s 1-0 home defeat against promotion-chasing Brentford.

‘Tough times don’t last, tough people do,’ Dack wrote on Instagram, ahead of a scan on Saturday. 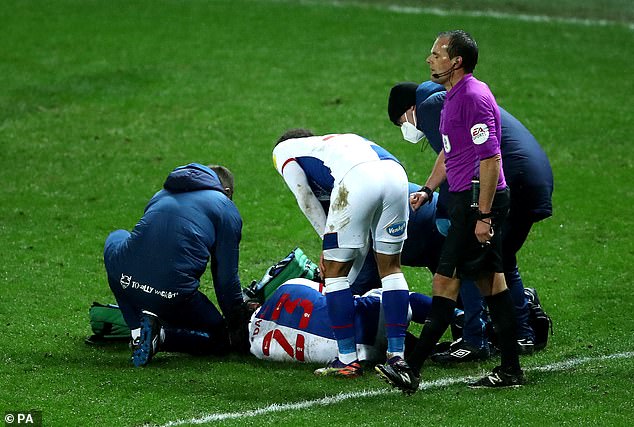 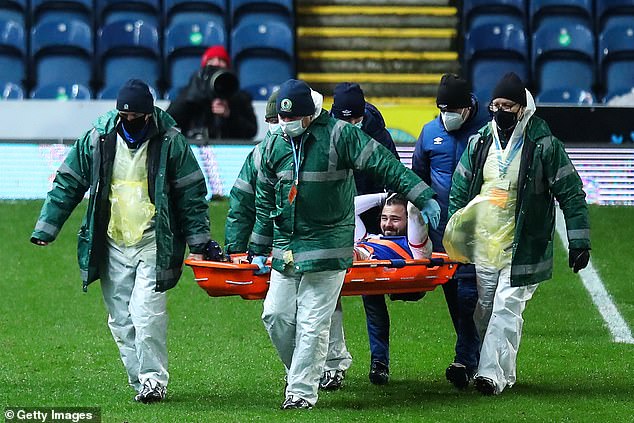 He was stretchered off the field, with his left leg in a brace, and received gas and air in the dressing room after an injury-time tangle with Brentford goalkeeper David Raya resulted in him collapsing in screams.

‘Mentally, thinking he has got another year potentially of doing all that hard work again, I don’t know where you’d start, trying to put that into context,’ said Blackburn manager Tony Mowbray.

‘The sadness is he’s such a bubbly, bright, larger-than-life kid, who dreams of playing in the Premier League and scoring goals. 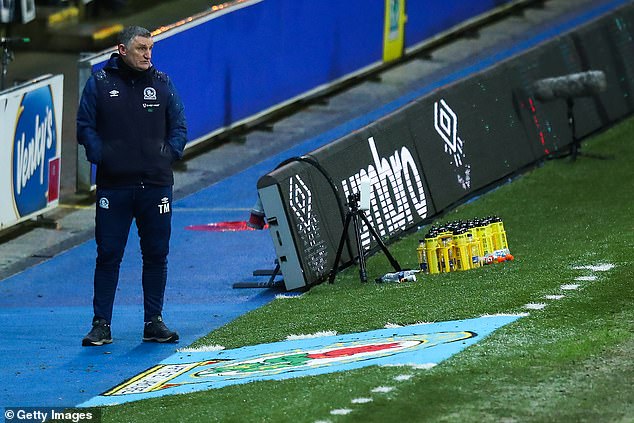 ‘To see it all taken away from him for a second time is really heartbreaking.’

Dack finished as the club’s top scorer in each of his first two seasons at Ewood Park following a move from Gillingham in the summer of 2017.

The 27-year-old had found the net twice this past week, opening the scoring in both the win at Millwall and the midweek draw against Swansea.