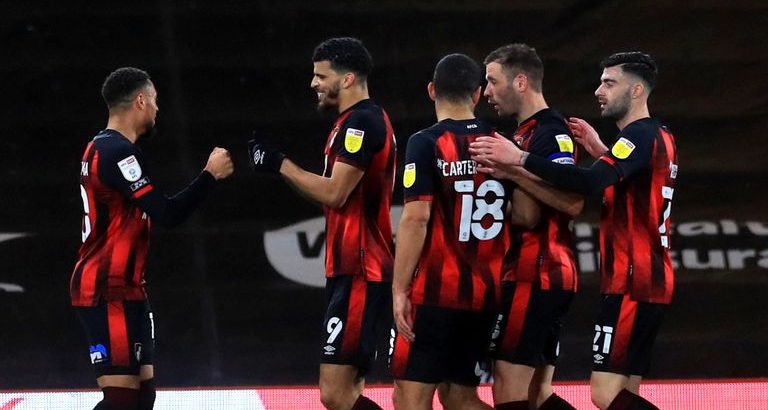 Report and highlights from the Sky Bet Championship clash between Bournemouth and Swansea at the Vitality Stadium as Philip Billiing, a Joel Latibeaudiere own goal and Arnaut Danjuma secured a comfortable win for the Cherries

The Cherries came into the game five points adrift of the play-off places after losing 3-2 at home to Barnsley on Saturday. 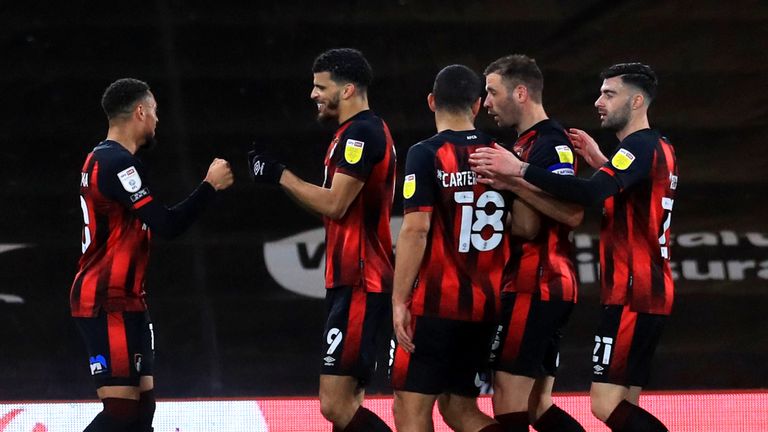 Billing had already seen a shot blocked when he opened the scoring in sensational fashion in the ninth minute.

Netherlands midfielder Danjuma raced away down the left wing before cutting the cross back for the unmarked Billing to plant a stunning left-footed volley into the net.

Two minutes later Dominic Solanke saw his effort deflected behind for a corner before both Junior Stanislas and Danjuma both blazed over in promising positions.

Billing then linked up neatly with Solanke, who was only denied a strike at goal by Kyle Naughton’s well-timed tackle.

The Cherries were already without David Brooks, Lewis Cook and Adam Smith due to injury and suffered a fresh blow when Stanislas limped off clutching his hamstring.

Bournemouth doubled their lead in first-half stoppage time when Danjuma’s corner hit Latibeaudiere on the back, sending the ball spinning into his own net.

It would have been game over 10 minutes into the second half but for a good save from Swansea goalkeeper Freddie Woodman.

Danjuma whipped in a teasing free-kick which was met by a powerful header from Cameron Carter-Vickers but Woodman managed to claw the ball over the crossbar for a corner.

Begovic was called into action again 10 minutes later when he reacted smartly to keep out the lively Whittaker’s low shot from a Ryan Manning cross.

Bournemouth defender Jack Stacey then drilled a shot just wide of the far post from the edge of the penalty area as the home team pressed for a third goal.

Danjuma sealed the points three minutes from time with a thunderous left-foot drive into the top corner after Billing had deftly laid the ball into his path.

The win was a welcome confidence boost for Bournemouth ahead of Saturday’s FA Cup quarter-final clash at home to south coast neighbours Southampton.