Team news and stats ahead of Bournemouth vs Arsenal in the FA Cup fourth round on Monday (kick-off 8pm).

Bournemouth will welcome back defender Steve Cook from suspension for Monday night’s FA Cup fourth-round tie at home to Arsenal.

Centre-back Cook missed the midweek Premier League win over Brighton due to a one-match ban following his dismissal at Norwich.

Cherries boss Eddie Howe confirmed a couple of unnamed members of his squad were struggling with injuries and would be assessed ahead of the game.

The south-coast club remain without a host of long-term absentees including left-back Charlie Daniels, defender Chris Mepham and midfielder David Brooks, while forward Joshua King is not expected to return. 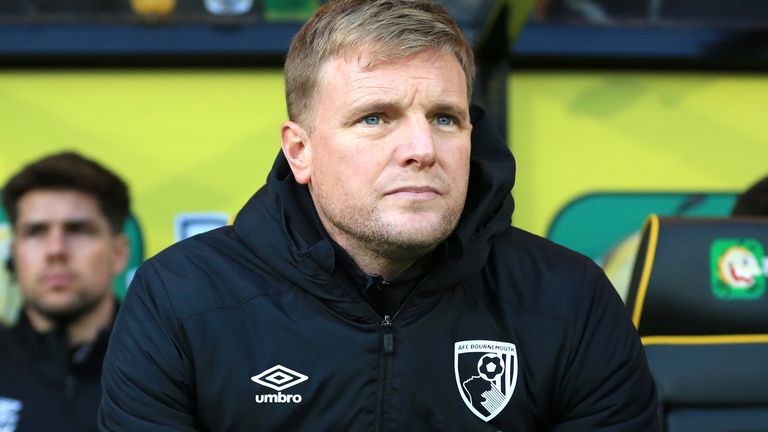 The centre-back is back in training again and will help fill the void left by David Luiz, who was sent off during the 2-2 Premier League draw at Chelsea on Tuesday and will now serve a one-match suspension.