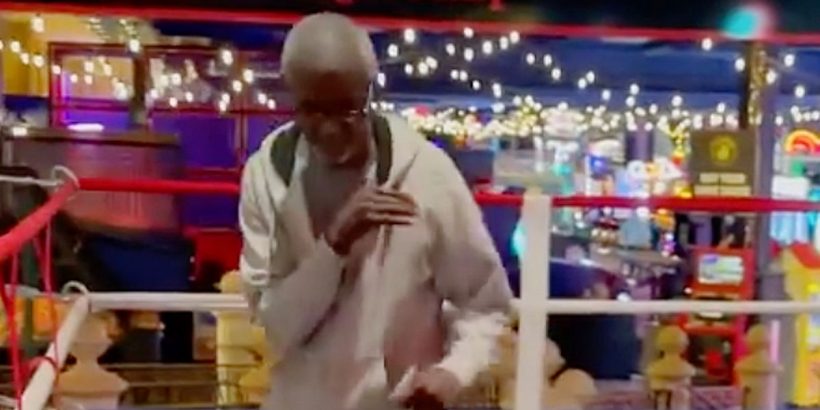 Deontay Wilder's former boxing coach has posted a cryptic video in response to the American's devastating defeat to Tyson Fury.

Wilder controversially sacked Mark Breland after he threw in the towel to stop the second fight between the two rivals last year.

That decision handed victory to the Gypsy King in February 2020 and he recorded another success in their trilogy bout on Saturday.

Fury stopped The Bronze Bomber in the 11th round of a pulsating fight to retain his WBC heavyweight title and remain unbeaten.

The American's former coach has since shared his thoughts on the clash, appearing to show Wilder how to box on the back foot.

Breland posted a clip of himself in the ring, shadow boxing on the back foot – with fans believing it to be a cryptic message designed to show Wilder how he should have boxed against Fury.

"Great fight," he wrote, alongside the below clip.

Do you think Deontay Wilder should have ditched Mark Breland? Let us know your thoughts in the comments section below.

The veteran coach's demonstration has been watched by almost 10,000 people and got fans talking online.

One follower said: "You’ve showed the world you made the right call in the 2nd fight."

Someone else added: "Mark you was needed in that corner tonight as well!! Hate the venom they smeared on your name BUT TRUE FIGHT FANS know you made the right call in that 2nd fight!! He looked the same way at the end of this fight as he did in the 2nd fight smh RESPECT TO YOU…SALUTE."

A third person commented: "You saved his life and he got the chance to fight again tonight. The result tonight verified your decision in the 2nd fight."

While another user sarcastically put: "Wonder who he’ll blame this time?"

Speaking after watching his man suffer the second professional defeat of his career, Wilder's new trainer, Malik Scott, disclosed the injuries he had suffered.

"I took him up into his room, he’s seen a doctor afterwards," he told ESNews.

"Everything’s cool… he busted his lip, he broke his hand, broke his finger, knuckle, something like that. But life goes on."