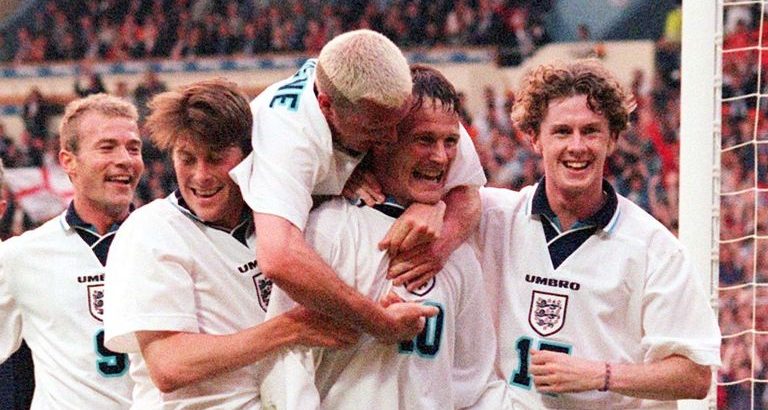 Gareth Southgate has called on his current group of England players to capture the spirit created by Terry Venables’ squad which engrossed the nation during Euro 96.

England-mania swept through the country in 1996 during the Three Lions’ run to the semi-finals of the Euros.

Fast forward 25 years and Southgate’s current crop have the opportunity to spark another memorable summer in what is essentially another home European Championships.

As part of a special Boys of 96 series, Sky Sports News reporter Mark McAdam is on a mission to speak to every member of the 22-man squad from Euro 96.

He will be travelling across the nation in a fully-electric van tracking down everyone from David Seaman to Alan Shearer ahead of a reunion of the entire squad next week. 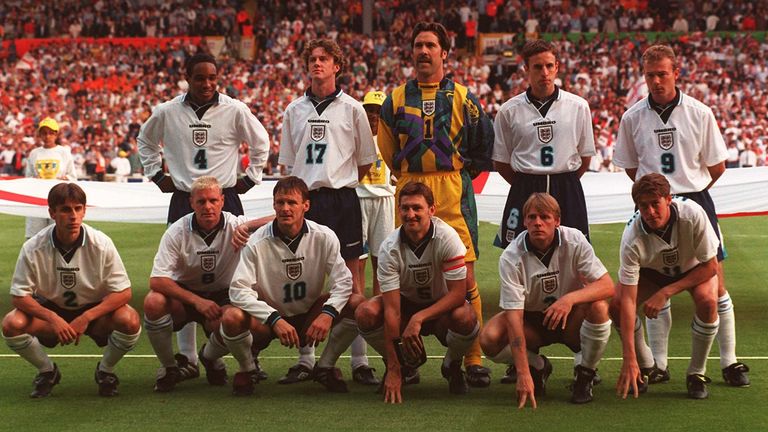 Current England manager Southgate, who played every single minute at the heart of Venables’ defence in the run to the semi-finals that summer, was the first squad member McAdam found on his search. Recalling his memories from the tournament, Southgate said he wants his squad to recreate the magic which united the country as the tournament progressed.

“The spirit of the team, we are growing that now. That spirit that the public found, the way the tournament grew, the involvement of the fans grew, that is what we want to generate this summer,” he said.

“We had some outstanding leaders in the Euro 96 squad. There were a lot of experienced players, I was a captain of my club but there was also Tony Adams, Stuart Pearce, Paul Ince, Teddy Sheringham, David Platt, all captains at their clubs.

“We had people who stood up in the big moments and fought together. As with any tournament, you have lads who are not playing in the games and they played their role really well. It’s a hard role but they gave themselves to the team.”

Neville: Pearce and Adams made me proud to be English 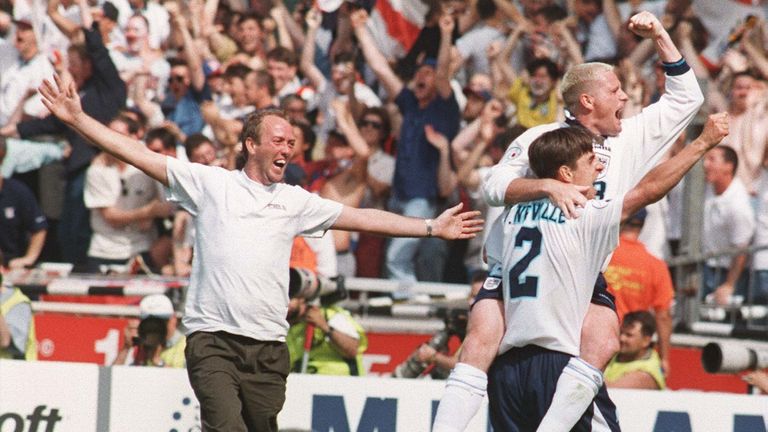 A fresh-faced Gary Neville was aiming to impress at his first major international tournament as a 21-year-old back in 1996.

He remembers being in awe of the pep talks from Stuart Pearce and Tony Adams in the dressing room before the matches and says he was never more proud to be English than when lining up alongside them.

He said: “I wish I could have taken a film with a camera phone of Pearce and Adams before the games. I wish people could see it, it would make the hairs on the back of your neck stand up to see how proud they were to play for England. Those three lions on their chest, the feeling of pride in their country. “I couldn’t communicate it like they could but I love this country. I’ve never said it much before, at that period I felt more proud to be English than any other point in my life. Pearce would stand up, Adams would be doing tackles against the concrete wall, it was old school!

“The big thing I remember as a young player is Stuart Pearce saying to me ‘this is as good as it gets’. I don’t know whether that was to inspire me or kill me because my career with England was never going to get any better, but it was true as well.

“I get goosebumps thinking about the moments when we scored against Scotland, Gazza’s goal, or the night against the Netherlands, it was an out-of-body experience.”