Paul Ince has sat down with Sky Sports News as part of a special Boys of 96 series to relive his memories from that summer, including Paul Gascogine’s iconic “dentist chair celebration” and a sneaky drink with Rod Stewart in his local pub.

The England squad were under intense pressure that summer after making the headlines during a pre-tournament trip to Hong Kong for a booze-filled trip to a nightclub, which was famed for its bar staff pouring alcohol into the mouths of their customers while in a dentist chair.

But Gascoigne, who was criticised for his antics, redeemed himself against Scotland with his goal ensuring a 2-0 victory and his celebration subsequently going down in history. 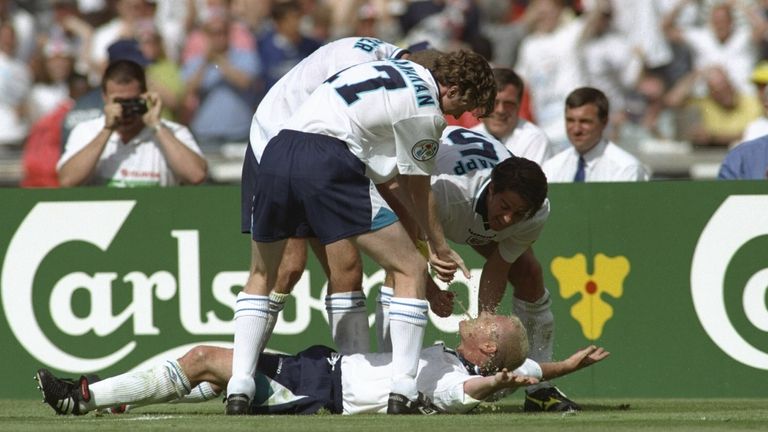 Fast-forward 25 years and England are taking on Scotland in their second group game of Euro 2020 in a match also played at Wembley.

As part of a special Boys of 96 series, Sky Sports News reporter Mark McAdam is on a mission to speak to every member of the 22-man squad from Euro 1996.

He will be travelling across the nation in a fully electric van tracking down everyone from David Seaman to Alan Shearer ahead of a reunion of the entire squad.

Recalling his experiences of that summer, Ince describes the difficult relationship the England squad had with the press going into the tournament on the back of that ill-fated trip to Hong Kong.

“We came back from Hong Kong, and obviously we know what happened in Hong Kong,” Ince told Sky Sports News.

“Hong Kong was one of those things where we wanted to let our hair down, we were footballers, we were allowed to go out at night and have a few drinks. Listen, I didn’t think the dentist chair was any big deal, I really didn’t. It was just people having a laugh.

“Two years later at Inter Milan I did the same thing. That’s what it’s there for, to go on it.

“The problem was after that you saw the pictures of the ripped shirts and that didn’t look great. So we kind of knew what was coming when we landed. We kind of deserved half of that.

“I think the press went over the top at the time, some of the stuff they were saying was bang out of order.”

Drinks with Rod Stewart in Epping

After the fall-out from the trip to Hong Kong, England manager at the time Terry Venables gave the players a few days off ahead of the tournament. 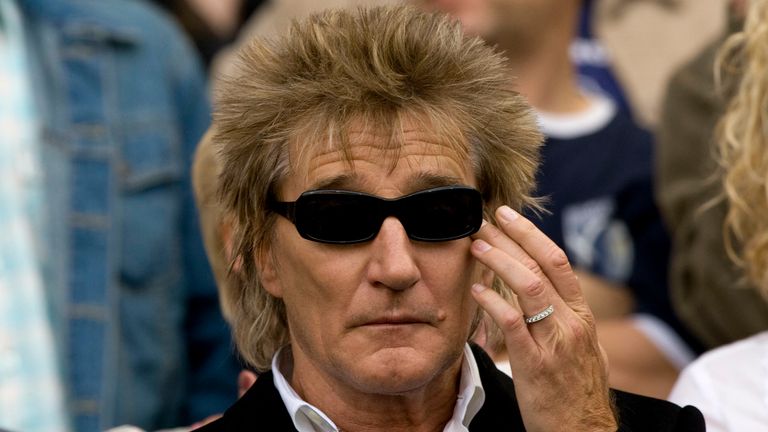 Ince didn’t want any more attention so was careful about his activity, but the press still found him.

“I go to Epping to have a drink with Rod in his local pub, and we were just sitting there and there’s these big hedges about 8ft tall in the garden and all of a sudden I see a ladder come up, and it’s the press taking pictures,” he added.

“I thought, ‘Wow’, and I wasn’t sure if they were taking a picture of me because I was drinking a beer or because it was Rod Stewart.

“Then the next day it was all, ‘As if Paul Ince hasn’t done enough drinking in Hong Kong, he’s just sitting there drinking beer again’.

“I only had a couple because I was very wary about the press at the time, because the press were going in for us.”

How Gazza’s goal turned it all around

England had drawn their opening game against Switzerland and needed a win against rivals Scotland. 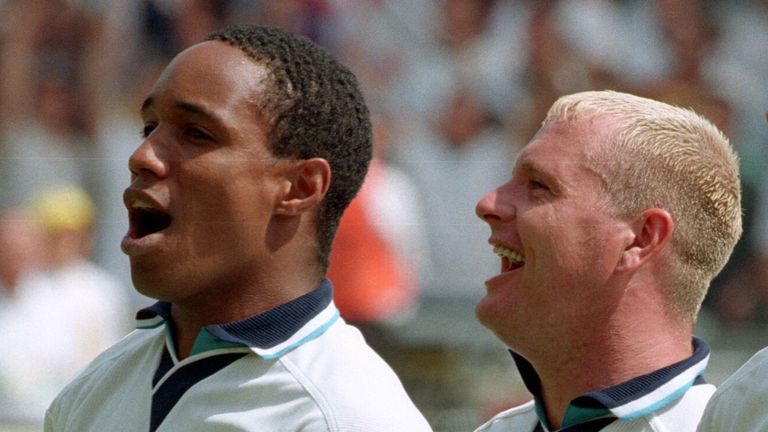 Shearer had put England 1-0 up, but Scotland came roaring back, with David Seaman having to save a penalty from Gary McAllister.

Gascoigne quickly made it 2-0 by dinking the ball over the defender with his left foot, before volleying it in with his right. Without hesitation, he headed for a loose water bottle on the touchline, and the rest is history.

The re-enactment of the dentist chair will live long in the memory and was a chance for Gascoigne to get one back on the press after a difficult summer.

Ince says it changed everything for England that summer, as they made it all the way to the semi-finals of Euro 1996 before losing to Germany on penalties.

“The Scotland game was a massive turnaround,” Ince said. “Just walking out and seeing the England fans and the Scottish fans, it was just the perfect day.

“We played well that game, more so in the second half. We got the early goal, Alan Shearer scored. And then we got the infamous Gazza goal. It was a great goal, it was a great build-up.

“People just look at the goal, but the build-up to it was fantastic. Before that, he was going to come off. Gazza was going to be taken off before he scored that goal, and I didn’t know anything about the celebration.

“Everything about that was so iconic, it was about all the rubbish that we’d taken from the press, all the pressure from that was just relieved with that second goal. 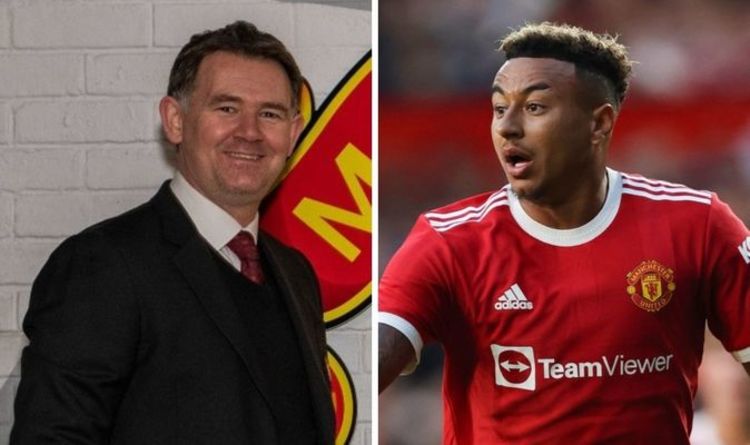