Match report as Leicester City earn point to book their place in the Europa League round of 32; Jamie Vardy scores 95th-minute equaliser after Fransergio thought he had won game for hosts (90) in Portugal 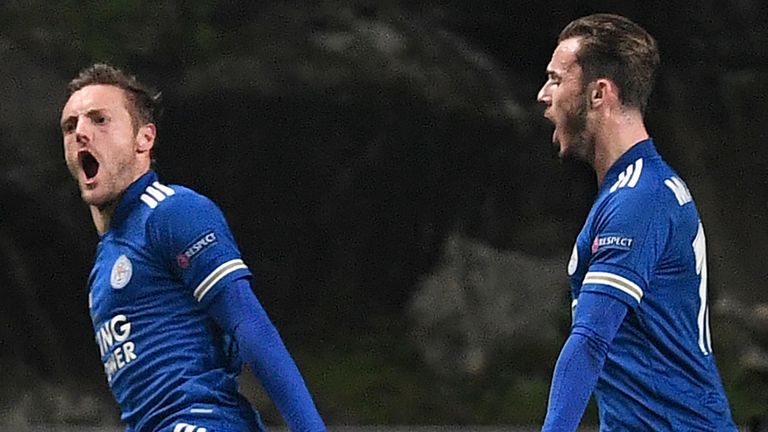 Jamie Vardy’s 95th-minute strike earned Leicester a dramatic 3-3 draw at Braga which was enough to secure their place in the Europa League round of 32.

It appeared as though the Foxes would be made to wait in order to book their spot in the knockout stages of the competition when Fransergio fired the Portuguese side in front in the final minute of normal time.

But Vardy met Marc Albrighton’s low cross to equalise for Leicester for the third time on the night. Harvey Barnes (9) had earlier cancelled out Al Musrati’s fourth-minute opener before Paulinho restored Braga’s lead.

Luke Thomas’ first senior goal then appeared to have earned Brendan Rodgers’ team a point before the last-minute drama unfolded at the Estadio AXA. 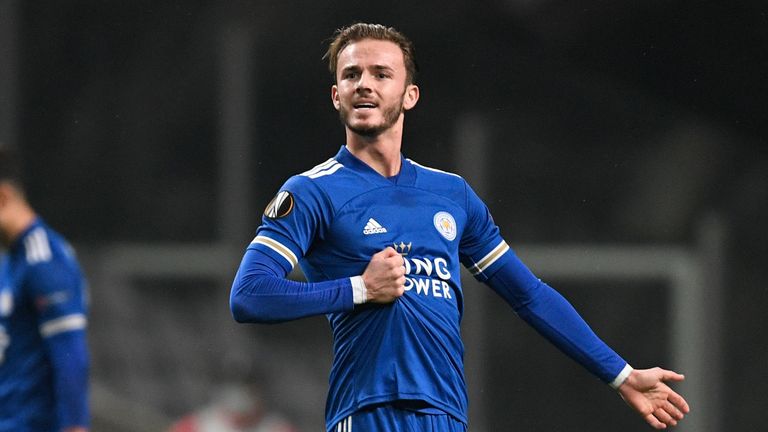 Man of the match: James Maddison.

Leicester arrived at The Quarry having won all three group games so far, but Rodgers was right to warn his players of a wounded animal.

Three weeks ago, Kelechi Iheanacho’s double and goals from Dennis Praet and James Maddison helped them to a 4-0 win over Braga at the King Power Stadium – but the hosts were in front inside four minutes.

Braga midfielder Andre Castro described this as “the most important game of the season” – and their fast start was rewarded when Al Musrati fired home his first goal for the club. James Justin and Thomas blocked two shots from Iuri Medeiros, but the ball fell kindly for the Libyan who found the bottom corner with his first-time finish from the edge of the box. Leicester’s only previous away game against Portuguese opposition saw them lose 5-0 to Porto in the Champions League in December 2016 – but they responded to the setback immediately.

Al Musrati’s slack pass to Iheanacho forced Castro to divert his tackle only to Barnes on the left side of the Braga penalty area, and his finish into the top corner from an acute angle surprised Matheus Magalhaes.

But Leicester failed to build any momentum having restored parity and found themselves behind again inside the opening 26 minutes. It was a well-worked goal from Carlos Carvalhal’s side as Medeiros played a cute one-two with Ricardo Horta before Kasper Schmeichel was rounded and the cross was tapped home by Paulinho. 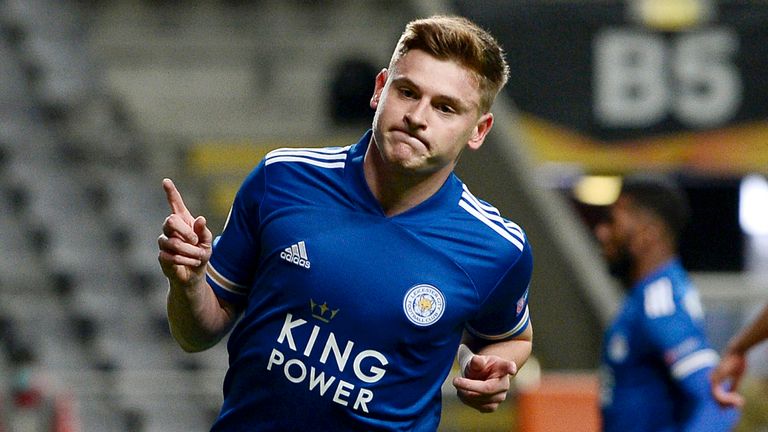 Cengiz Under was one of the five players who came into Rodgers’ team, and he was denied the chance to level before half-time when pressure from Iheanacho forced Bruno Viana into playing the ball straight to the Turkish midfielder but his shot was straight at Matheus.

Brendan Rodgers made five changes from the side that were beaten 3-0 by Liverpool as Hamza Choudhury, Dennis Praet, Luke Thomas, Cengiz Under and Kelechi Iheanacho came in for Wesley Fofana, Youri Tielemans, Nampalys Mendy, James Maddison and Jamie Vardy.

In truth, Braga might have been further ahead before the break as Schmeichel first kept out Paulinho’s initial effort and was quickly back on his feet smother Horta’s rebound – and the Leicester goalkeeper was in the right place to produce another reaction save from Paulinho on the stroke of half-time.

Rodgers summoned Wesley Fofana and Youri Tielemans for the start of the second half – a sign of the importance being placed of getting the job done in Group G – but it was not until James Maddison and Vardy were introduced on the hour-mark that Leicester began to exert sustained pressure on the Braga defence. Vardy fired a warning of what would ensue as he raced onto Tielemans’ long ball only to be flagged for offside before he slotted past Matheus. It was a tight call. Maddison then slammed a free-kick from a decent position into the wall.

Leicester were rewarded for their patience with an equaliser as Maddison collected Fofana’s switch of play, turned Ricardo Esgaio inside out before his low left-footed cross was nudged home by the jubilant Thomas.

Fofana then rose to meet a Maddison corner but could only head over as Leicester turned the screw, but, in seeking to secure a fourth straight win in the competition, they were caught on the counter-attack in the final minute of normal time. Vardy opted to cross when he might have run the ball into the corner and after Galeno collected Matheus’ pass, he galloped away from Fofana and took out Jonny Evans with a delicate ball that was thrashed in by the substitute Fransergio.

It appeared Leicester would have to wait to secure their spot in the last 32, but Rodgers’ men rolled up their sleeves and showed their resolve as Maddison found Albrighton in space on the right and his low cross was converted at the far post by the predatory Vardy.

Leicester host Fulham in the Premier League on Monday Night Football, live on Sky Sports; kick-off is at 5.30pm. The Foxes return to Europa League action next Thursday when they travel to face Zorya Luhansk at 5.55pm.