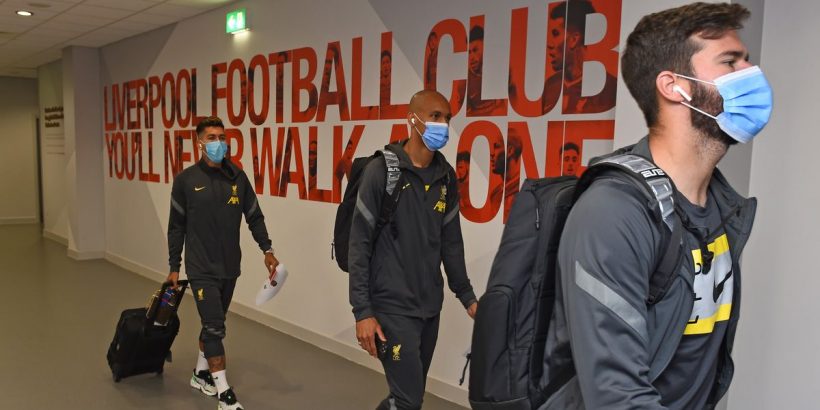 Brazil are set to clash with Liverpool chiefs by calling up three of their first-team stars for international duty.

Premier League stars are slowly returning to their clubs as the latest round of fixtures for World Cup qualifiers have been played out.

Jurgen Klopp will welcome the return of players such as Egypt’s Mohamed Salah, Portugal’s Diogo Jota and the Netherlands’ Virgil Van Dijk.

But Brazilian outlet Globo Esporte have reported that the Selecao could take three of Liverpool’s stars for an extended period.

Goalkeeper Alisson, midfielder Fabinho and forward Roberto Firmino avoided a call-up for World Cup qualifiers against Chile and the suspended game against Argentina.

It was part of a league-wide stance that the English top-flight clubs would not allow players to be released to South America due to Covid-19 concerns.

Anyone travelling from the continent to Britain has to undertake a mandatory 14-day quarantine.

But the report states that Brazil manager Tite ‘will not be stopped’ from calling up stars from the Premier League for upcoming games against Venezuela, Colombia and Uruguay in October.

Do you think Alisson, Fabinho and Roberto Firmino should travel for Brazil international duty? Let us know in the comments section.

And the news will be announced on September 14th and would mean Liverpool’s three players would miss some key games.

Assuming Fabinho, Alisson and Roberto Firmino travel back the day taking on Uruguay on October 14, they would miss a trip to promoted side Watford two days later.

While a heavyweight Champions League clash against Atletico Madrid on October 19 and travel to rivals Manchester United five days later would be missed too.

The report states that Liverpool will still be ‘willing to hold back’ their players from international duty.

But the Selecao ‘expect’ to have organising body FIFA on their side, with the world footballing authority ‘punishing’ clubs for not releasing their international stars.

Liverpool have enjoyed an unbeaten start to their 2021/22 campaign, beating Norwich and Burnley before battling to a draw against Chelsea.