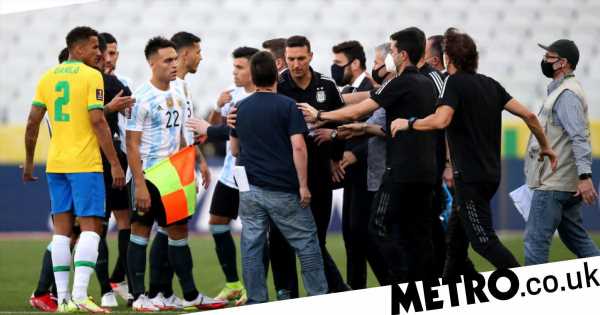 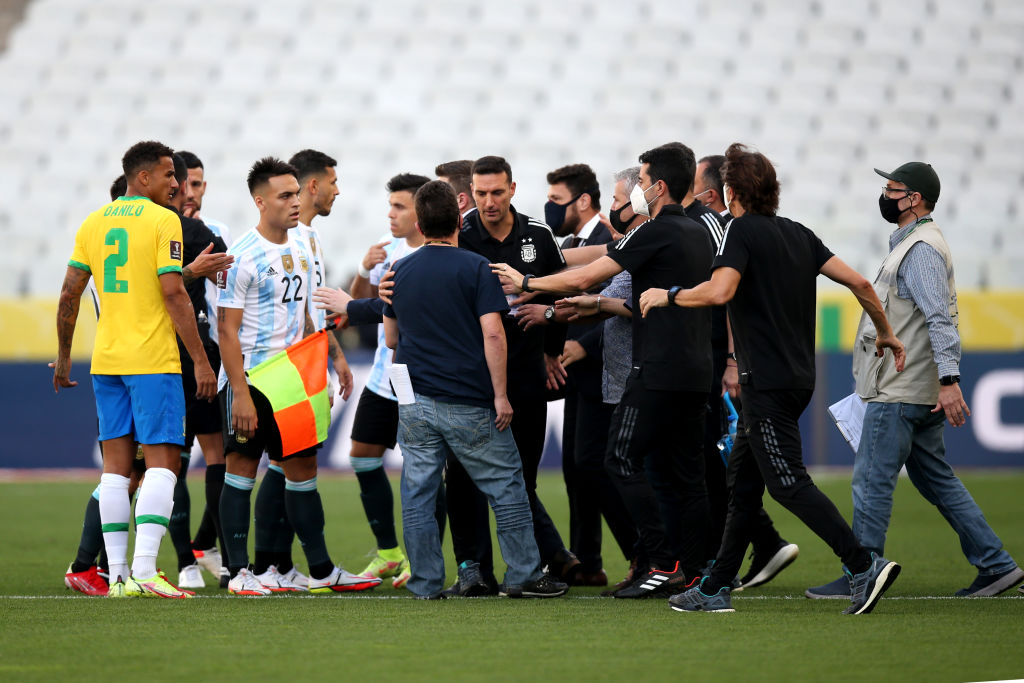 There were incredible scenes during the Brazil v Argentina World Cup qualifier in Sao Pauo on Sunday as health officials came onto the pitch five minutes into the match in order to detain four Argentina players.

They also claim that the Argentinians did not declare that the four men had been in the UK in the last 14 days, which would have meant they had to quarantine for 14 days. Argentina, though, believe that they have been in the CONMEBOL bubble, which means they did not have to comply to those rules.

The situation was known before the match, with Brazil’s health authority Anvisa releasing a statement, but why they chose until five minutes into the match to act is not at all clear.

Anvisa’s statement read: ‘Anvisa considers the situation a serious health risk and so has asked local health authorities to determine the immediate quarantine of the players, who are stopped from participating in any activity and should be prevented from remaining on Brazilian soil.’

Martinez, Lo Celso and Romero were all in the starting XI for Argentina in Sao Paulo after CONMEBOL and FIFA had spoken to Brazilian health authorities and it was believed that all was well for them to play.

Travel within South America for elite sports people is permitted, but Brazilian authorities did not want those travelling from the UK to be involved.