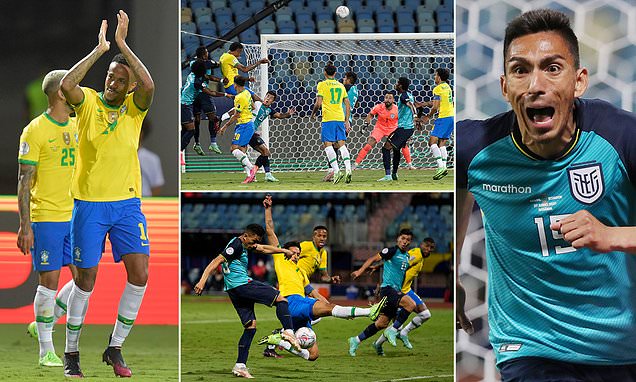 Brazil failed to win for the first time in 11 games but still qualified top in Group B for the quarter-finals of the Copa America after drawing 1-1 with Ecuador in Goiania on Sunday.

The draw at an empty stadium in central Brazil marked the first time that Brazil have not picked up a win since they lost 1-0 to Argentina in a friendly in November 2019.

The host nation had already qualified in first place in Group B and rested a number of regulars, with Gabriel Barbosa, Everton, Douglas Luiz, Fabinho and Douglas Luis among those getting a chance from the start. 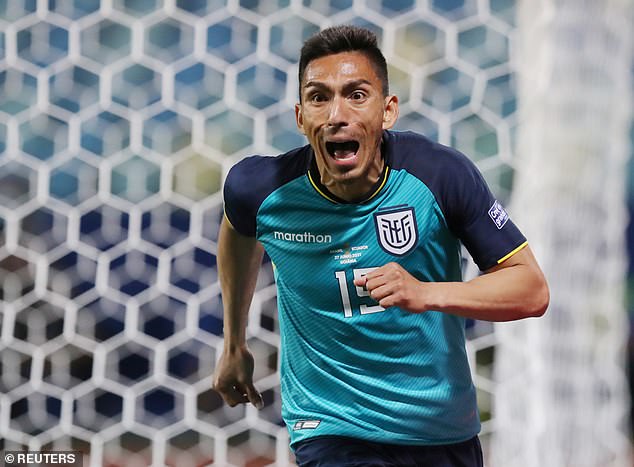 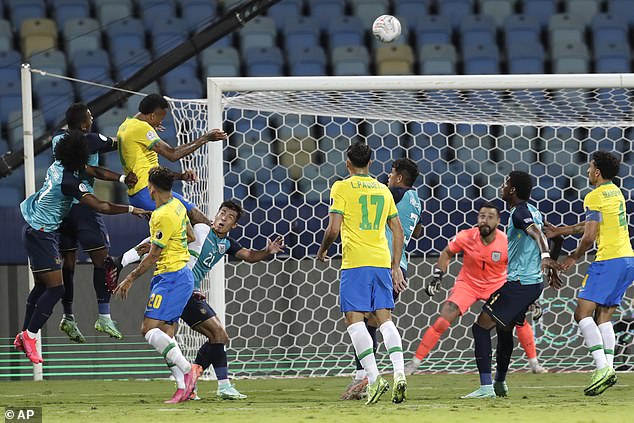 Lucas Paqueta was a bright presence in a team that missed Neymar’s creativity going forward, but most of the replacements failed to impress even though Brazil went in 1-0 up at half time thanks to an accomplished header from defender Eder Militao.

Brazil had won their first three group games but were surprisingly pegged back for the first 15 minutes of the second period before substitute Angel Mena equalised for Ecuador with a thumping drive after 53 minutes.

It was not until Casemiro replaced Douglas Luiz after just an hour that Brazil regained their poise.

Nevertheless, neither side made many clear-cut chances and as a draw suited both teams the game petered out slightly.

With Peru defeating Venezuela 1-0 in the other Group B game, Peru joined Brazil, Colombia and Ecuador in the quarter-finals as Venezuela exited.

The Venezuelans were hard hit in the early stages of the tournament when at least eight players tested positive for COVID-19 and had to self-isolate. 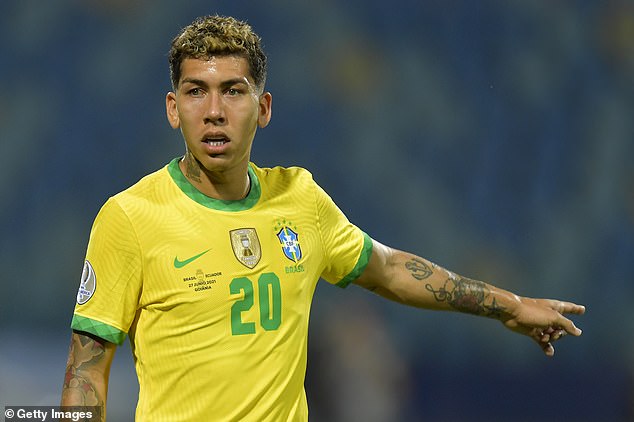 The quarter-final matchups will be decided on Monday after the final round of Group A fixtures.

Argentina, Chile, Paraguay and Uruguay have already guaranteed their place in the last eight.

Bolivia are already out, having lost all three of their games so far.