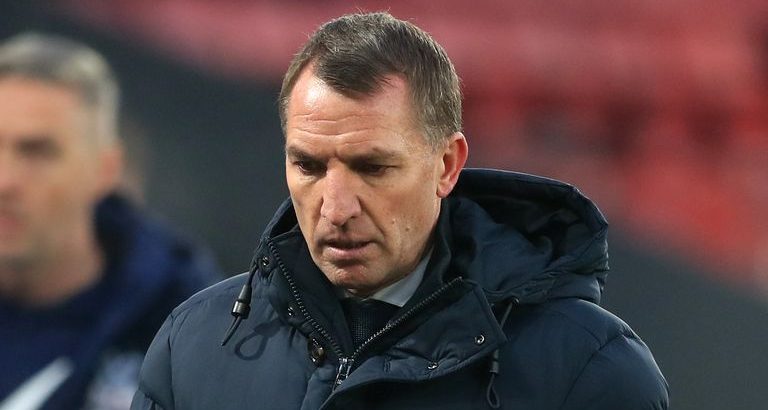 Brendan Rodgers admits Leicester City have made hard work of qualifying for the Champions League this season.

The Foxes have slipped to fourth in the Premier League table ahead of Tuesday’s trip to Manchester United with Friday’s surprise 4-2 defeat to Newcastle allowing Chelsea to overtake them with a 2-1 win at Manchester City.

West Ham’s 1-0 defeat to Everton ensured the fifth-placed Hammers remain five points behind with three games left but Rodgers knows it should have been easier.

“We are very close to achieving what we want but we know we have to fight and we have made it difficult for ourselves, that’s the reality,” he said. “In the last two games, we haven’t got the results we wanted to.

“That means we have to really push and look to win these games, starting with the next game.

“It [being in the top four] shows you how well they’ve done in a lot of the other games but we have got to play the Europa League finalists and the Champions League finalists in two of our last three league games.”

The Foxes go to Old Trafford ahead of Saturday’s FA Cup final – their first in 52 years – with Chelsea.

Jonny Evans is expected to miss out against his former club with a heel problem while James Justin and Harvey Barnes (both knee) are out.

Rodgers added: “It is what it is, Chelsea will have a game midweek [against Arsenal] as well. It’s good to have a game to get Friday out of the system. We’ll recover and get ready to go again.

“We have shown over the course of the season how the team is developing. It’s about concentration and if you concentrate you give less possibilities to make mistakes.

“On Friday we lacked that, you do that against good players and they will punish you. That’s the learning. Especially when you get young players, that’s the learning they need to have in order to succeed.”