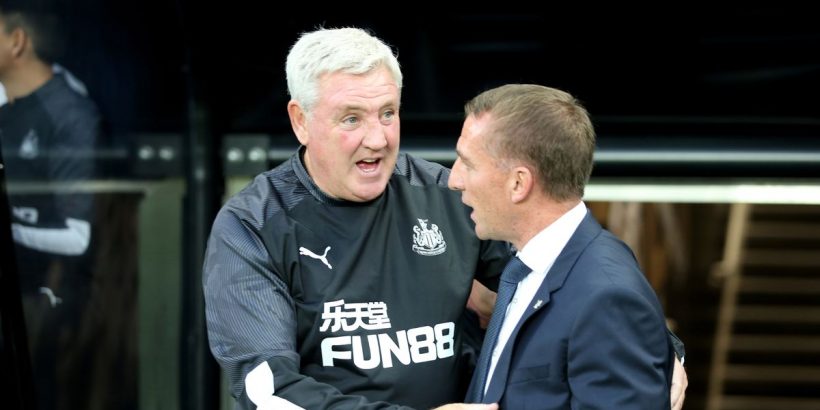 Brendan Rodgers has reportedly become the prime target for Newcastle United's new owners, who are willing to buy the Leicester boss out of his contract and replace Steve Bruce. However, the former Liverpool manager apparently has no interest in the role.

Newcastle recently became the richest football club in the world and current Magpies boss Bruce is expected to be replaced imminently due to the change in ownership.

Mike Ashley finally got his big pay day as British businesswoman Amanda Staveley helped a Saudi consortium buy the club for £300million, and the mega-rich owners are keen to bring success to Newcastle.

Rodgers had been identified as the no.1 target to lead the rebuild, but the Leicester boss has had his say.

According to The Telegraph, Rodgers will not be leaving Leicester to become the new Newcastle boss should the club part ways with Bruce, as he has no interest in the job and is fully committed to the Foxes.

Rodgers' stance was revealed after Sky Italy reported that Newcastle had made the Leicester boss their 'no.1 target', and they were ready to pay £14m to buy him out of his current deal at the King Power Stadium.

Should Brendan Rodgers leave Leicester to join Newcastle? Comment below

The Northern Irish boss emerged as an ideal candidate to lead the Newcastle rebuild following his brilliant track record of improving clubs such as Swansea, Liverpool and Celtic before joining Leicester.

Rodgers made a name for himself after he achieved promotion to the Premier League in 2011 with Swansea, and he almost won Liverpool their first ever Premier League title during the 2013/14 season.

The current Leicester boss made history at Celtic as he won the first ever 'double treble', as he led the Scottish giants to back-to-back trebles, before leaving to return to England with the Foxes, helping them win their first ever FA Cup.