Chris Hughton has warned any potential suitors that it will cost a significant amount of money to prise Shane Duffy away from Brighton.

He believes that not only have the club ‘protected an asset’ by recently persuading the Republic of Ireland international to sign a new five-year contract committing him to Brighton until 2023, but that the 26-year-old will continue to improve.

Duffy’s central defensive partner Lewis Dunk has also made the same commitment and the pair have been influential in Brighton securing three successive 1-0 victories against Wolves, Newcastle and West Ham. 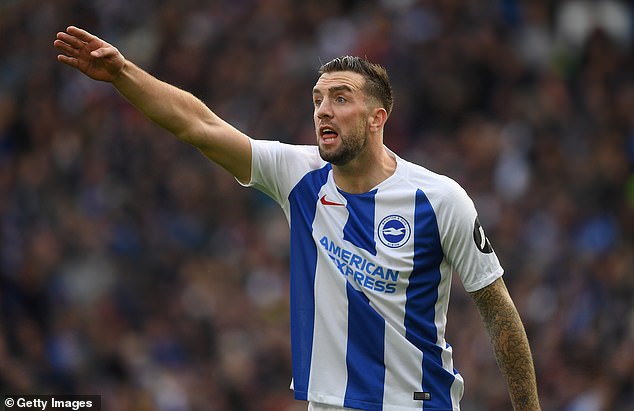 On Saturday Duffy returns to Everton, where he began his professional career.

Hughton, who is in contention to be rewarded for his team’s fine form by being named October’s Manager of the Month, considers Duffy central to his aim of establishing Brighton as a consistent Premier League team.

He cost only £4million when he arrived from Blackburn two years ago, and Hughton said: ‘Any interest in the players that are playing very, very well, there would be a premium that goes with that.

‘Whether that puts some teams off, I don’t know, but (Duffy’s) a player that’s done really well for us, and I still think there’s more to come from him.

‘You want to buy players and you’re looking at individual players, and of course everybody’s price goes up, and that would be exactly the same for us. 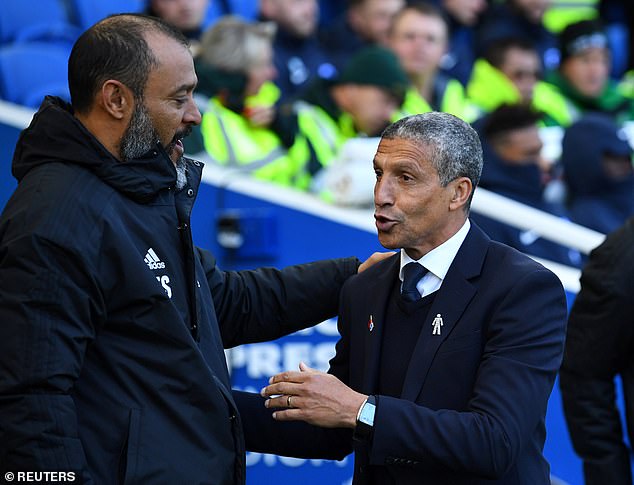 ‘As a club, what you have to do is protect yourself, and firstly he deserved (his new contract) for the performances that he’s put in. We’re conscious of how well he’s done for us and it’s a good opportunity for this club to protect an asset.’

Despite Hughton’s optimism at their encouraging form and a wider appreciation of his team’s development, he is adamant that survival remains Brighton’s priority.

On Saturday at Goodison Park they will be without the injured Pascal Gross and Davy Propper, and the 59-year-old manager said: ‘As quick as we can have a good period of games, it can go the other way, so still it’s about that 40-point mark.

‘It has to be. Even though it was 38 last season, and possibly in people’s minds that 40 target will start to dwindle down, I won’t change – this is our second season (in the Premier League).’