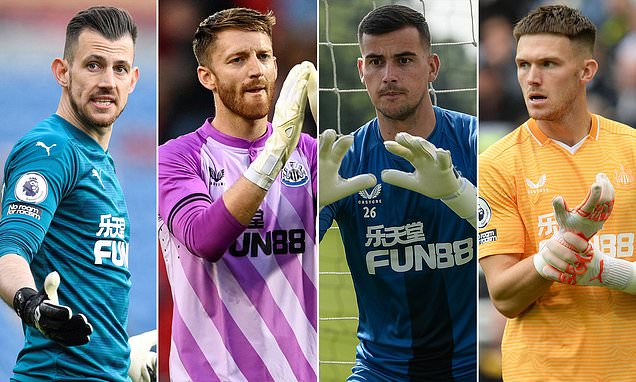 Newcastle are considering naming four goalkeepers in their 25-man Premier League squad – and Steve Bruce has warned that could affect transfer business.

Freddie Woodman came in for his Premier League debut during last weekend’s 4-2 defeat by West Ham, with usual third-choice Mark Gillespie on the bench. 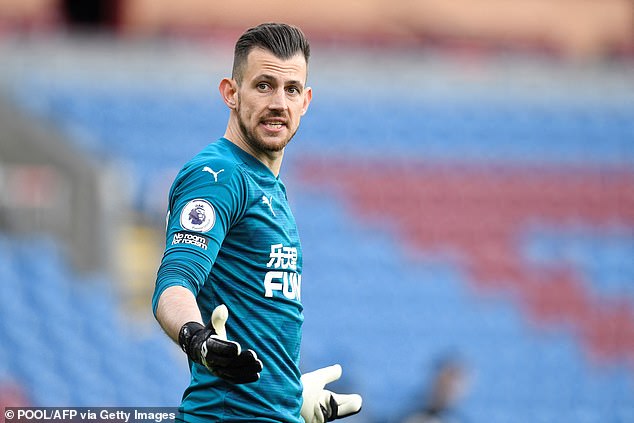 And Bruce revealed: ‘We have a problem with the goalkeeping situation where we’re toying with the idea of naming four in the squad, which is unheard of.

‘It’s a big concern – it’s not great when your two most experienced ones are struggling.

‘We have to make that decision at the end of this month when we name our squad. It’s a difficult situation we find ourselves in, especially as the season has only been going a week. 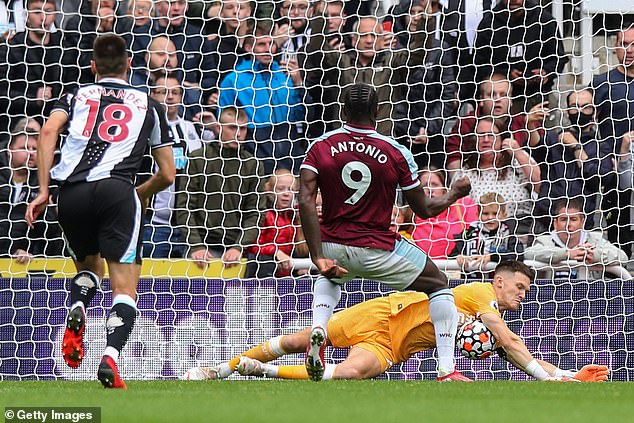 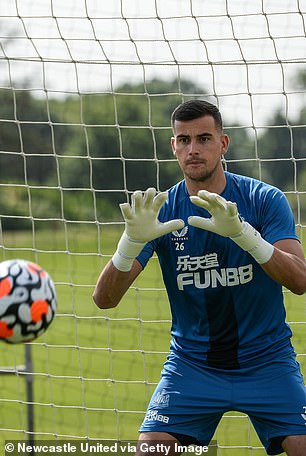 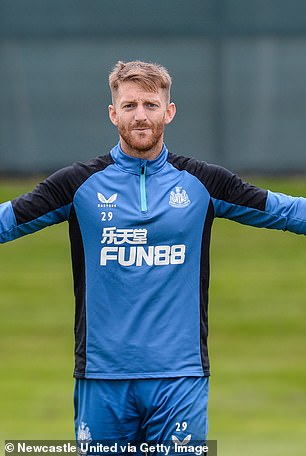 ‘But we’ve had a setback with Dubravka, whose scar has got badly infected. That’s not looking very good. It will set him back a few weeks.

‘And then Karl, who has been out of hospital a couple of weeks but is unfortunately nowhere near. He has still not overcome his Covid situation.

‘He was in hospital for near enough a week. He was struck down and the severity of it is pretty evident when you saw him come out of hospital.

‘So they are both a long way off.’

Woodman was set for a loan move to Bournemouth but will now continue between the posts for Saturday’s trip to Aston Villa, for which Jonjo Shelvey will be missing with a calf problem.

Should Woodman remain at the club then that could close the door on incomings, unless others were sold or loaned out. Sean Longstaff is in the last year of his contract and the club would want £10m were the likes of Everton to make a move.

Bruce said: ‘If we had three goalkeepers then we’d have one space in the squad. If we name four then we have no space. So that does come into the reckoning.’ 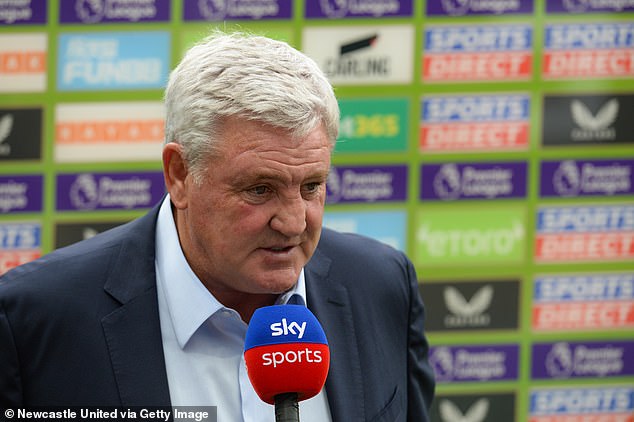 The Magpies boss was given a budget of just £10m at the start of the summer but Mike Ashley was always going to make an exception for Joe Willock, the loanee who scored seven times last season and returned in a £25m deal from Arsenal last week.

Bruce added: ‘I didn’t think we’d be able to buy Joe the way we did, we broke all the rules.

‘So I will never say “never” (regarding more signings). If someone comes along who can help us then we will try to act. But we have a decently balanced squad.’

Meanwhile, Bruce has revealed that many of his squad are refusing to get the Covid-19 vaccination.

‘We have a lot of players who have not had the jab,’ he said. ‘That’s their prerogative.

‘We had a Premier League meeting where half of it was about Covid and how important it is that people have the jab. A quarter of the people in hospital at the moment are under 30, simply because they’ve not had the jab.

‘We’ve witnessed it with a few of our players who were really sick. I would advise you get the jab.’