Manchester United star Bruno Fernandes has joked that if he had the pace of Marcus Rashford, he’d win the Ballon d’Or. Fernandes has been one of the club’s best signings in recent memory, and seems a contender for Premier League player of the year.

Fernandes is one of the best players in the Premier League, and has carried the team at times this season.

The Portuguese playmaker has provided 11 assists and scored 18 times in 36 games in the league in what has been a brilliant first full campaign.

He’s been one of the main drivers behind United finishing second in the Premier League, and has helped carry them to the Europa League final.

But it seems the attacking midfielder still isn’t content with his own performances, as he told the club website that he wishes he had the pace of Rashford. 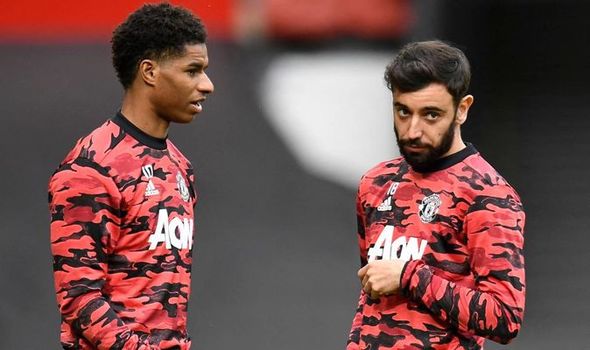 When asked which of his team-mates qualities he would take, he opted for Rashford’s pace and explained he would be a Ballon d’Or contender if he was faster.

Fernandes isn’t known as a particularly slow player, but insisted he feels like improving his foot speed would make him a better player.

“I don’t know honestly as we have so many qualities in the team,” he replied when asked which of his team-mates’ qualities it would take during a fans Q&A.

“I think I’m not the slowest player in the world but if I would have the pace of Rashy, honestly, I would be a Ballon d’Or [winner] already.

“With the pace he has, oh my God, he’s unbelievable.

“It’s incredible the way he is and, when I talk about pace, it’s about running with the ball and without the ball, and, at the same time, the pace in his feet.

“The quality he has, the moves he has and the agility he has to come away from difficult situations. It’s unbelievable.”

Fernandes went on to explain that one of the biggest regrets he has is not having spoken to Sir Alex Ferguson yet. 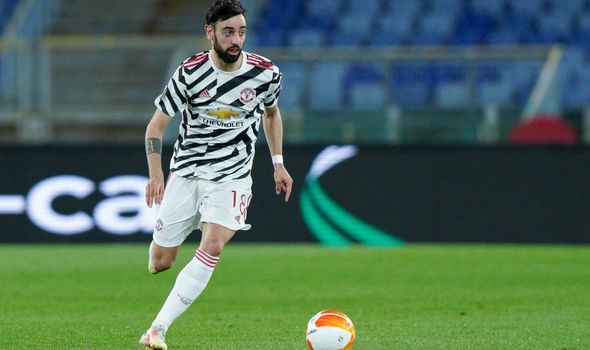 “I met him already but never had the chance to speak with him like I would like to do,” he said.

”I think everyone who watched Manchester United in the past remembers Sir Alex.

“I would like to have a conversation with him and understand, from his point of view, what he thinks about me and what I can improve or still improve in my game to be better.”