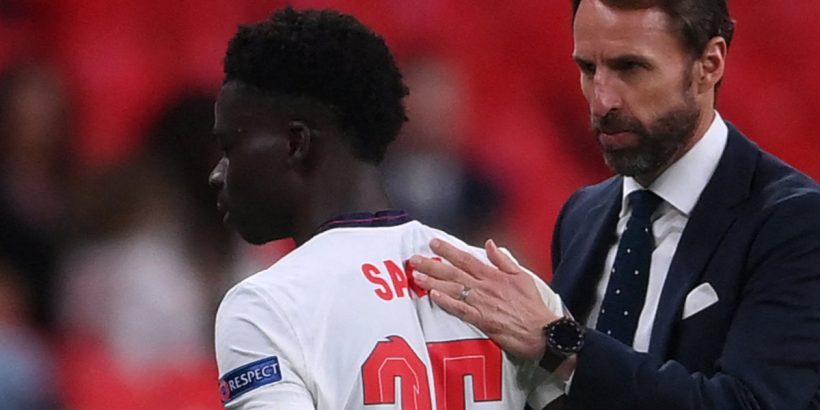 The danger with rotating your side in the third of your three tournament group games once qualification is already secured is that you can give yourself a selection headache that you did not need in the first place. Gareth Southgate already has plenty of those, after all. Every England team sheet seems to establish a new front in the running culture war over who should start. Every decision he makes sees this or that player rise or fall in the clamour rankings.

And despite the lower stakes, this time was no different. Jack Grealish’s popularity can be explained by him being the player every England fan wanted to be before they failed to become a footballer and, finally, he started. Even that was not enough for some at Wembley, who jeered his second-half substitution. Admirers of Jadon Sancho do not even get that much. He may be arguably the most talented – and according to the stats, the most productive – member of England’s attack but he only played eight late minutes.

And now, seemingly out of nowhere, there is another name in the mix. For the highlight of this solid, unspectacular but absolutely necessary 1-0 win over the Czech Republic was Bukayo Saka. The Arsenal youngster’s inclusion in the starting line-up, operating on the right-hand side of the attack, was Southgate’s biggest surprise. But it should not really be a surprise at all.

Do not be fooled by Saka’s squad number, a lowly 25 of 26, or think his relative inexperience at this level puts him on the bottom rung of the pecking order. He may still only be a teenager, not 20 years old until September, but is already the most important player at one of the biggest clubs in the country – their player of the season, no less – and was more certain of a place in Southgate’s final squad than several others who got the call.

Part of that is down to his versatility. Since making his debut just last October, he has been listed as both a defender and a forward on the official squad lists. Some would look at the positions he took up here and say he was playing in midfield. The point is that he offers options, and that is something that was a huge factor in why he was always likely to earn a place in Southgate’s final squad.

Though starting on the right here, the England set-up already know – after only a few camps working with him – that they can trust him to play on the left in the same system or as a left wing-back in a back five. They have been impressed, too, by his commitment and clear eagerness to be an active part of things. When a hamstring injury ruled him out of the March internationals, he came along to watch anyway.

But then it’s also hard not to be impressed by just watching Saka play. His confidence to run at players belies his age and the decisive goal came from that bold streak, a direct run at a Czech defence in retreat supported by Kalvin Phillips. His subsequent cross was a little bit over-hit but set the move that led to the goal in motion. It was not the only bright moment. He took on and successfully beat a Czech player four times in the first half.

It may be no accident that he started here, given the opposition. Saka was directly up against Jan Boril, who he beat up so badly in Arsenal’s 4-0 win over Slavia Prague earlier this season that the left-back was forced off at half-time. Southgate and his backroom team have watched Saka closely enough this season to know that and identify that he could do the same again. 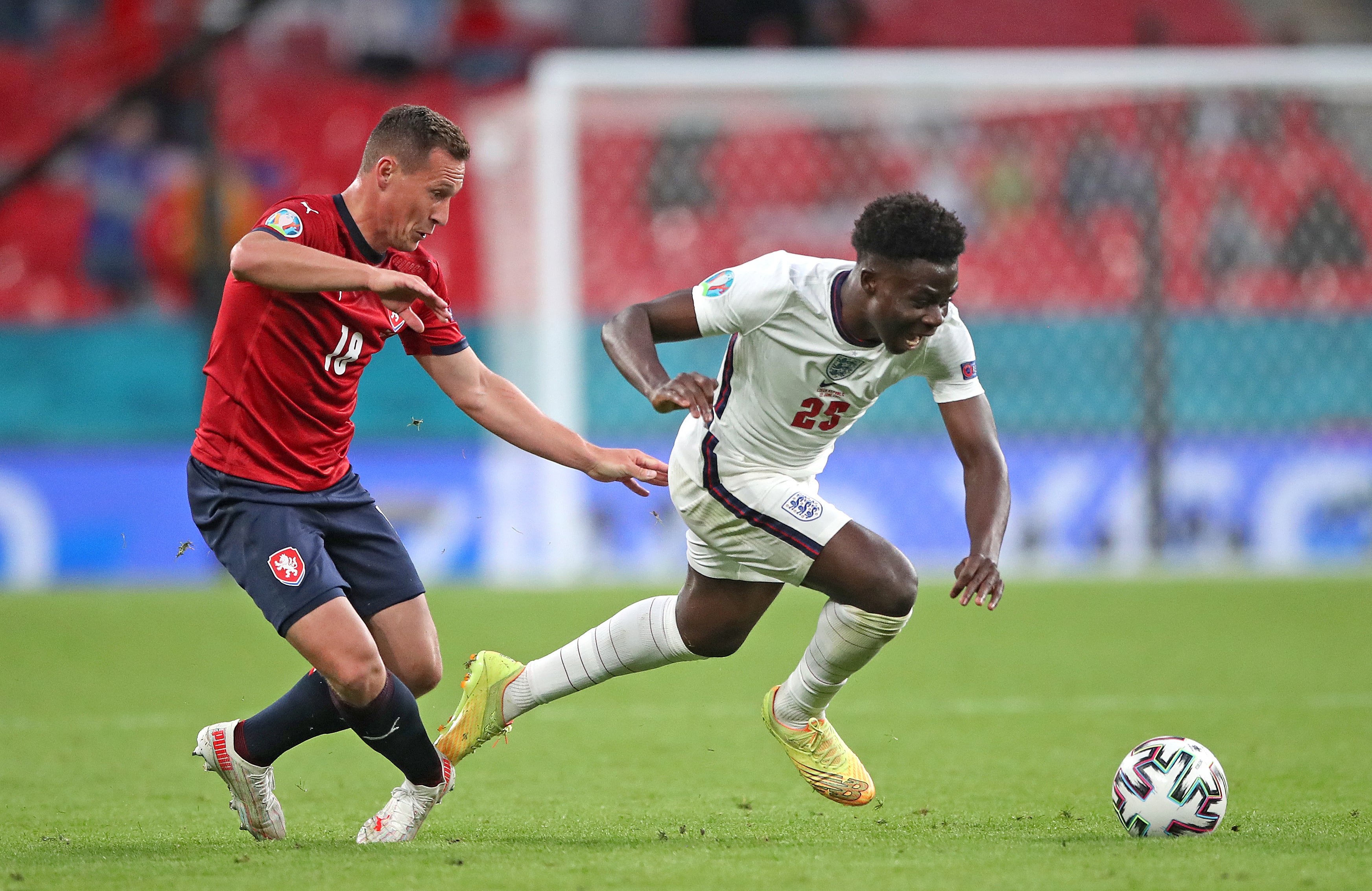 Bukayo Saka in action against the Czech Republic

There will now, inevitably, be a desire for him to start in the knockout stages, but how exactly do you include him, Grealish and Sancho? You certainly can’t without dropping either goal-scorer Raheem Sterling or the previous golden boy Phil Foden. But ‘Little Chilli’ – his nickname at Arsenal – has spiced up that conversation. Saka is undoubtedly part of the debate, and always has been, as Southgate suggested in the build-up to this game.

“In terms of wide players or players that can play in those areas and come inside, we have Raheem, we have Phil Foden, we have Jack Grealish, we have Marcus Rashford, we have Bukayo Saka and we have Jadon,” he said when questioned about Sancho’s lack of opportunities. “They’re all very good players, so if you weren’t asking me about Jadon you’d be asking me about one of the others. That’s the nature of it.”

They will be asking about Saka now if he is not starting when England return to Wembley next week. But then Southgate expected that much. He was never meant to be a makeweight in this squad. He is just another of the many attacking options at England’s disposal and another potential selection headache.