There is plenty of action in the Premier League this afternoon as both Chelsea and Arsenal return from Europa League action.

Chelsea visit Burnley as they look to keep the pressure on Liverpool at the top of the table. Maurizio Sarri’s unbeaten Blues are five points behind the Reds.

In south London, Unai Emery and his Arsenal side will go in search of a twelfth straight victory in all competitions against Crystal Palace.

Join Sportsmail’s ANTHONY HAY for all the action from the early afternoon kick offs.

A good omen for Arsenal today…

1 – Arsenal have won more points (437) and averaged more points per game (1.81) in Premier League London derbies than any other team. Capital. #CRYARS

Arsenal playmaker Mesut Ozil has said he laughs off criticism from pundits and rival fans.

The current Gunners captain instead works closely with Unai Emery to work on his weaknesses and bounce back from poor displys.

He told Sky when asking about receiving critisim: ‘I just laugh. I don’t listen to them. I know when I haven’t played well but the most important thing is the coach can help me. I hate to lose. I want to win titles with this team. We have the potential, it will be hard but we will do everything to reach our goals.’ 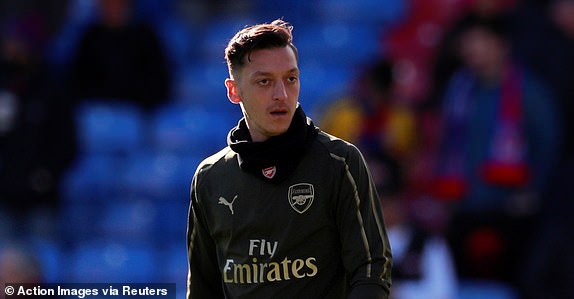 Alvaro Morata once again is given the chance to lead Chelsea’s attack with rival Olivier Giroud on the bench.

The Spaniard failed to impress against Manchester United but his manager has kept faith in him.

Morata has just three goals in 12 games for Chelsea this season so the pressure is on for him to perform. 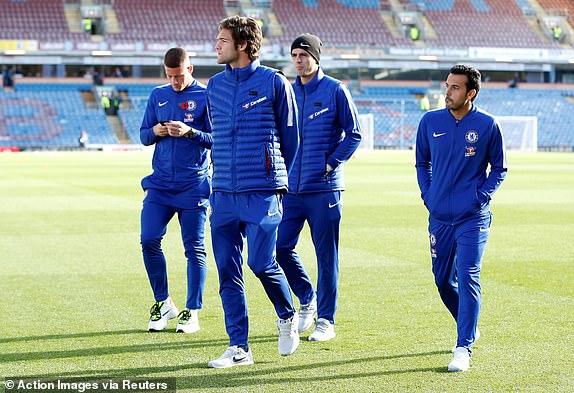 Roy Hodgson insists spirits are still high in and around Selhurst Park despite Crystal Palace’s recent poor run of form.

Speaking to Sky, Hodgson said: ‘It is important to get points and we know the games coming up are difficult. We need to put in a performance that gives us a chance. We understand that sometimes all you need is a good result which could move us up the table quickly.

‘They are playing extremely well and don’t have any weaknesses at the moment. The players are aware of the task they will be confronted with and will raise their game.’

Palace go into today’s game on the back of three defeats against Bournemouth, Wolves and Everton.

The Eagles were slightly unlucky against Everton as captain Luka Milivojevic missed a penalty at Goodison Park at 0-0.

Sportsmail columnist Jermaine Jenas has been impressed with Arsenal but still has doubts whether they can finish inside the top four this season.

Here’s a snippet of his latest column: ‘Whether they can sustain this run and stay in the top four is questionable. I still don’t think they will be good enough defensively over the season to do that.

‘The back four doesn’t convince me and that is usually the foundation for a top side.’

READ HIS COLUMN IN FULL HERE

Wilfried Zaha will have to be at his best if Palace are going to get anything today.

When he doesn’t play well, Palace usually fail to pick up points as he is their talisman.

With Christian Benteke out, the pressure increases on Zaha to score the goals.

Palace go into today’s game in 15th and they face Chelsea, Tottenham and Manchester United after facing Arsenal.

As mentioned before Unai Emery’s Arsenal are today chasing their 12th consecutive win.

They started their season off with two straight defeats against Manchester City and Chelsea but have won every game since.

It’s definitely fair to say Emery has settled into life in England with ease.

A trip to Selhurst Park is never an easy one but the north London side will be confident of continuing their superb run.

Bernd Leno has been given the nod to start once again despite Petr Cech’s return from injury.

The German has impressed during Arsenal’s superb run of form so deservedly keeps his place in between the sticks.

Unai Emery said of his decision: ‘I am very happy with both. Two goalkeepers of a high level, today good to continue with Leno.’ 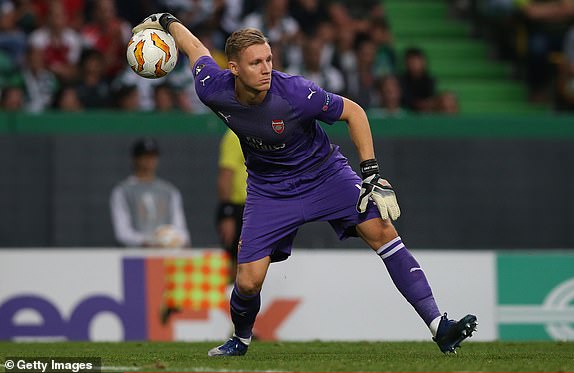 It seems Granit Xhaka will be deployed at left back after his impressive display in defence in midweek against Sporting Lisbon.

With Nacho Monreal and Sead Kolasinac out injured, Unai Emery has decided to turn to Xhaka to fill the void left by the aforementioned duo. 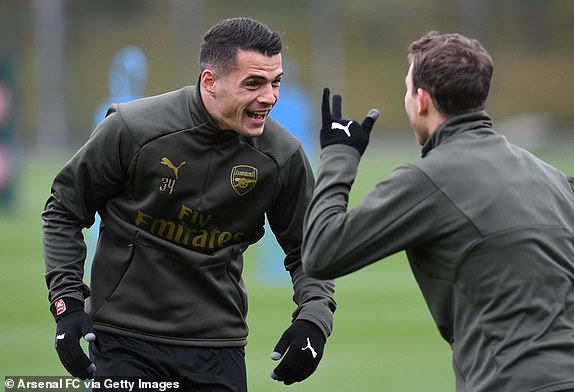 Chelsea ace Eden Hazard is missing today as he failed to recover from a back injury.

It means Pedro comes in for him on the wing while Ross Barkley has replaced Mateo Kovacic following his late equaliser against Manchester United last Saturday.

Before we provide regular live updates on today’s football, we would first like to wish everyone connected with Leicester Football Club all the best following last night’s helicopter tragedy.

We are also hoping Sportsmail columnist Glenn Hoddle has a speedy recovery after his heart attack at BT’s studio on Saturday.