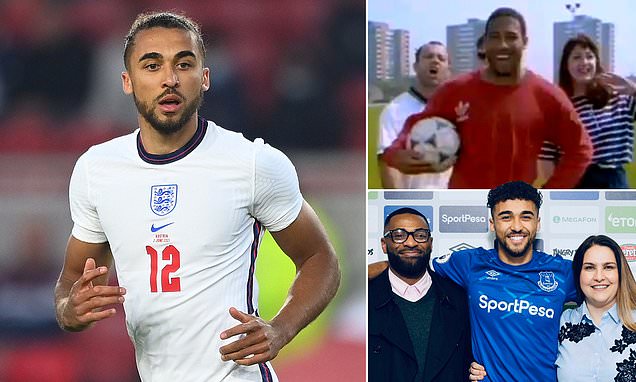 The Everton man, 24, was selected in the final 26-man Three Lions squad Gareth Southgate will take to the rescheduled tournament where he will look to make his mark as understudy to captain Harry Kane up front.

When his inclusion was finally confirmed, Calvert-Lewin was serenaded by his father Karlda who belted out the lyrics of the famous solo by Barnes in the famous 1990 England World Cup song World in Motion by New Order over video call. 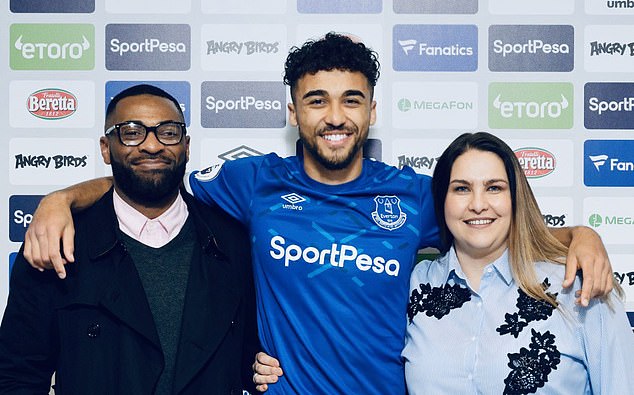 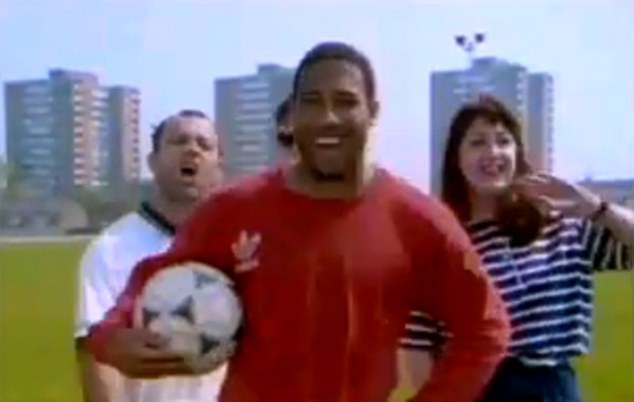 ‘I was waiting on Tuesday to get the official announcement to know I was in the squad and my dad FaceTimed me and started singing the John Barnes tune’, revealed Calvert-Lewin.

‘He’s rubbish but it’s quite funny and I expect nothing less from him, that’s the kind of relationship we’ve got. So I was laughing at that.’

The former Sheffield United striker will win his ninth England cap when he starts against Romania on Sunday after only making his national debut earlier this season. 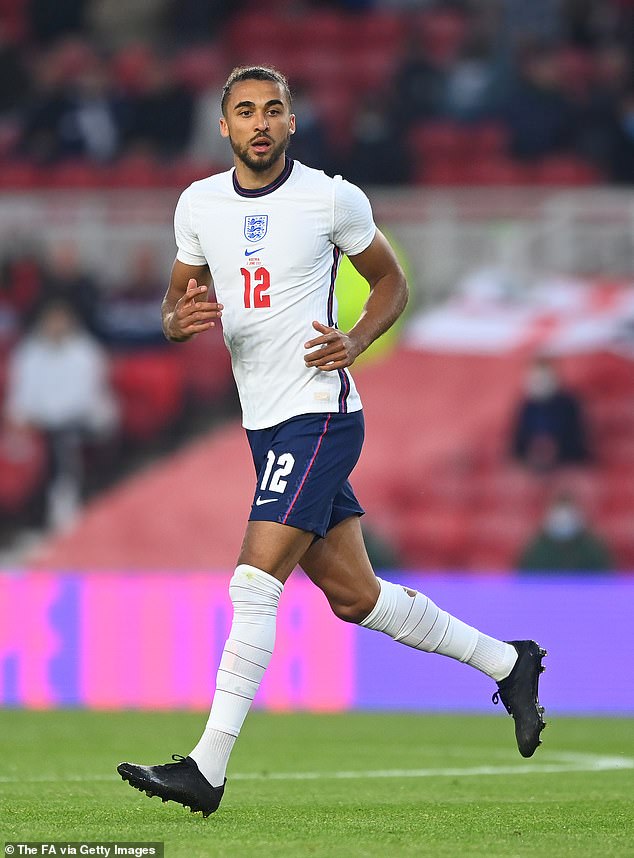 After a rapid rise to becoming one of the Premier League’s most deadly strikers, Calvert-Lewin said he will not let up on his impressive journey and thanked his family for the support they have given him to get to this point.

‘My family have always been a part of my journey,’ Calvert-Lewin added.

‘I owe everything to them and I know it makes them incredibly proud every time I do something for England or get called up. Once I hit one milestone, I’m looking towards the next but they’re just proud to see me pulling on an England shirt.’

After England’s final warm-up game is out of the way, Southgate’s men will turn their attention to their opening Euro 2020 fixture against Croatia next Sunday.