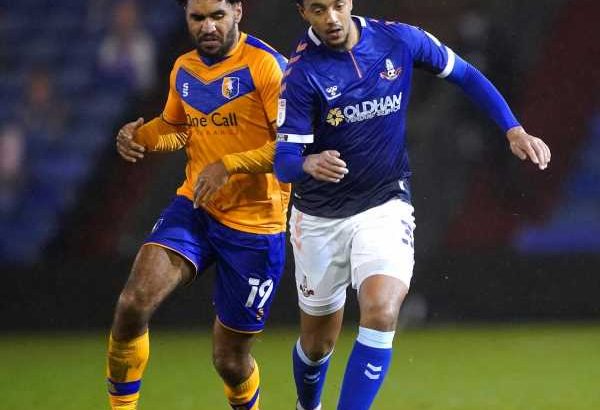 The 24-year-old former Manchester United trainee will officially sign a two-year deal with the Brewers when his contract at Oldham expires at the end of this month.

He told the club’s official website: “I know Dino and I know his feelings on me as a player, so that was one of the reasons I came here. The manager is a legend in his own right, so I met with them, their thoughts were the same as mine.

“I just want to prove myself this season, push on and help the club.”

Hasselbaink was delighted to have captured Borthwick-Jackson, who made 14 senior appearances for the Red Devils, 10 of them in the Premier League.

The Brewers boss said: “He has big potential, if we can get it right with him, and it’s a very exciting signing for us.”