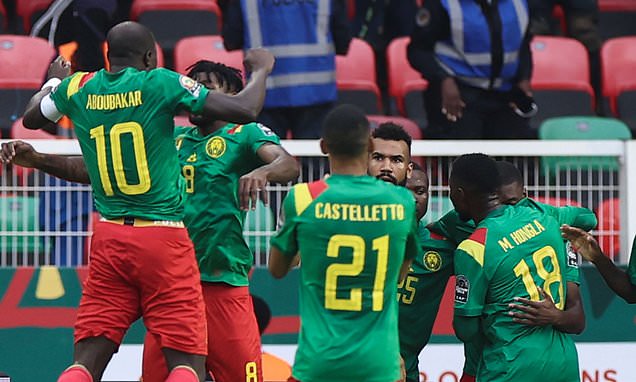 Cameroon vs Ethiopia LIVE: Both sides find the net in the opening 10 minutes as AFCON hosts bid to make it back-to-back Group A victories in Yaounde

Cameroon are back in action at AFCON as the tournament hosts bid to make it back-to-back wins when they take on Ethiopia in Yaounde.

The AFCON hosts got up and running with a 2-1 victory over Burkina Faso last time out thanks to two goals from the spot by Vincent Aboubakar, but they will need an improvement in performances to go far in this competition.

Meanwhile, Ethiopia lost to tournament minnows Cape Verde in their opening game and will be desperate for an unlikely victory to keep their hopes of staying in the competition alive.

27 mins: Tolo latches onto a wonderful crossfield ball from Onana. He looks to get it into the box but directs it straight at goalkeeper Shanko.

A foul by Dagnachew gives Cameroon another free kick in the attacking third. The Ethiopian must be careful as he is on a yellow card.

25 mins: Chance Ethiopia! Gebremichael is released down the wing, he has the pace to beat his man and fires at goal. Onana saves but he parries it straight into the direction of Hotessa but he can’t sort his feet out and the chance is wasted.

23 mins: Choupo-Moting is back on the pitch, by the way. He seems okay at the moment.

22 mins: Chance Ethiopia! The underdogs send it out to the right wing, the ball is cut back for Nasir and he strikes the ball cleanly but just drags it wide of goal.

21 mins: Anguissa sends it high and wide of goal, where he should have really whipped the ball across the six yard box.

20 mins: After a spell with the physio, it looks like he will be okay to continue. Back on the pitch, Cameroon have a free kick in a dangerous position and Anguissa is stood over it.

19 mins: Problem for the hosts as Choupo-Moting is down, holding his shoulder. This may not be good for the Bayern Munich man.

18 mins: Ethiopia come frowards now and Gebremichael has the chance to shoot at goal but he does not connect well and his effort is blocked. Sloppy from Cameroon.

17 mins: Fai is having plenty of joy on the right flank. He set up Ekambe’s goal and he’s down the wing again. This time, his cross just evades the head of Choupo-Moting.

15 mins: Ethiopia’s Dagnachew is booked, the third caution of this game. The referee from DR Congo is certainly card-happy at this early stage!

13 mins: Cameroon are stepping things up here, as Aboubakar wastes an opportunity to slip Ekambe in. Ethiopia are playing a high line and they are there to be exploited if Cameroon can get their passes right.

11 mins: Wow, what an electric start to this game! Ethiopia are fighting for everything and Cameroon, the far superior side on paper, just need to settle down and take the sting out of the game. That Ekambe goal certainly helps matters.

Cameroon are back in it! Captain Aboubakar launches a thunderous strike from distance, it is well saved but the hosts keep the ball alive. A ball is sent to the back post towards Toko Ekambe who heads into an empty net. Game on! 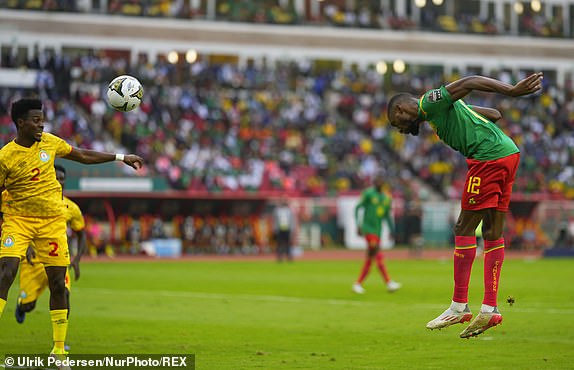 7 mins: Ethiopia are really putting Cameroon on the backfoot here. Led by Nasir, they are pressing hard and Choupo-Moting has been given a yellow card already for a rash challenge.

Ethiopia strike first and STUN Cameroon! Nasir is released down the right hand side, he gets his head up and picks out Dawa Hotessa who makes no mistake in slotting past Onana. 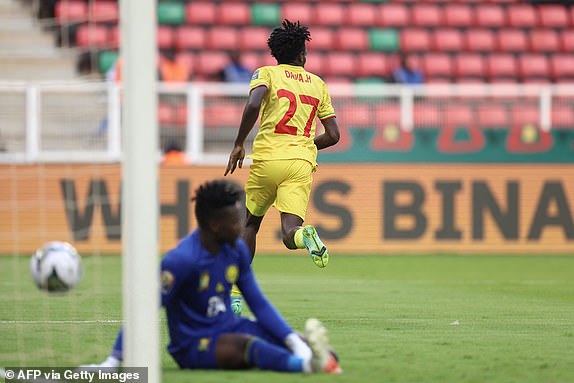 3 mins: Ethiopia play the free kick short and it comes to nothing. The World No 137 ranked side are squeezing up the pitch, though, and trying not to let Cameroon play out from the back.

2 mins: Anguissa gives the ball away in a dangerous position and Nasir looks to pounce, but the hosts get enough men back to stop the counter but Hongla gives away a free kick in his own half.

Referee Ndala Ngambo blows his whistle and gets us under way in Olembe. Ethiopia get the ball rolling.

The players are out on the turf and kick off is moments away! The Olembe stadium is by no means near full capacity, but the atmosphere is still electric for the tournament hosts.

National anthems are being played out, beginning with Ethiopia.

Less than 10 minutes until Cameroon v Ethiopia gets underway. 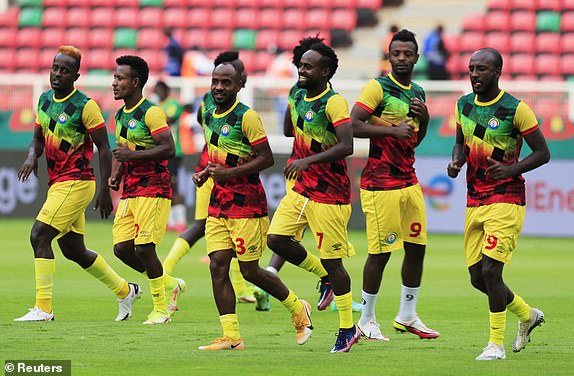 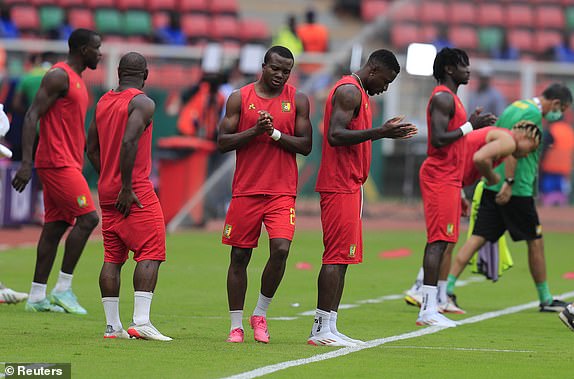 The party was epic and the mood was electric ahead of Cameroon’s curtain-raiser against Burkina Faso. Although the hosts earned a 2-1 victory last Sunday, Alex Cizmic says performances need to improve if they are to seriously challenge this year.

Yesterday’s game between Mali and Tunisia concluded in controversial fashion after referee Janny Sikazwe blew for full time on the 85th minute, resulting in bedlam and huge outrage.

Now, AFCON’s referees chief has confirmed that the official was suffering ‘heat stroke and severe dehydration’ resulting in his losing track of time during the game.

The party has not stopped since the tournament got underway in Cameroon, and the hosts don’t appear to be getting bogged down by the weight of expectations!

The squad have arrived at the stadium in Olembe, singing and dancing while carrying a boombox down a corridor.

Are we all recovered from the absolute madness that unfolded yesterday, folks?

After the drama of Mali v Tunisia, AFCON returns again today with tournament hosts Cameroon back in action against Ethiopia in Group A.

António Conceição’s side were far from convincing last time out against Burkina Faso, but can take a big step towards the knockout rounds with victory today.

Stay tuned as we build up towards this afternoon’s kick off at 4pm GMT. 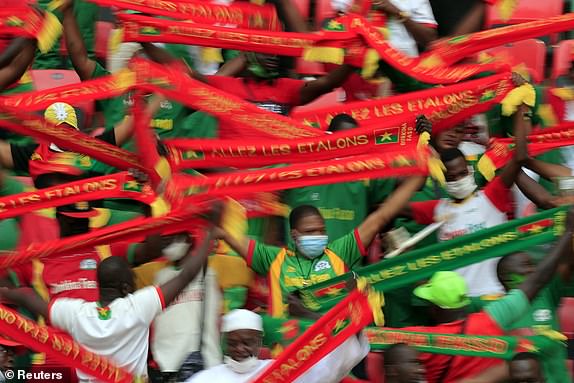 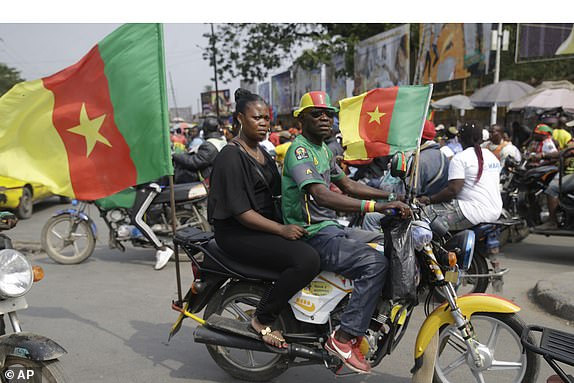 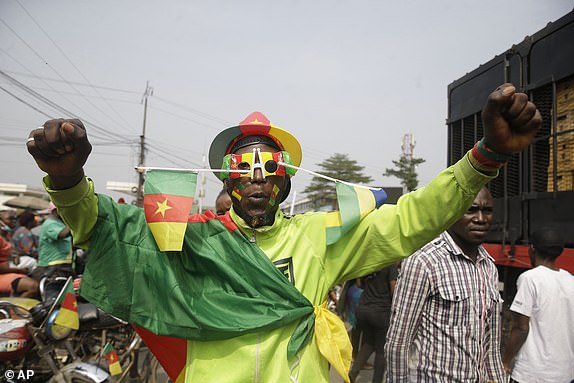