Atiba Hutchinson’s decision to wear a tampon up his nose during Canada’s World Cup clash with Croatia on Sunday sparked plenty of amusement on social media.

Upon suffering from a nosebleed midway through the second-half, the Canadian captain was quickly attended to by his medical team and supplied with a tampon to stop the bleeding.

On the night of Hutchinson’s 100th international cap for Canada, fans on social media were both amused and shocked to see the midfielder run back on to the pitch with a tampon wedged up his right nostril. 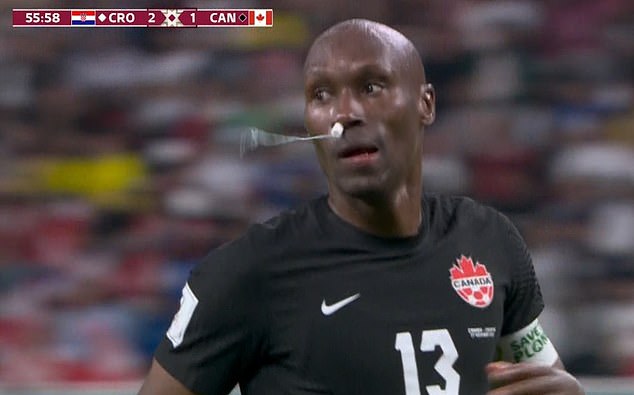 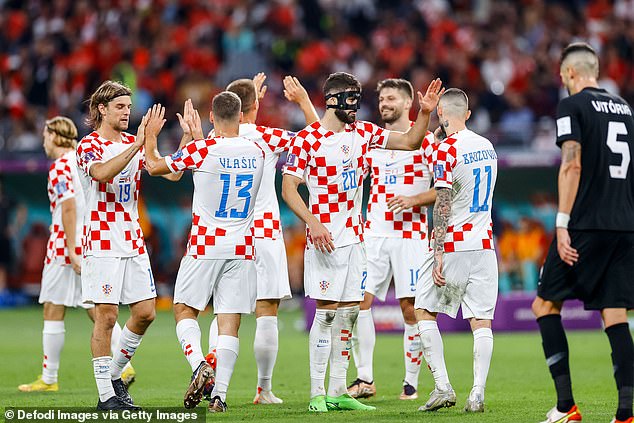 One fan wrote in disbelief: ‘For those who are watching Croatia vs Canada: did you also see a man running with a tampon in his nose or am I seeing things?’

Another bemused supporter tweeted: ‘Pretty sure I just saw a player on Canada with a tampon up his nose?!’

A third jokingly referred to Canada’s healthcare system and said: ‘I though Canada had great healthcare, why does a player have a tampon in his nose on the international stage?’

Alphonse Davies netted Canada’s first ever World Cup goal inside two minutes against the Croats, who mounted a scintillating comeback thanks to goals from Andrej Kramaric, Marko Livaja and Lovro Majer.

Kramaric, who would have turned his brace into a hat-trick were it not for the offside flag, helped Croatia climb to first in Group F following Belgium’s 2-0 defeat by Morocco on Sunday afternoon.

Another wrote: ‘The most relatable person in the World Cup is the Canada player using a tampon for his nosebleed. A hero.’