Cardiff 4-2 Fulham: Neil Warnock’s side climb off the bottom of the Premier League table with first win of the season in six-goal thriller

At times, all that was missing at the Cardiff City Stadium was the Benny Hill theme music. Once again, the art of defending was lost on Slavisa Jokanovic’s Fulham.

Cardiff had scored only four times all season. In a single afternoon here they doubled their tally, with Fulham demonstrating why they have the worst defensive record in the Premier League.

They were the architects of their own downfall in Wales, with their panicking players conceding four goals that could have been prevented. Frankly, it was not pretty. 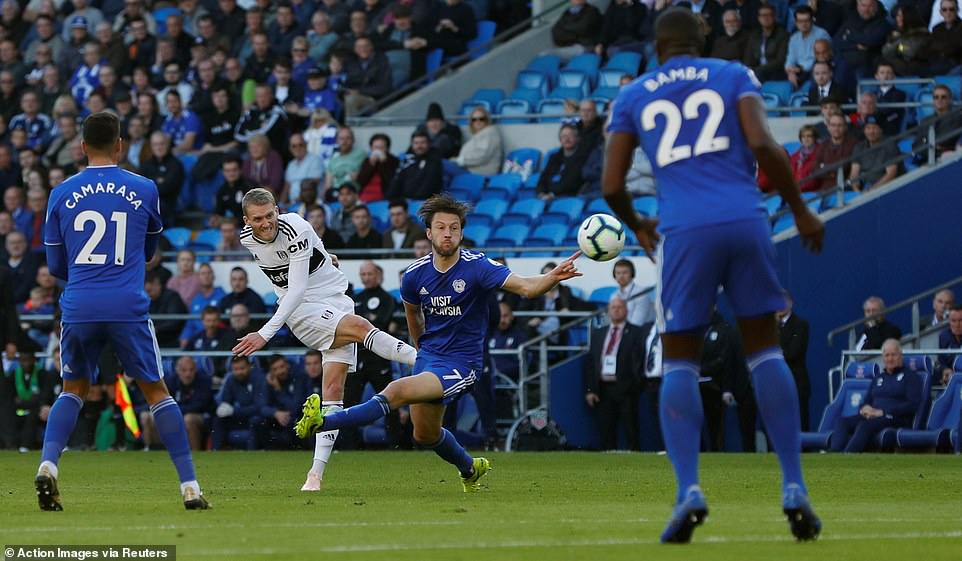 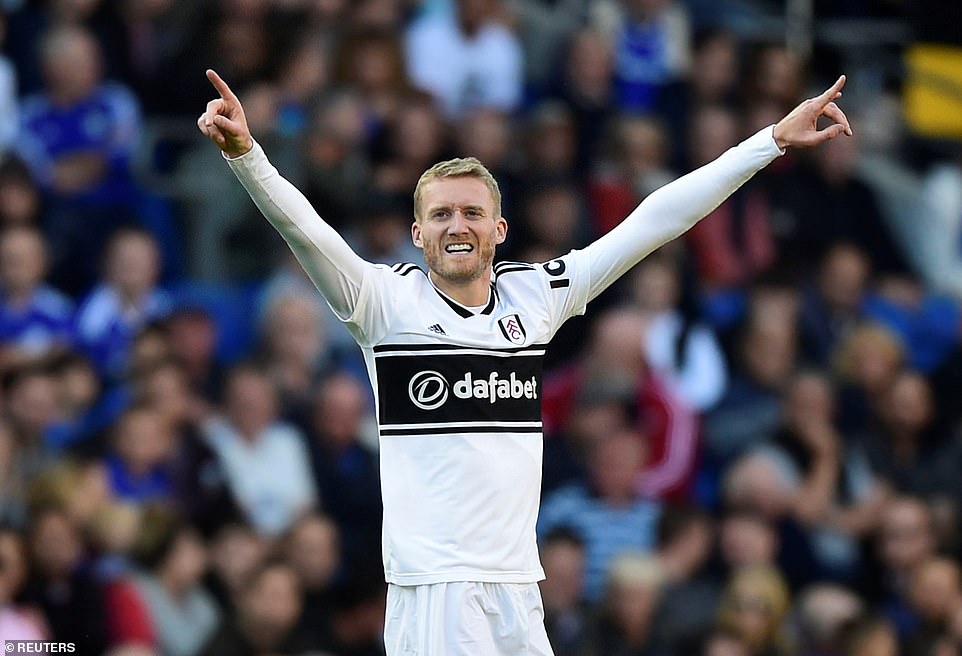 The German forward, who is on loan from Borussia Dortmund, has played in nine matches so far and scored four goals 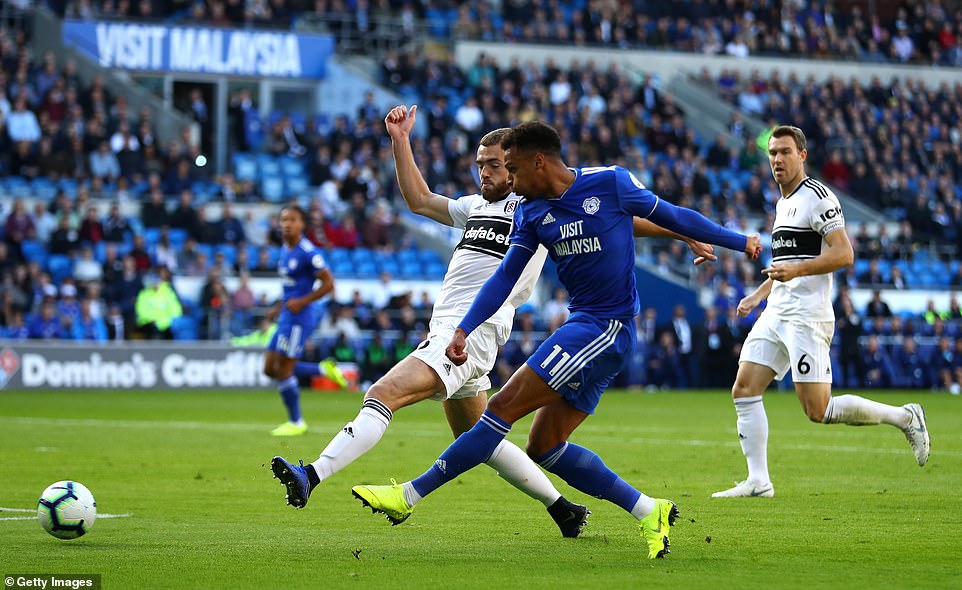 Josh Murphy of Cardiff quickly put his team back on level terms, shooting while under pressure from Calum Chambers 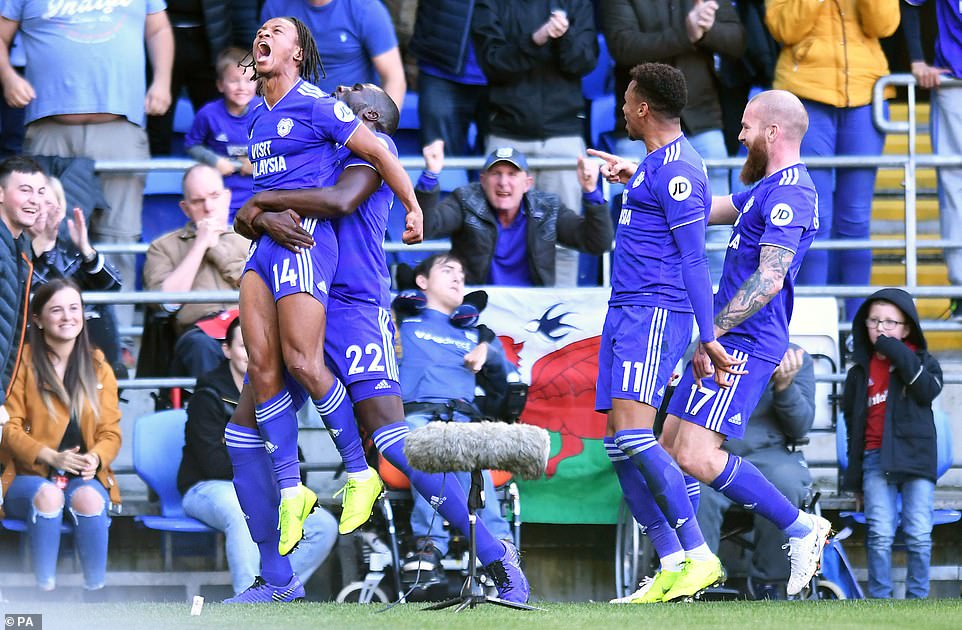 Bobby Reid then put Cardiff ahead in the match a few minutes later, pictured here (left) celebrating with his team-mates 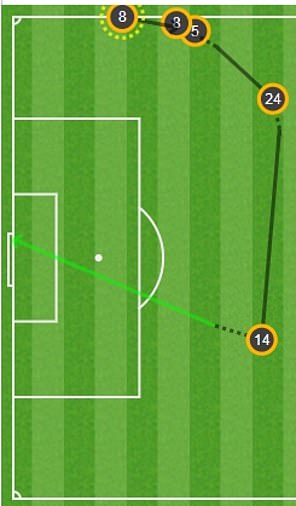 Andre Schurrle picked up the ball and scored from range to open the scoring for Fulham. CLICK HERE to see more from Sportsmail’s brilliant MATCH ZONE feature.

It handed Neil Warnock’s Cardiff their first win of the season. A confidence booster; proof that they will not give Derby County’s 11-point record from 2007-08 a run for its money.

It all started so well for Jokanovic, too. Fulham took the lead with Andre Schurrle scoring the most casual of screamers from 35 yards out, before Cardiff answered with two goals of their own.

Ryan Sessegnon then became the first player born in or after the year 2000 to score in the Premier League, but Callum Paterson and Kadeem Harris competed the scoreline.

‘We are conceding such easy goals,’ Jokanovic confessed. ‘We make mistakes. We are slicing. We miss the ball. We need to be more solid. These negative things kill us.’ 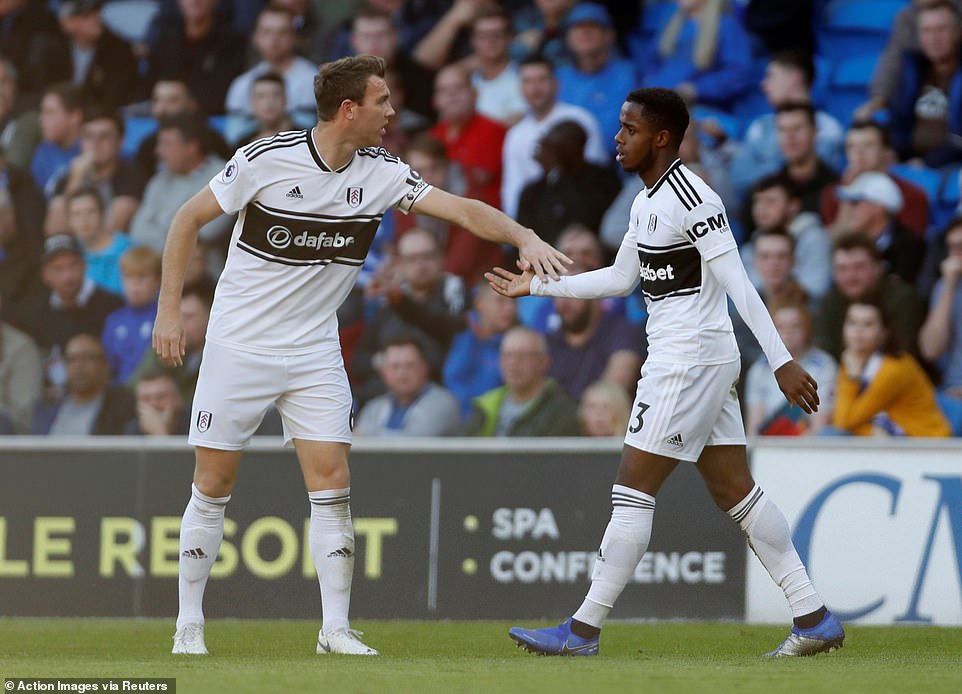 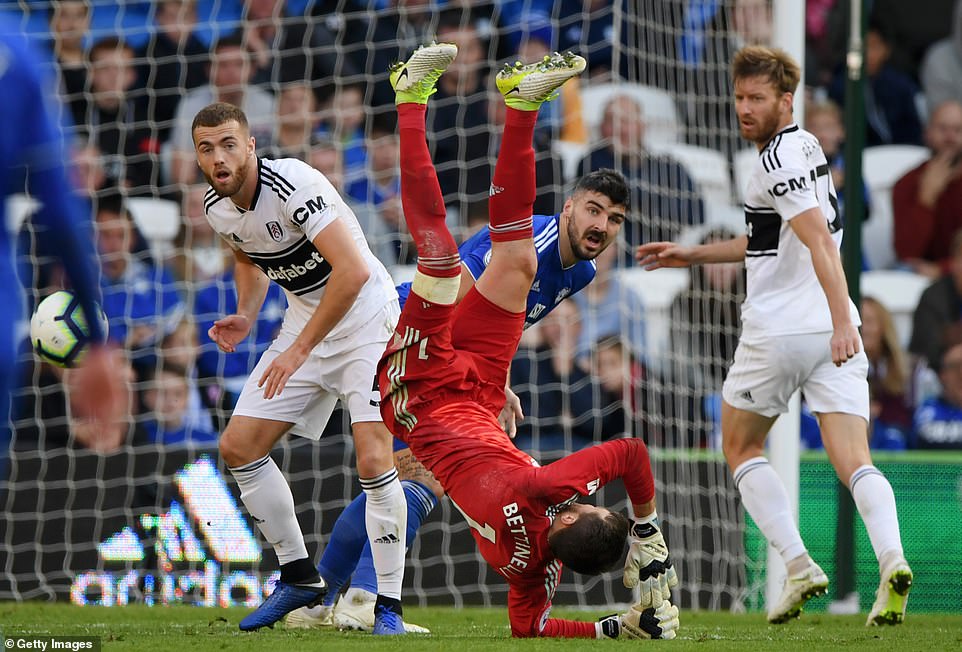 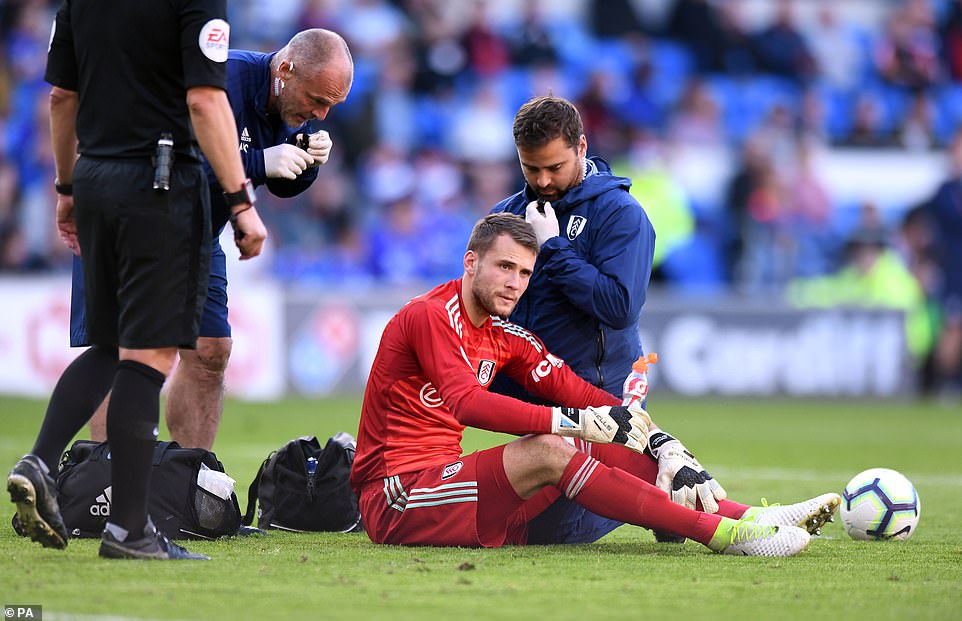 Bettinelli collided with a team-mate, but he was fine to play on after a few nervy moments for the Fulham fans in the crowd 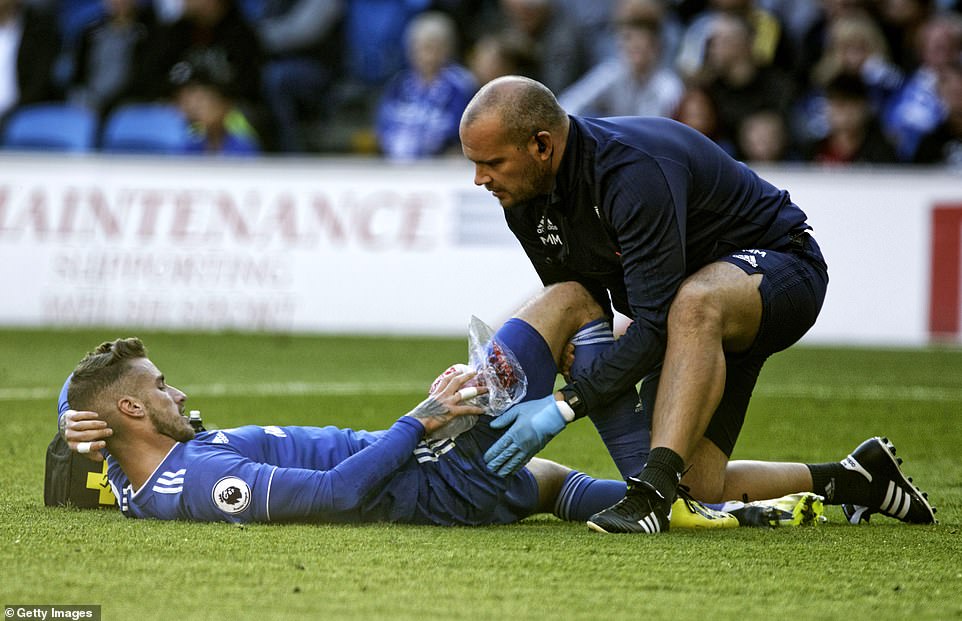 Moments later, Warnock walked into the press room and spied himself on a television screen being interviewed on Sky Sports. ‘He looks happy, doesn’t he?’ he said. Indeed he was.

Warnock’s side started on top, so the sight of Fulham taking the lead out of the blue hit them like a sledgehammer. It hit the back of Neil Etheridge’s net like one too as Schurrle let rip from 35 yards and found the top right corner.

Cardiff drew level after 15 minutes when Josh Murphy received possession when Calum Chambers seemed to have popped to the shops, leaving the left wing completely empty. The forward drove into the box and made it 1-1.

Chambers was fortunate to stay on the pitch when he dragged down last-man Murphy. Cardiff were furious, demanding a red card. Referee Kevin Friend decided a yellow sufficed.

After 20 minutes, it was 2-1 to Cardiff when they made a mess of their own set-piece but benefitted from a melee on the edge of Fulham’s box. Eventually, Bobby Decordova-Reid broke through and tucked the ball underneath Marcus Bettinelli. 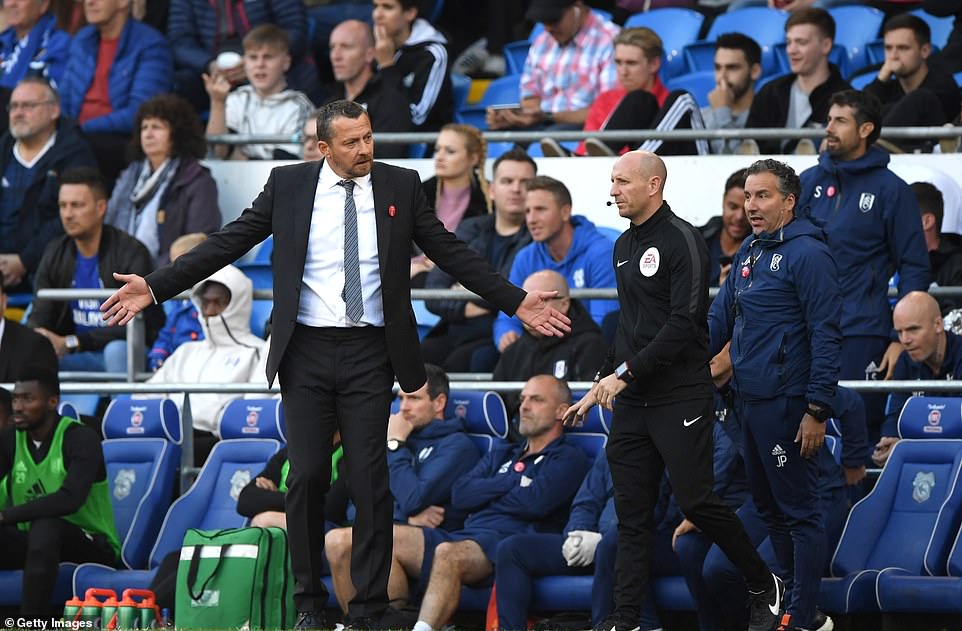 Slavisa Jokanovic, manager of Fulham, gestures towards the fourth official after a decision didn’t go his team’s way 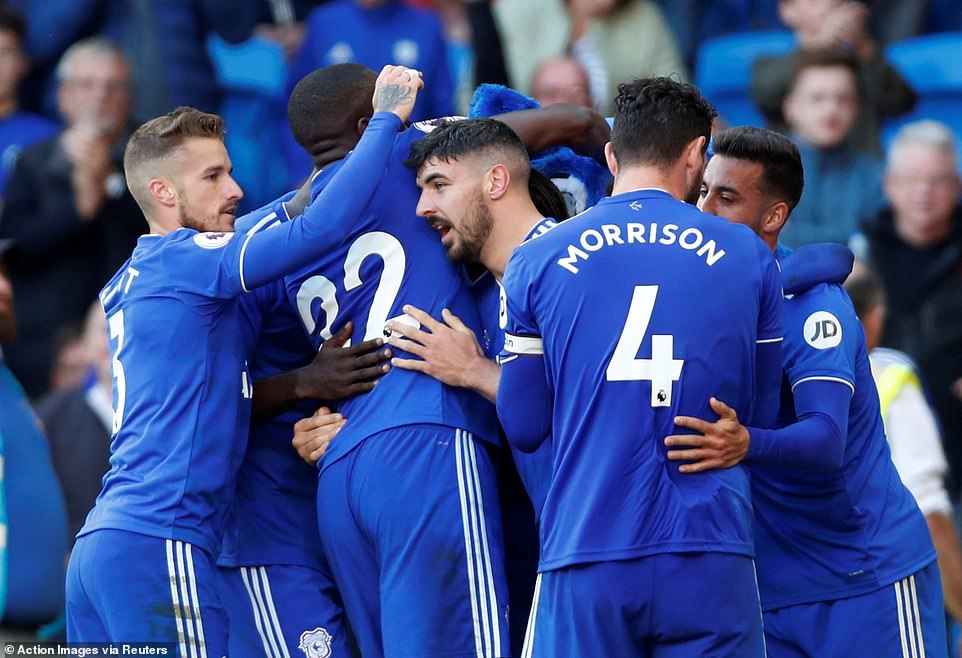 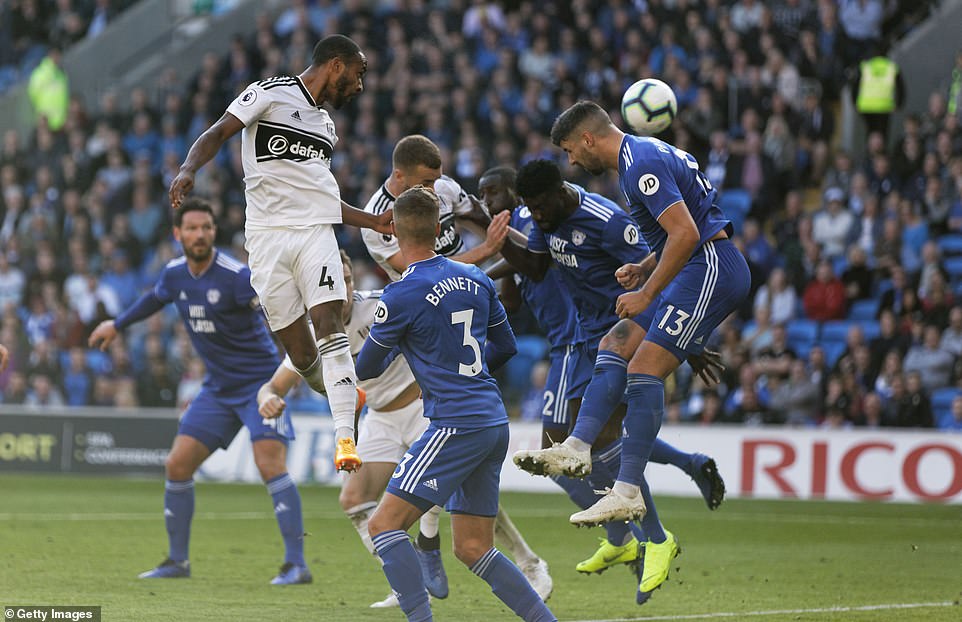 Denis Odoi of Fulham heads the ball forward during the Premier League match, as a number of players go up for the ball 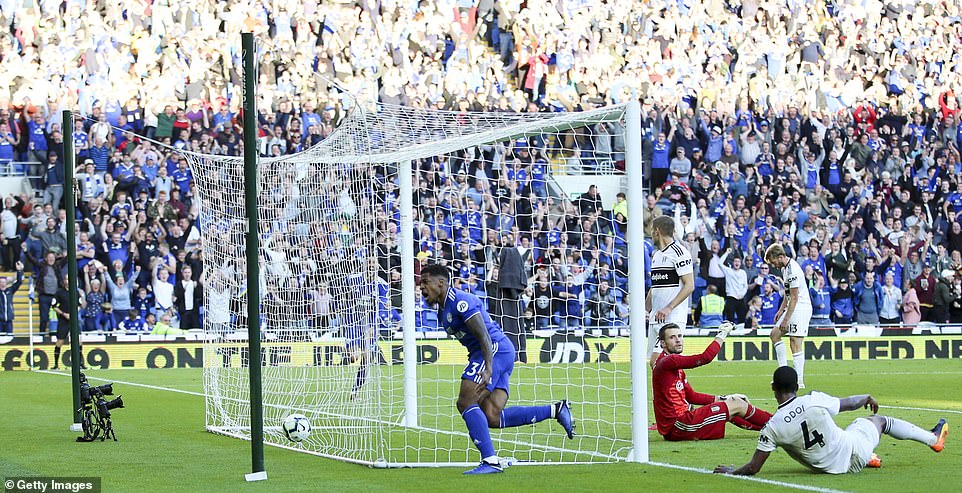 It became 2-2 after 33 minutes when Aleksandar Mitrovic snuck a through-ball for Sessegnon to score his first Premier League goal – a momentous moment for the 18-year-old.

The first half had been a nightmare for Arsenal loanee Chambers. As a result, Jokanovic hauled him off and introduced Alfie Mawson.

In the 65th minute, a cross led to confusion in the Fulham box. Tim Ream failed to clear, as did Kevin McDonald. Paterson pounced, getting to the ball before Mawson and scoring.

The game was soon killed off when Ream slipped, sparking a Cardiff attack. After several shots and attempted crosses, Harris found a finish for 4-2.

So the spoils went to Cardiff, who scored four-plus goals in a top-flight game for the first time since September 1961.

As for Fulham, they spent £105million in the summer to accommodate their lavish style of play but left wondering whether it is time to go back to basics. 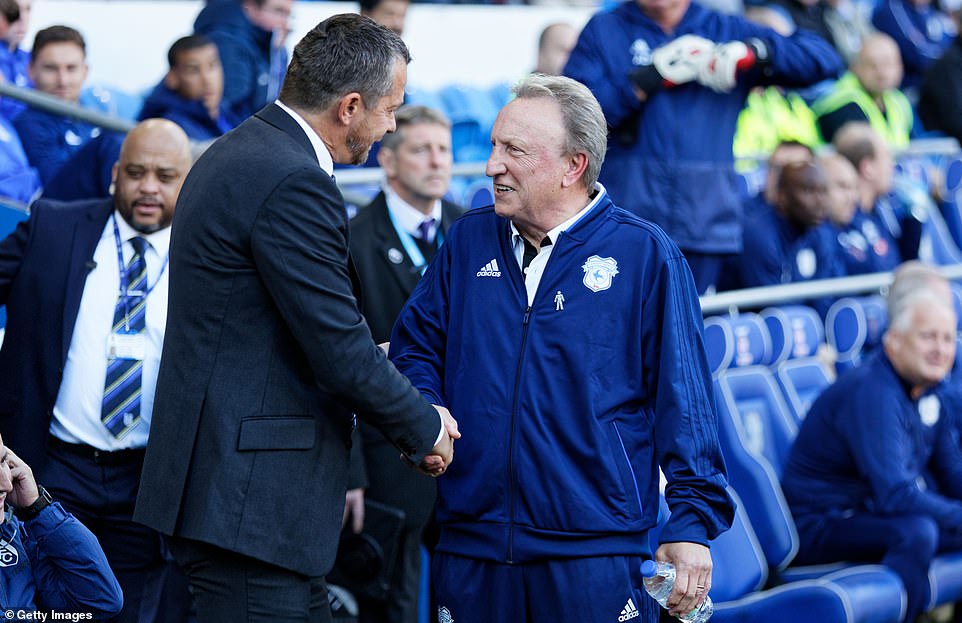 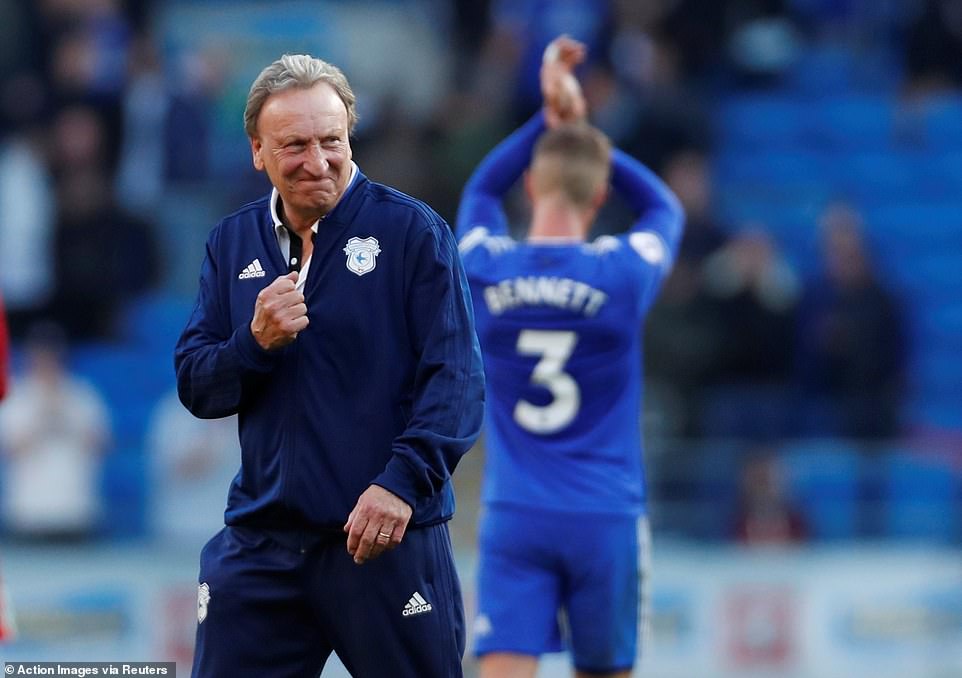 But it was Warnock’s team who came out on top in the match, and they now go ahead of Fulham in the Premier League