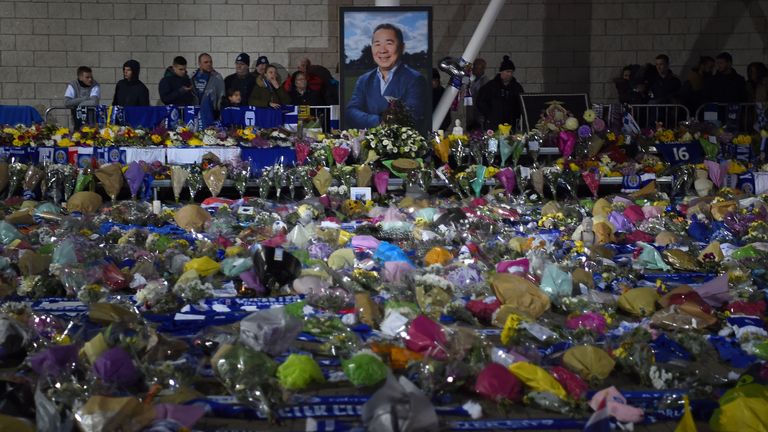 Leicester City’s next Premier League fixture at Cardiff on Saturday will go ahead as planned, the club have confirmed.

The club have been in mourning following fatalities caused by a helicopter crash which occurred outside the King Power Stadium last Saturday, following the 1-1 draw with West Ham.

Five people on board the helicopter, including club owner Vichai Srivaddhanaprabha, tragically lost their lives.

Tributes have been paid outside the stadium, while players and the entirety of the club staff came together on the pitch on Monday to remember those involved.

Leicester players were asked for their thoughts on whether the match should occur and were unanimously in favour, it is understood.

Vichai’s son, Aiyawatt, has fully backed the decision and wishes for the game to go ahead to honour his father, while the board are also in agreement.

The club confirmed on Tuesday evening that the upcoming fixture away to Cardiff would go ahead, with the release of a short statement.

“Leicester City’s Premier League fixture at Cardiff City this Saturday (3 November) will go ahead as scheduled, as the Club continues its tributes to its late Chairman, Vichai Srivaddhanaprabha.

“A minute’s silence will be observed before kick-off at the Cardiff City Stadium and players will wear black armbands in Khun Vichai’s honour.

“An announcement on the rearrangement of the Club’s EFL Cup Fourth Round tie against Southampton, postponed earlier this week, will be made in due course.”