Another transfer window, another summer of optimism at Goodison. It has become an annual routine, swiftly followed by the inevitable winter of disappointment and spring of discontent.

Things have been like this since Farhad Moshiri became owner. Everton lived in penury for the first 15 years of this century but the spending since 2016 has not delivered the success the fans crave.

This is the most ambitious transfer window yet in the era of new ownership. The signings of Allan and James Rodriguez are a positive signal. They show that Carlo Ancelotti is defining the identity of the club. The Everton manager is familiar with both players. He knows Allan well from his time at Napoli and Rodriguez had his most productive spell at Real Madrid under the Italian’s tutelage and later worked with Ancelotti at Bayern Munich.

There is always an element of gambling when bringing in players with no Premier League experience. Will Rodriguez, in particular, handle the pace and physicality of the English game? Ancelotti’s judgement is reliable, though. He is a fine appraiser of players. Marcel Brands, the director of football, has been criticised for his recruitment policy since he was appointed two years ago but this summer’s strategy has been forged by the manager.

Abdoulaye Doucoure is an interesting addition. The Frenchman is experienced in the top flight even though his previous team Watford were relegated. Doucoure does not have the glamour of the other two arrivals but he possesses the qualities Everton need. Last season Ancelotti’s midfield was a real cause for concern. The 61-year-old was unable to find the right combination in the middle of the park – given the players available, it was probably impossible – and the team were incoherent, static and frequently dull in this crucial department.

In an age when pressing is important, Everton let their opponents get comfortable on the ball and allowed them to weigh up their options. That should change. Allan has a nasty streak as well as a touch of class. Doucoure will provide energy. If the combination clicks, Ancelotti’s midfield will be transformed.

Evertonians are tired of hearing the phrase but it looks like good business this summer. Some of the club’s recent transfer windows had a scattergun feel to them. These players appear to have been identified and targeted to perform clearly defined roles. Rodriguez might appear to be a trophy buy – the Colombian has a high profile and a global following – but Ancelotti would not have paid £20million for the 29-year-old if he did not believe he could do a job for the team.

Those concerned that Rodriguez has only signed a two-year contract with an option for an extra year have a valid point. If the former Real Madrid man has an exceptional season it could present Everton with a decision over whether to sell him next summer. He is worth the risk. Rodriguez has taken a significant pay cut to move to Merseyside and this suggests that the forward has plenty of ambition. It is not the perfect deal but the move has turned heads across Europe.

Rodriguez’s interest in moving to Goodison was down to the manager rather than the status of the club. The same can be said of Allan. Yet this is not simply a matter of overspending on players in a bid to crash the top six. Ancelotti has identified the biggest problem areas in the squad and has addressed the issues. 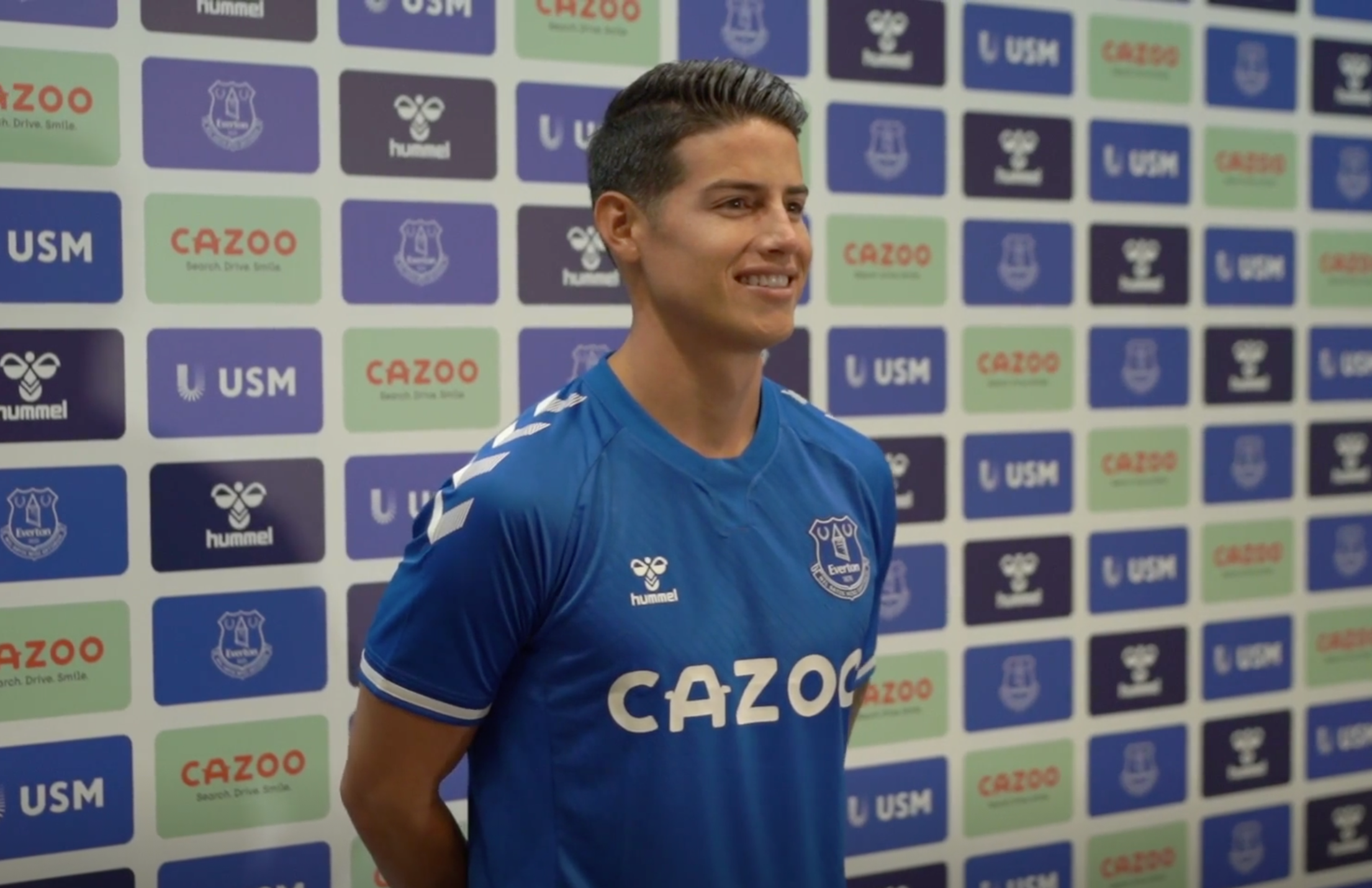 There is plenty of room for positivity on the pitch. Off it, the long-running saga of Everton’s new stadium has stalled again. Goodison is one of the most evocative places in the football world but it is increasingly an anachronism. The projected move to the Bramley-Moore Dock, a World Heritage site some two miles to the west, is dragging on. The latest setback came this week when Historic England, a public body whose brief is to protect the national heritage, said that the club’s latest stadium plans “would result in substantial harm” to the Grade II listed site. The project will be referred to Whitehall for a decision. The earliest point that ground can be broken on the site is now next year.

The new stadium – which will also have a significant positive impact in an economically disadvantaged area of the city – is vital to Everton’s long-term health. A speedy resolution is desirable but unlikely.

In the immediate future, Ancelotti is the crucial figure and his choices will determine the direction of the club this season. Goodison is in good hands. The trajectory should be upward. This window to success is open.