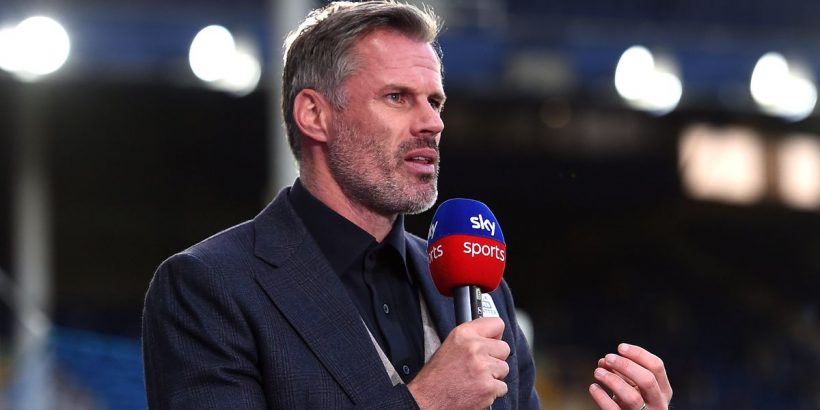 Jamie Carragher has labelled parts of the Nations League a “waste of time” in support of Thibaut Courtois’ sensational rant.

The Sky Sports pundit expressed his agreement with the damning comments made by Belgian goalkeeper Thibaut Courtois on Monday morning, hours after the recently-introduced tournament reached its climax.

Reigning World Champions France edged out Spain 2-1 to become the second side to lift the UEFA Nations League trophy while Courtois’ Belgium were left to settle with fourth after suffering defeat to Italy by the same scoreline earlier on Sunday.

Following the loss in the third-place playoff, Courtois launched into a scathing rant where he slammed UEFA for prioritising revenue over player welfare.

The 29-year-old Real Madrid stopper accused European football’s governing body of only caring “about their pockets” and insisting players “are not robots”.

Former Liverpool legend Carragher has now weighed in on the debate, publicly endorsing all of Courtois’ claims while expressing further criticism of the controversial tournament.

“Brilliant interview from Thibaut Courtois, everything he says is right, especially about 3rd place play offs in tournaments, an absolute waste of time those games,” Carragher posted on Twitter on Monday morning.

Both Belgium and Italy fielded much-changed line-ups in the third-placed play-off compared with their semi-final defeats, calling the integrity of the match into question.

Should the UEFA Nations League format be changed? Let us know in the comments section.

“This game is just a money game and we have to be honest about it,” Courtois declared to Sky Sports post-match.

“We just play it because for UEFA it is extra money and it is an extra game on TV.

“Look how much both teams changed (line-ups). If both teams had been in the final there would have been other players playing so this just shows that we played too many games.

Courtois continued to hit out at footballs’ governing bodies, accusing UEFA of hypocrisy when it comes to football’s best interests and FIFA for their proposals to stage World Cup finals every two years.

“They (UEFA) made an extra trophy (UEFA Conference League)… it is always the same,” he added.

“It’s a bad thing that players are not spoken about. And now you hear about a European Championship and a World Cup every year, when will we get a rest? Never.

“We are not robots.”