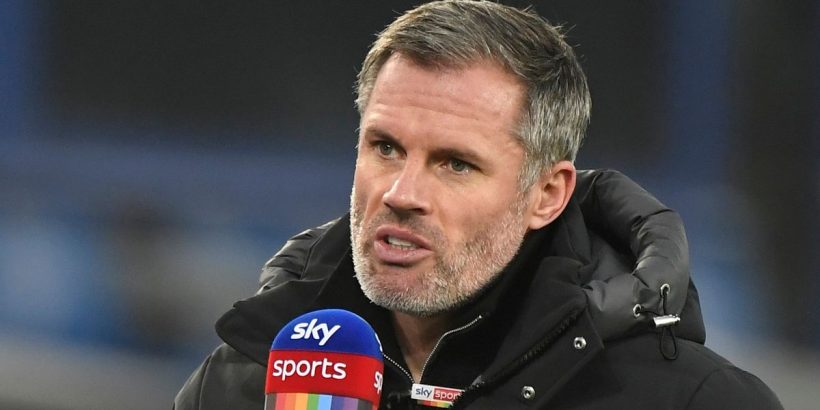 Jamie Carragher believes Liverpool's front three of Sadio Mane, Roberto Firmino and Mohamed Salah has become their "biggest problem", claiming that "it does need breaking up in the summer."

This season, Salah has continued his prolific goalscoring form, netting 20 goals in 32 Premier League appearances for Jurgen Klopp's side.

However, both Mane and Firmino have struggled, with Mane managing just eight league goals and Firmino scoring just six.

As a result, Carragher feels the time has come for "an extra bit of competition up front".

Speaking to Sky Sports, Carragher said: "People have talked about the forward line being out of form, but it's been too long now for that [to be used as an argument].

"People keep talking about Liverpool's problems at centre-back, but their biggest problem is at the other end of the pitch.

"We know that both Virgil van Dijk and Joe Gomez will be back next season. Liverpool's famous front three, and rightly so, are still there.

"They've had the added bonus of Diogo Jota, who's chipped in with a few goals, but I said this six months ago on Monday Night Football – the front three needed breaking up because no front three is ever together for this long.

"When you look at other great attacking partnerships and front threes from the past, they last probably three years and then you move on. Liverpool's have been together for probably four or five years so it does need breaking up in the summer.

"The front three have been amazing but it's just at that stage now where it needs something else and it must be rectified in the summer when you think of the chances that have been missed this season.

"You have to move with the times, and an extra bit of competition up front wouldn't go amiss."