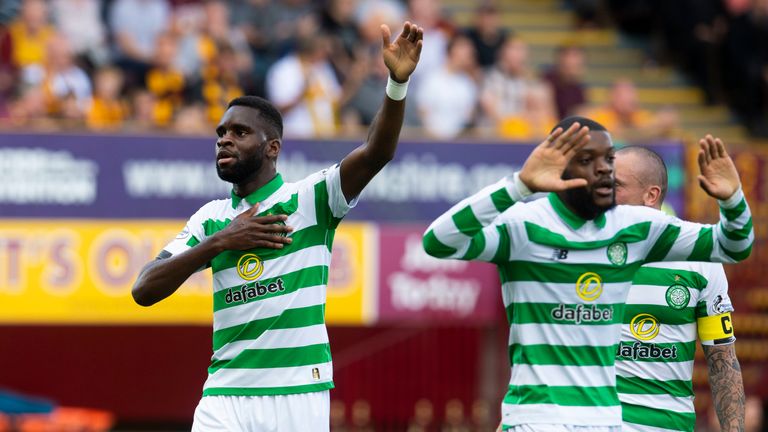 Odsonne Edouard helped himself to a double as Celtic came from behind to overpower Kilmarnock 3-1 at Parkhead.

Killie striker Eamonn Brophy fired the visitors ahead in the 33rd minute against the run of play but the Hoops’ French hit-man headed in a leveller a minute before the break then slid in a second eight minutes after the restart for his eighth goal of the season.

Celtic have now won six out of six league matches and after eight successive Premiership title wins, look more than capable of the ninth, with a performance which – by and large – will have pleased manager Neil Lennon.

He made two changes with Austria right-back Moritz Bauer in for Hatem Elhamed, while Olivier Ntcham came in for Mohamed Elyounoussi and Killie were unchanged.

After a minute’s applause in tribute to former Rangers captain Fernando Ricksen, who died last week after a six-year battle with Motor Neurone Disease, Celtic bossed the start of the game.

Christie flashed a drive from 20 yards past the post before winger James Forrest took part in a duel with Laurentiu Branescu, the Romanian goalkeeper on loan from Juventus.

The Killie number one made three saves from the Scotland winger and in the 15th minute – when he was beaten by a drive from the edge of the box – the ball smacked the post and flew to safety.

There was even an unsuccessful penalty claim when Power blocked a shot from Forrest.

However, the home side found themselves behind when Brophy took a wonderful pass from Mohamed El Makrini and jinked inside the Hoops penalty area before driving high past Foster, perhaps with the aid of a nick off defender Kristoffer Ajer.

But with a minute of the first-half remaining, Edouard almost-casually rose to power in a header from Forrest’s cross to ease increasing anxiety.

Branescu made a great save from Nitcham’s curling shot soon after the break but he was beaten again by Edouard after 53 minutes when he slid in from a tight angle after being played in by Bauer.

Celtic were in top gear. Christie turned the ball in from close range three minutes later after Branescu had made a great save from Forrest’s header, following a terrific Boli Bolingoli delivery.