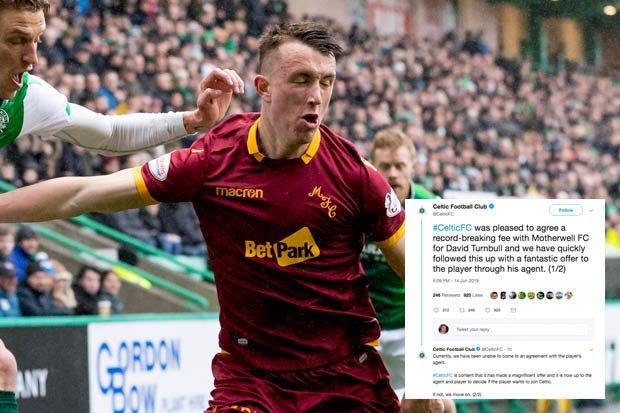 Celtic looked set to sign the talented youngster after agreeing a £3m fee with his club.

However the deal could now be off after a stunning turn over events were exposed on social media.

But in a highly unusual move, they claimed that personal terms offered to the player via his agent had been rebuffed.

The Bhoys the followed up with a second tweet laying into the midfielder’s representative.

The club tweeted: “#CelticFC was pleased to agree a record-breaking fee with Motherwell FC for David Turnbull and we have quickly followed this up with a fantastic offer to the player through his agent. (1/2)

“Currently, we have been unable to come to an agreement with the player’s agent. #CelticFC is content that it has made a magnificent offer and it is now up to the agent and player to decide if the player wants to join Celtic. If not, we move on. (2/2)”

WGC-FedEx St. Jude Invitational to go ahead without spectators