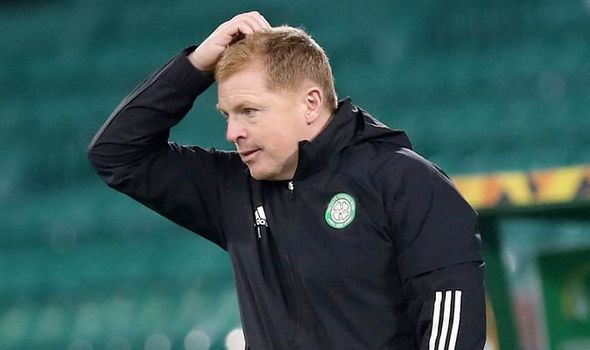 Celtic boss Neil Lennon cannot survive at the club following Thursday’s 4-1 home defeat to Sparta Prague in the Europa League, according to former Chelsea defender Jason Cundy. A hat-trick from Lukas Julis condemned Lennon’s side to a third successive home defeat in all competitions. Celtic are nine points adrift of Old Firm rivals Rangers in the SPFL table, though do have two games in hand over Steven Gerrard’s side.

Leigh Griffiths grabbed a goal back for Lennon’s side just after the hour mark but Sparta sealed the victory with two goals in the final 15 minutes.

Cundy tore into the Celtic performance after the match and insisted there is no way Lennon should keep his job.

“Gutless. Spineless. Neil Lennon cannot survive after a performance like that,” Cundy said on talkSPORT.

JUST IN: Nicolas Pepe made frank admission about the Arsenal defence to Gabriel before he joined 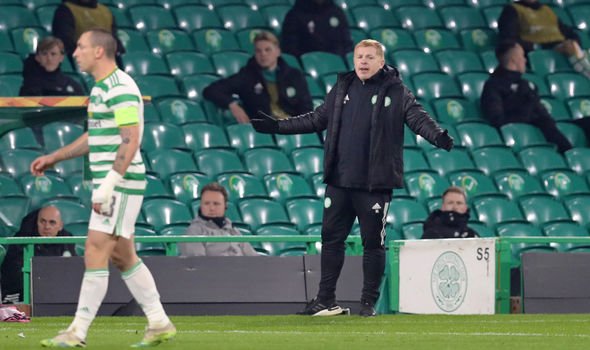 “This is the worst run at home in over 30 years. They’ve lost three games on the spin for the first time at home in 30 years.

“I’d like the Celtic fans to tell me exactly where they go from here because they’ve gone from looking like they’ll get ten in a row to looking like they’re going to have one of the worst seasons they’ve had in a long, long time.”

Celtic are bottom of Group H with just one point from their opening three matches.

And Lennon claimed there was a lack of hunger from his side against Sparta.

“I keep saying if we don’t defend set plays properly we’ll get punished and that is exactly what happened.

“There’s a lack of application. Don’t know where it’s come from because we had a good week, a good day on Sunday [against Aberdeen in the Scottish Cup semi-final].

“Lack of hunger was really apparent. The hungrier team won and that’s on us. I can’t defend the players.

“I’ve tried to over the piece but I can’t tonight.”