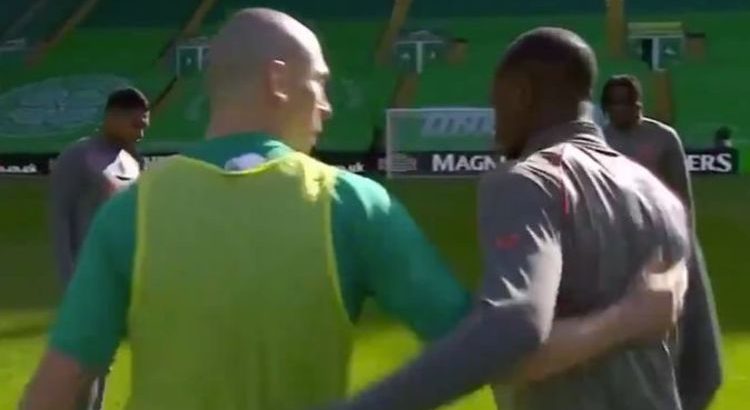 Celtic captain Scott Brown showed his support for Rangers star Glen Kamara ahead of Sunday’s Old Firm at Celtic Park. The Gers midfielder claimed he was racially abused during the Europa League defeat to Slavia Prague on Thursday.

A statement was released in English by Slavia shortly after, with Kudela denying he used racist language and that he used offensive words instead.

Rangers have demanded a response from UEFA, with the governing body opening a probe into the incident.

Ahead of Celtic’s clash against Rangers, the first time the two teams have met since Steven Gerrard’s side clinched the Scottish Premiership title, Brown offered his support to Kamara. 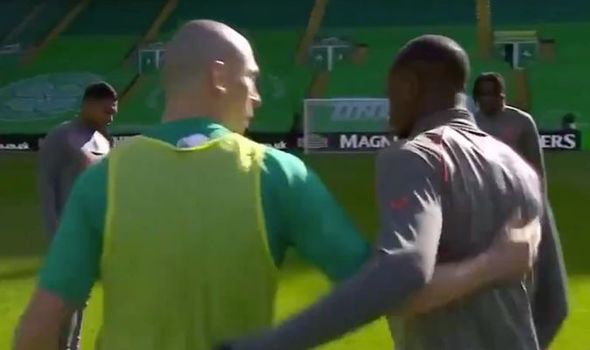 The Bhoys captain walked up to the 25-year-old and put an arm around him. The pair briefly exchanged words before parting.

Prior to the clash, Kamara released a statement through his lawyer. It read: “There is no place for racism or any form of bigotry in football. Since [the] summer many of us have taken the knee in solidarity with those who have lost their lives to racial violence.

“If UEFA genuinely wants to “show racism the red card”, then it’s time to stop the tokenism and take a zero-tolerance approach.

“As a player I do not expect myself, nor any other to have to tolerate racial hatred on or off the pitch in 2021. 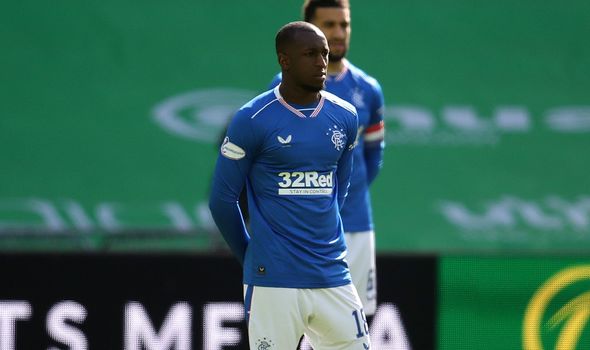 “The vile racist abuse by Ondrej Kudela, took place on the international stage, and any failure to act by UEFA will be viewed as a greenlight for racism.

“During yesterday’s match with Slavia Prague, Kudela was arguing with a Rangers player and after I tried to intervene, he told me to shut up and then said ‘one second my friend’.

“I was shocked and horrified to hear such racist abuse from a professional football player.

“Kudela’s claim he simply swore at me and said “You’re a f****** guy” is a complete utter lie which does not stand up to any form of scrutiny. 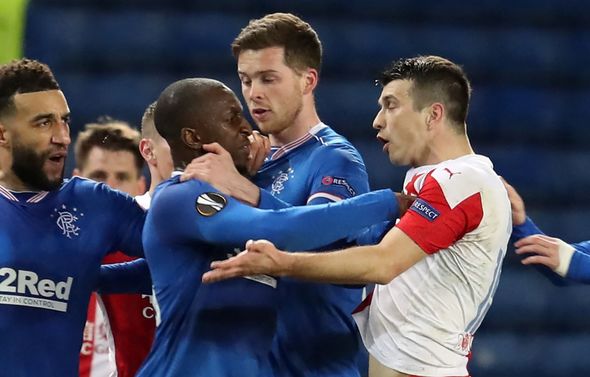 “Kudela’s actions were deliberate and premeditated, but he was loud enough for my team-mate Bongani Zungu to hear what was said.

“I am grateful for the unconditional support of my team, our club and especially our manager Steven Gerrard.

“I want to thank not just our Rangers fans, but the many fans from across the football community and beyond, for calling out racism not just against myself, but also fellow player Kemar Roofe, who was subjected to a tirade of racist bile on Instagram.

“We as black players are sick of the freedom that such bigots are given to parade their hatred on social media and wonder when the likes of Instagram will start to take action.”

“Our player was physically attacked after the match. At the request of Slavia, the case was resolved by the local police. We would like to see a detailed investigation of the whole situation by UEFA.”