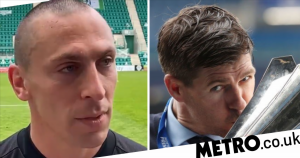 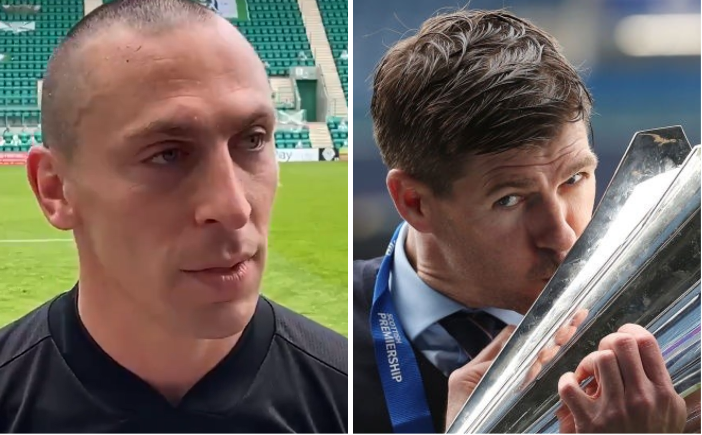 A resounding 4-0 win over Aberdeen saw Rangers, who were confirmed as champions last month, complete an unbeaten season, finishing a whopping 25 points ahead of their fiercest rivals having amassed over a century of points.

While they have been undoubtedly the dominant force domestically this season, Rangers were unable to complete a clean sweep after their penalty shootout defeat against St Johnstone at the semi-final stage of the Scottish FA Cup last month.

Brown, meanwhile, was at the heart of a Celtic team that completed the treble treble in his pomp and thus, in his opinion, are the only side who can truly claim to deserve the ‘Invincibles’ moniker.

‘I would rather be in my situation than anybody else’s,’ said the 35-year-old, who is set to join Aberdeen in the summer after over 600 appearances for Celtic.

‘It does take a toll on everyone’s body. That’s what’s happened this year. We gave it everything we could but we’ve just not managed to get that 10.’

‘I’m not an emotional guy, I take everything in my stride,’ Brown added. ‘I’ll miss playing in front of 60,000, I’ll miss not seeing and waving goodbye to the Celtic fans, but I’ll be back – I’ll be back in a nice Aberdeen strip. I’ll be looking forward to that.

‘Gordon Strachan played until he was 40. I’m not saying I’m going to play until I’m 40 but I’m going to give it a right good go.’