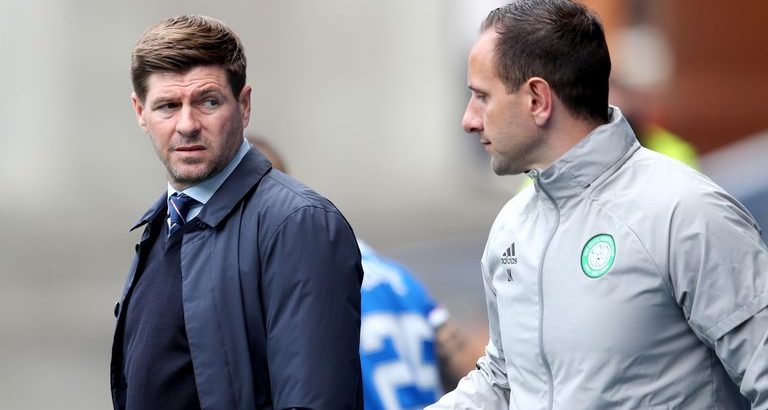 Rangers reinforced their status as the dominant team in Scotland with a comprehensive and entertaining 4-1 victory over 10-man Celtic at Ibrox, condemning them to their heaviest defeat in an Old Firm match since 2007.

It also saw Rangers move to within two games of an ‘Invincible’ league season and marked the first time Celtic have failed to beat their city rivals during a campaign for the first time since 1999/00.

Celtic are still without a permanent manager as the search to find a full-time replacement for Neil Lennon continues, with Eddie Howe – who led Bournemouth from Sky Bet League Two to the Premier League – heavily linked to the job.

“You can see how quickly it can turn,” Dodds, who won a league and cup double with Rangers in 2000, told Sky Sports News.

“Rangers last year struggled and Celtic have dominated for a long time, but the tables have turned this year and it is up to Celtic to find a fix for that.

“For me, it’s going to be a huge rebuild job. Rangers probably only need one or two more players just to enhance their squad but with Celtic, I’m telling you, you’re talking at least 8-10 players for them to get it right.

“There are so many on Celtic’s books that will probably be leaving the club. Celtic are under pressure to get the right players in, to get the recruitment spot on, but they have to put a structure in place as well. There’s no manager.

“They need to get the manager sorted out. If they don’t do it soon, that could catch up with them. If Rangers win the league again next season, the pressure builds. Glasglow is like a goldfish bowl.

“That will happen to Celtic if they do not get this rebuild job absolutely spot on.”

Meanwhile, Celtic interim boss John Kennedy has described speculation he is in the frame to become the club’s new director of football as “made up”.

Kennedy was handed the reins at Celtic until the end of the season in February, following the resignation of Lennon.

The Hoops want Kennedy to work closely with Howe, according to a report in The Scottish Sun, but the 37-year-old has distanced himself from the role.

Kennedy, meanwhile, has welcomed the early arrival of chief executive Dominic McKay, who was originally coming in from Scottish Rugby in the summer to take over from Peter Lawwell, but has moved to Parkhead earlier than planned.

It is not just a new manager and chief executive Celtic need, with skipper Scott Brown set to join Aberdeen as player/assistant next season after 14 years at the club.

Former Celtic defender Charlie Mulgrew has backed Callum McGregor to follow Brown as Hoops captain but urged him to do it his own way.