Scottish Premiership clubs have received a major boost as UEFA confirmed Scotland will have two spots in the Champions League qualifying round next season.

Scotland currently has just one place with the Premiership winner now set to enter the third qualifying round and the second-place team joining the competition in the second qualifying stage.

The Scottish Cup winners will also gain a place in the third qualifying round of the Europa League while teams finishing third and fourth will compete in the newly created UEFA Europa Conference League from the second qualifying round.

Scotland will have five places in next season’s UEFA club competitions, increasing from the four spots they have held in previous years.

It comes after performances by Celtic and Rangers in European competitions over the last couple of campaigns have pushed Scotland up the co-efficient list to earn them the additional spot.

Both clubs are in the Europa League group stage again this season and are pushing for an automatic group stage spot if they can push up the rankings again this term – needing to finish in the top 11 countries in Europe and currently sitting 12th.

Rangers host Polish side Lech Poznan in the Europa League group stage at Ibrox on Thursday night while Celtic travel to northern France on the same night to face French Ligue 1 side Lille in their respective group.

The Europa League qualifying round will begin on August 5 2021. 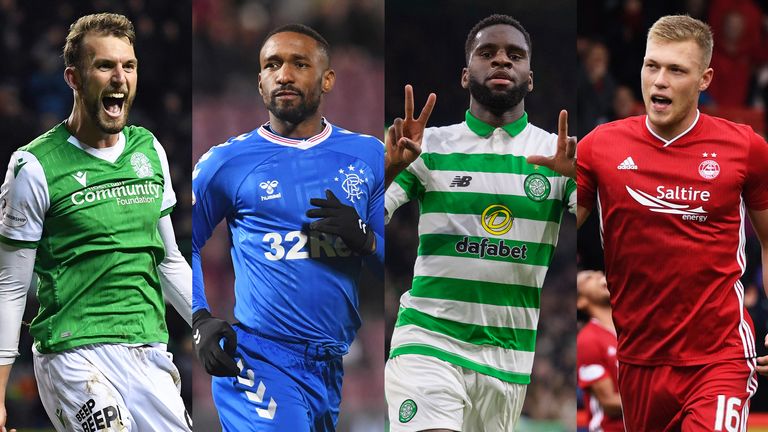 Sky Sports have announced an additional four Scottish Premiership fixtures to be shown live throughout November and December.

Current leaders Rangers will host rivals Aberdeen live on Sky Sports on November 22 at 12pm, and Sky Sports will also be showing their trips to Ross County (December 6) and Dundee United (December 13), both kicking off at midday.

And on December 20, Neil Lennon’s Celtic go to Livingston, live at midday on Sky Sports, the only broadcaster to offer live coverage of the Scottish Premiership.

These four games are in addition to the three already announced for the coming weeks, starting with Celtic’s trip to Aberdeen on Sunday, live on Sky Sports at 12pm, as Lennon’s side look to bounce back following their Old Firm defeat to Rangers last Sunday.

High-flying Rangers, who won 2-0 at Standard Liege on Thursday in the Europa League, also go to Kilmarnock next Sunday (November 1) at midday, before Celtic visit Motherwell a week later on November 8.

Fans of Scottish football can now catch up on all the latest news and taking points via our weekly podcast featuring analysis from Kris Boyd and Andy Walker.

Only one starting place for this week’s podcast: Boyd and Walker join Ian Crocker to look back at the first Old Firm of the season. Where did it go wrong for Celtic? Why was their performance so poor? And what now for Rangers? How can they build on their excellent win?