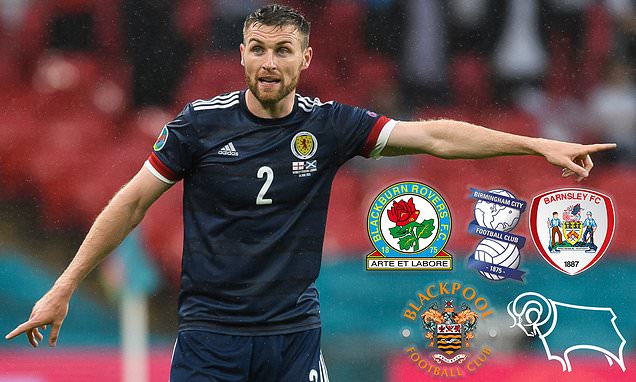 Scotland full-back Stephen O’Donnell is in demand for a move to England following his heroics at Wembley on Friday night.

The 29-year old Motherwell right back was one of his country’s outstanding performers in their 0-0 draw with England almost braking the deadlock but for an excellent first half save from Jordan Pickford. The only blot on his copybook came with a booking for an uncompromising challenge on England dangerman Jack Grealish late on.

O’Donnell, who has 21 international caps, has an exit clause in his Motherwell contract and that has alerted a number of English Championship clubs. 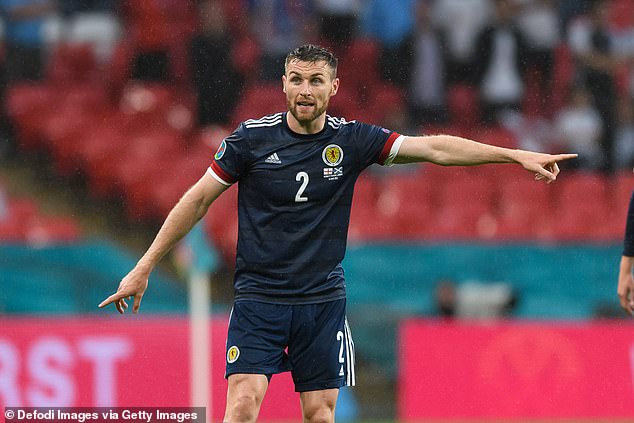 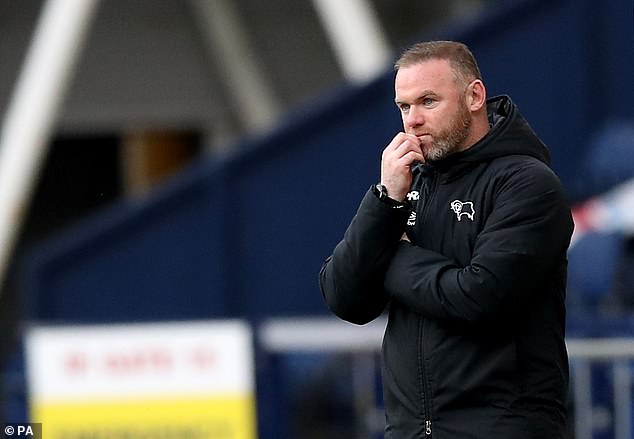 Birmingham City, Wayne Rooney’s Derby County, newly-promoted Blackpool, Blackburn Rovers and Barnsley are all showing an interest with the fee understood to be relatively modest.

O’Donnell’s character has shone through during the Euros. He was criticised heavily for his performance against Czech Republic with calls for him to be replaced but he was mobbed by teammates following his performance on Friday night.

Afterwards he opened up in the criticism. ‘What’s frustrating in society now is you see everything. You catch it and it’s hard to get away from it.

‘It makes a massive difference when you’ve got a manager who believes in you. He constantly, constantly comes under pressure for selecting me, he gets lambasted. Could I have done better against the Czech Republic? Yeah but we still had a lot of chances.

‘It means a lot to me that the team are all up to me after the game. They know the stick I receive and I appreciate the support they give me. Andy Robertson especially with the words he said.

‘I’m just glad I was able to repay my manager. You try to block it out but it’s difficult.’ 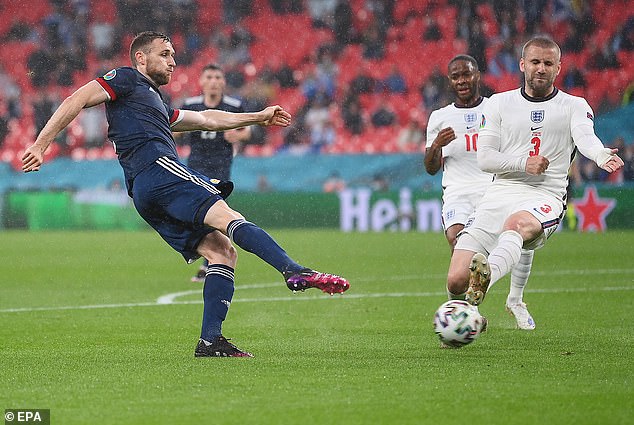