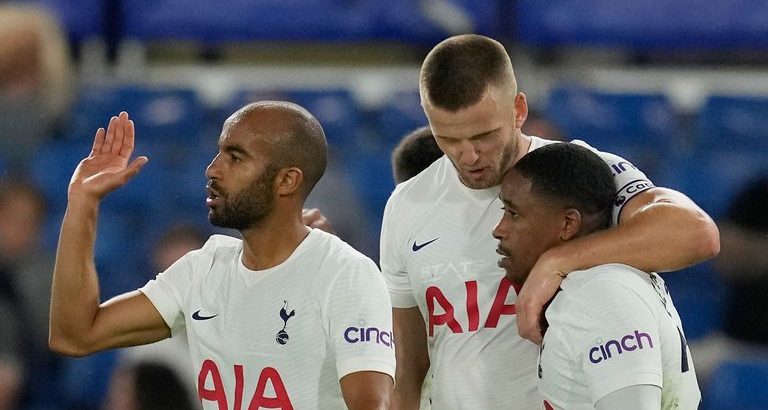 Report as Steven Bergwjin earns Spurs draw at Stamford Bridge as Chelsea end their Mind Series with draw; Hakim Ziyech scores in either half for hosts while Timo Werner sees effort wrongly ruled out for offside 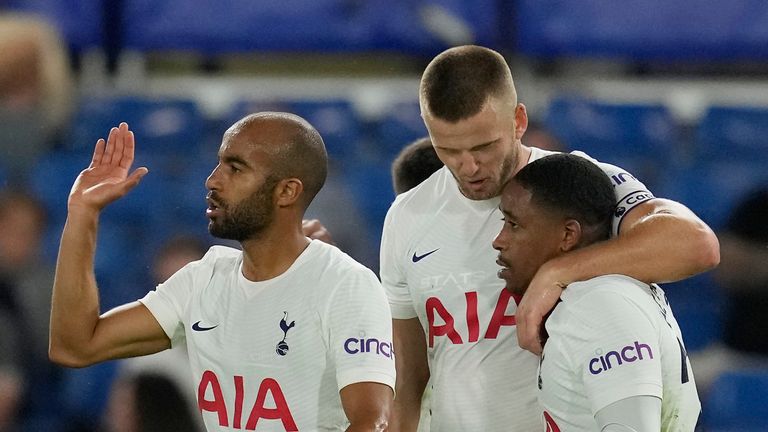 Lucas Moura and Steven Bergwijn cancelled out Hakim Ziyech’s double as a second-half Tottenham comeback earned them a 2-2 draw at Chelsea.

The hosts dominated the opening period and deservedly led when Ziyech ended a 30-yard run by burying the ball low past Pierluigi Gollini (16), before Timo Werner saw a second wrongly ruled out for offside before the half-hour.

Dismal Spurs were two behind when Ziyech found the bottom corner again four minutes after half-time but did finally improve to pull a goal back through Moura’s deflected effort 11 minutes into the second period.

They found themselves level against a much-changed Chelsea side when Bergwijn fired through Edouard Mendy’s legs (70) and nearly completed the turnaround when substitute Ben Davies’ effort was cleared off the line by Ethan Ampadu.

Man of the match: Lucas Moura

Heung-Min Son worked space in the Chelsea area before forcing Edouard Mendy into a smart stop in a promising start – but it would be Spurs’ only shot of the opening period in a dismal display from Nuno Espirto Santo’s strong line-up.

Chelsea’s tempo kept their visitors penned into their own half for long periods and provided their first goal, with an excellent sliding challenge from N’Golo Kante on Moura falling for Ziyech, who raced away from the Spurs midfield before finding the bottom corner from 25 yards.

It should have been 2-0 when Werner, who timed his run perfectly, was played in behind and rounded Gollini before slotting home, but the offside flag denied the German, before the goalkeeper did likewise from his next effort just before the break. 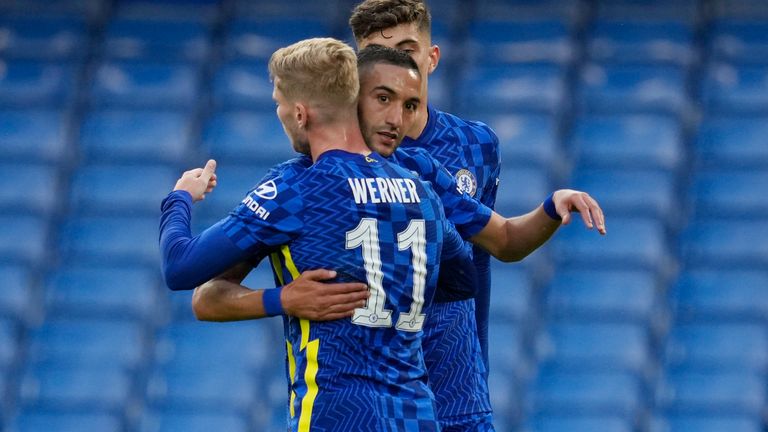 Four minutes after the restart Chelsea did double their lead, when Ziyech was found by a well-judged sliding pass from Marcos Alonso, and again beat the goalkeeper into the far corner.

It was not long before Tottenham finally showed signs of improvement, after a dismal opening 50 minutes, but still owed a large slice of luck to a significant deflection off Antonio Rudiger, whose touch took Moura’s shot over Mendy and into the empty net.

Chelsea made a flurry of seven substitutions which further shifted the momentum away from the hosts and Spurs took full advantage to equalise. Malang Sarr’s ill-judged square ball was cut out by Son, who found Bergwijn before the Netherlands winger fired the visitors level from a tight angle.

It was nearly three when Davies became the latest player to get down the outside of Trevoh Chalobah before Ampadu denied his goalbound effort from putting Spurs ahead for the first time.

Nuno resisted the urge to make significant changes and left most of his starting line-up out on the pitch until the end – where their hugely entertaining pre-season derby ended level.

Chelsea head coach Thomas Tuchel: “We should have won. I’m very happy with the first 60 minutes, we started very well, the game was very intense, it did not feel like a friendly, you could feel the impact of the supporters.

“We had active ball recoveries, created good chances, had good control of the ball, good defensive spirit, and for 60 minutes I was very happy. Then we had a lot of changes, unfortunately two big individual mistakes and Tottenham were very efficient to take them and take away a draw.”

Tottenham head coach Nuno Espirito Santo on Harry Kane’s absence: “Let’s try to avoid any kind of public argument or discussion about it. Us, we have to focus on what is important, solve the situation, between us.

“We will solve the situation internally, with the club speaking and trying to reach a better solution and a conclusion to the situation. I expect to speak with Harry soon. I haven’t had the chance yet.”

Man of the match – N’Golo Kante

Despite playing only 45 minutes at Stamford Bridge, Kante was the outstanding performer and looked capable of taking on the Tottenham midfield on his own at times.

He was the one cutting their attack off high up the pitch time after time, and through one well-time involvement earned himself an assist for the hosts’ first goal.

He is undoubtedly at his best now back in his most effective role of ball winner, where there are few in the game who can match him.

Chelsea’s next game is their UEFA Super Cup clash with Villarreal in Belfast on August 11; kick-off at 8pm.

Tottenham face a pre-season north London derby on Sunday when they host Arsenal at the Tottenham Hotspur Stadium; kick-off at 2pm.