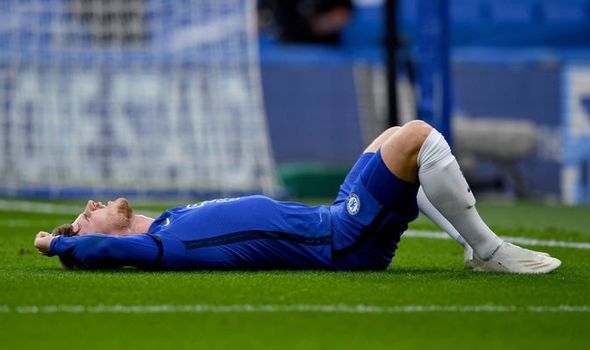 Timo Werner fears Chelsea will struggle to put together a sustained challenge for the Premier League title after Frank Lampard’s charges were held to a draw by Southampton on Saturday afternoon. The Blues led 2-0 and 3-2 but ended up being denied all three points at Stamford Bridge.

Jannik Vestergaard secured a well-earned point for the visiting Saints in stoppage time as Chelsea suffered their second 3-3 draw of the season.

The Londoners have now conceded nine times in five games, with their current goals-against-per-game projecting them to concede almost 70 goals this term.

Chelsea conceded 54 time sin 38 games last season and spent heavily in the summer to bolster their squad, with Werner coming in from RB Leipzig as part of their £200million-plus spend.

But the early signs are that their back-line has not sufficiently improved if Chelsea are to bridge the gap to Manchester City and Liverpool, who finished 15 and 33 points ahead of Lampard’s side respectively last term. 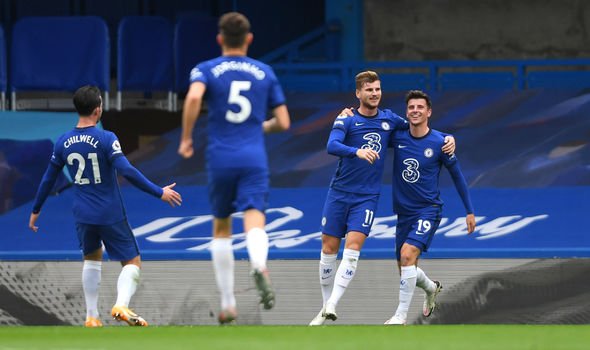 City and Liverpool have also suffered slip-ups early this season, with 5-2 and 7-2 defeats to Leicester and Aston Villa respectively, but are expected to return more to the dominant forces they have been over the past two years in the weeks and months to come.

And Werner is concerned that unless he and his team-mates can shore up defensively, they will fall behind the league’s title-contending teams.

The German scored a brilliant first-half brace against Southampton for his first goals in English football but Chelsea were still not able to clinch a win despite their 4-0 thrashing of Crystal Palace before the international break having offered hope that their new-look side were beginning to gel.

“The first half we played very well. When you get a goal two or three minutes before half-time it is not easy. You have to think with a clear head,” Werner said.

“Southampton make a lot of pressure on us and pressed us high. We gave them too much in terms of opportunities. We have to win the game.

“I don’t know if we have a problem but the last three games we concede six goals and it is not where we want to be, to compete for titles.

“In Germany we always say defence wins titles. If we concede so many it is hard to win games and win titles.”

Chelsea manager Lampard was left similarly frustrated but said post-match that he felt the first-half performance was the best he has seen from his side this season.

He told BBC Sport: “You go two goals up you want to finish it off. It was the best we’ve played this season for sure at this stage.

“But Southampton are a good side. They put pressure on us off the ball. They put us under pressure after the first goal.

“My message at half-time was that the goal shouldn’t change too much. We never got to the same levels in the second half. We can do better.”

He added of his team’s ongoing defensive woes: “We are seeing lots of goals across the league and no manager is happy. I don’t know why it is.

“There are attacking players in this league and maybe pre-season and lack of working time plays a part. But we have to get better at it.” 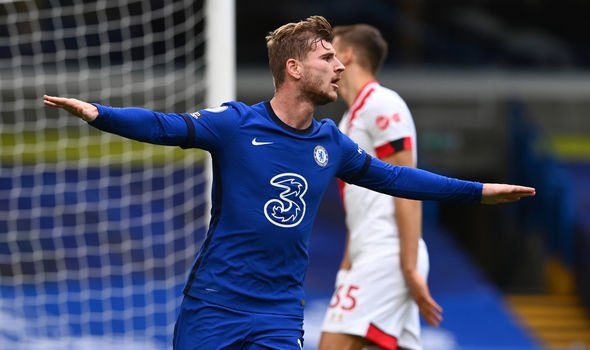 Lampard also hailed the class of two-goal Werner and insisted that he expects the Germany international to continue in a rich vein of form in his first year in the Premier League.

“They are great goals. The second in terms of the team was class but it is a lot to do by Timo,” the Blues boss enthused.

“Those moments will come from him and other players. But we need to be more solid and making individual mistakes gives other teams chances.”

Their next top-flight outing sees them go head-to-head with rivals Manchester United at Old Trafford next Saturday (5.30pm).