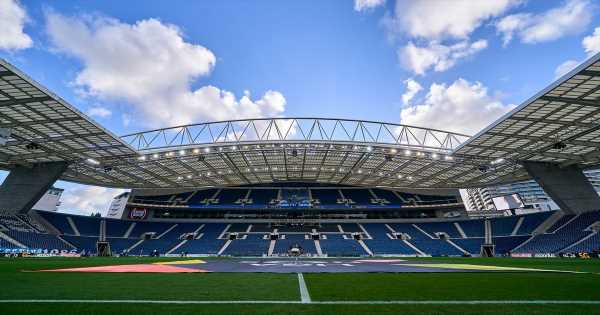 Chelsea and Manchester City will play their Champions League final in Portugal on May 29, it has been confirmed.

This year's showpiece was originally due to take place at the Ataturk Olympic Stadium, Istanbul, only for a coronavirus outbreak in Turkey to scupper those plans.

After the country was placed on the UK's red travel list, meaning fans would not be able to travel for the final, UEFA officials had no choice but to begin searching for a new venue.

UK government officials and the FA met with UEFA on Monday to discuss where the fixture will be moved to, with Wembley put forward as a potential option.

However, the three parties have failed to come to an agreement over the admission of 2,000 sponsors, guests and football-federation members amid quarantine regulations in the UK.

As a result UEFA has confirmed the 2021 Champions League final will now be played in Portugal at the Estadio do Dragao, home of FC Porto.

European football's governing body chose against staging the showpiece in Lisbon, which hosted the final between Bayern Munich and Paris St-Germain last year.

Nevertheless, they believe holding the match in Portugal will make it easier for sponsors and broadcasters to attend as the country is currently on the green list.

Fans would also be able to attend the final in Portugal, although it is unclear how many will choose to make the trip over in the current climate.

Chelsea Supporters Trust recently said it would be urging UEFA to move the final to the UK, as did City fan groups.

But UEFA's announcement has ended their hopes of moving it to these shores, with Portugal now gearing up to host the final for the second straight year.

It is believed Istanbul will now be awarded the final in 2023, having also missed out on hosting it last year before the move to Lisbon due to the coronavirus pandemic.