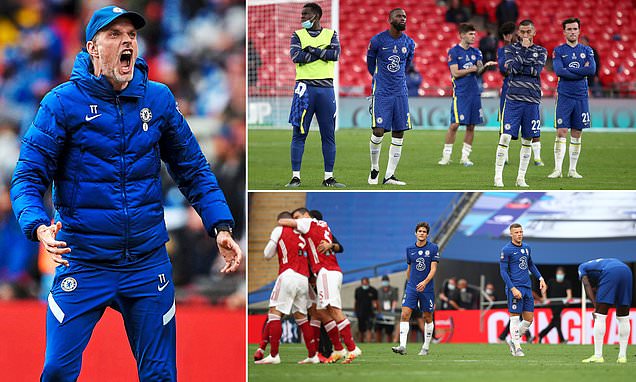 Chelsea are in danger of FALLING APART… a couple of weeks ago they were looking unstoppable, but they could still miss out on next season’s Champions League

It couldn’t happen, could it? Nine days ago Chelsea looked unstoppable — they were in the Champions League final, the FA Cup final and had just climbed into third after a win over Manchester City, who have since been crowned champions.

Today their season is in danger of crumbling before them. In many ways Wednesday’s Premier League defeat by Arsenal would have reverberated far more profoundly than losing to Leicester in the FA Cup final.

Rightly or wrongly, the powers-that-be at Chelsea value a top-four finish abundantly more than they do winning a domestic cup. 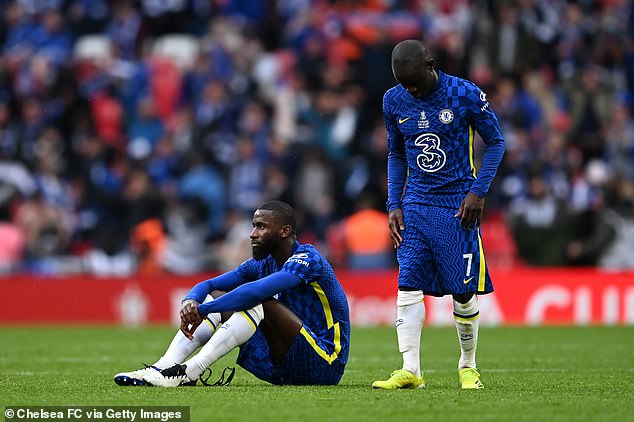 If Thomas Tuchel’s side were victorious at Wembley at the weekend, the squad would have split a bonus pot of £1million. If Chelsea beat City in the Champions League final a week on Saturday, they’ll divide £10m. Chelsea’s priorities are crystal clear.

Tuchel tried his best to disregard assertions that the Cup defeat by Brendan Rodgers’ side would have a psychological impact on his side as Leicester visit Stamford Bridge on Tuesday in a crucial Premier League game.

‘No absolutely not,’ replied the German. ‘Arsenal increased the pressure for the game on Tuesday. Today was an isolated game, it has nothing to do with the race for the top four or the Champions League final.’ Tuchel is being disingenuous at best.

You wouldn’t be normal if you weren’t affected by losing a Wembley final. It hurts. It takes time to recover.

In Chelsea’s case, they will have had 72 hours to get over it because on Tuesday they play a game which in Roman Abramovich’s mind is even bigger than last Saturday’s final. Anything other than victory and the Blues will hand the initiative over to a newly-resurgent Liverpool in the top-four race ahead of the season’s final weekend. 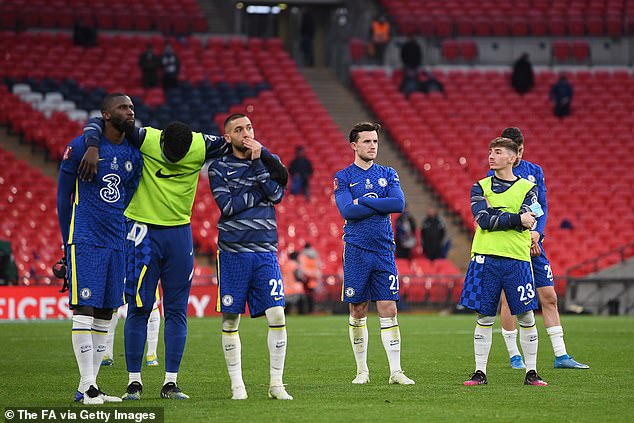 We’re about to find out quite how much Chelsea have grown under Tuchel. Three games, three finals.

You’d have backed them to clean up two weeks ago, but this morning you’re not so sure.

‘If you have a group that arrives in the (FA Cup) final, a Champions League final and arrives from ninth placed to be in the race for the top four, there’s no reason to doubt that we are not strong enough to handle the situation,’ Tuchel explained.

‘But that’s the challenge. Is it easy? No. But it’s fun because this is what it is all about. 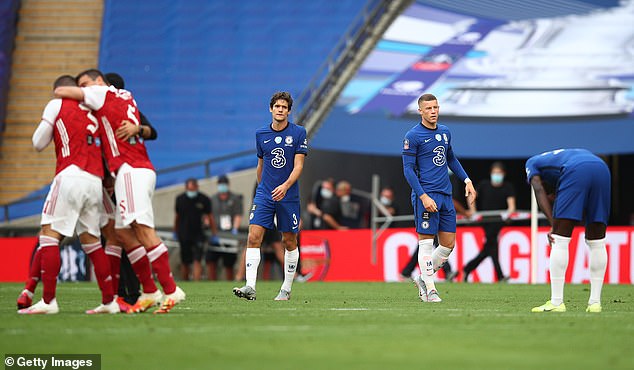 ‘There are a lot of teams out there who are jealous of our situation, I can tell you.’

He’s right, of course. Tuchel has worked wonders in turning the season around.

And it could still be a momentous year if they beat City for the third time in just over a month on May 29.

However, the alternative of losing at Wembley on Saturday, defeat in Porto and finishing outside the top four would be unthinkable.

Tuchel added: ‘I hope we have built a relationship that goes beyond results. We are not happy with our performances even if we win sometimes. We are not happy when we lose. ‘But there are aspects in this game against Leicester where we can absolutely be satisfied.

‘It is super hard to accept but there exists no team in the world that never loses a final. We are not the first, we are not the last. This is about bouncing back and we will not stop pushing the team.

‘We know very well this was a different competition, now we push back in the race for the top four.

‘I won’t be too much into criticism, this is about being positive. What can we improve? How does this feel? What can we learn?

‘This is sports. It’s so hard to accept because you never think about losing a final when you arrive in it.

‘But once it’s like this, OK, it’s the best thing to play again on Tuesday. We will now figure out who is fit and try to conserve the positive things and improve the little details.

‘We need a little luck to turn things around — we never lied about that. We said that when we were consistently winning and that hasn’t changed.’

But the complexion of Chelsea’s season, however, is in danger of changing.