Olivier Giroud’s four-goal salvo in Chelsea’s win over Sevilla on Wednesday evening has led to calls for Frank Lampard to bring him back into the starting line-up, but there’s a good reason for the Blues boss not to give into the pressure. The debate of Giroud being the most underrated striker in world football arose once again last night after his brilliant display in Spain.

The 34-year-old was handed his second start of the season, lining up alongside Christian Pulisic and Callum Hudson-Odoi.

And he didn’t take long to repay Lampard’s faith with an excellent finish inside 10 minutes after being set up by Kai Havertz.

Chelsea dominated most of the game and Giroud grabbed his second shortly after the break with a deft chip over Alfonso Pastor Vacas.

The perfect hat-trick was completed 17 minutes from time as he headed home before adding a fourth late on from the penalty spot. 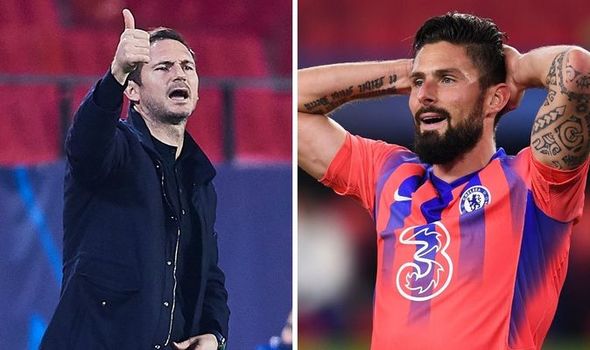 Giroud’s performance has led to strong calls for Lampard to start the experienced frontman on a more regular basis.

The former Arsenal striker was heavily linked with a move away from Stamford Bridge back in the summer after finding it difficult to find regular minutes under Lampard last season.

He ended up staying though and played a huge role in helping Chelsea secure Champions League football, scoring eight goals in the final 10 matches of the season in which he started.

Regular football has been hard to come by for Giroud this season though, leading to speculation rising once again over his future.

But his value to Chelsea was on full show against Sevilla with Lampard now facing a decision heading into Saturday’s match against Leeds.

Giroud could easily fill in as the main striker on a regular basis at Chelsea this season, but why change a winning formula?

While Giroud stole the headlines on Wednesday, Chelsea’s usual trio of Timo Werner, Hakim Ziyech and Tammy Abraham have been no slouches this campaign either.

Abraham has scored three in six Premier League starts while Werner and Ziyech have hit the ground running since joining in the summer. 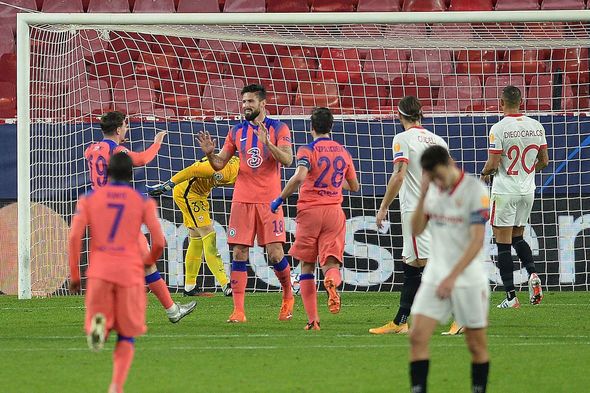 They’ve played a huge role in Chelsea’s impressive start to the campaign which sees them just two points off the top of the table.

No-one would argue against Giroud deserving more game time, but that’s sure to come over the busy festive period.

And Chelsea have found a formula which works wonders so far, with Giroud raring to go when called upon.

Keeping Giroud happy may be the biggest problem Lampard faces though as the Frenchman could end up being vital to their title aspirations come the end of the season.

Premier League winners of the past will all attest to how vital squad players are to their success and Chelsea have one of the best around in Giroud.