Chelsea head coach Frank Lampard will be sacked if he cannot match the demands of the club chiefs this season, according to former Blues striker Tony Cascarino. Lampard’s performance in his first campaign as Chelsea boss surprised many. The club’s legendary former midfielder earned a top-four finish in the Premier League despite not being able to spend in his first transfer window in charge.

However, Cascarino believes the demands on Lampard from the likes of owner Roman Abramovich will be higher for the upcoming season due to the spending spree this summer.

Lampard has made five signings so far, spending over £130million on Hakim Ziyech, Timo Werner and Ben Chilwell.

Thiago Silva and Malang Sarr have make up the quintet having joined on free transfers.

JUST IN: Tottenham backed to sign ‘fantastic’ Diego Costa on one condition 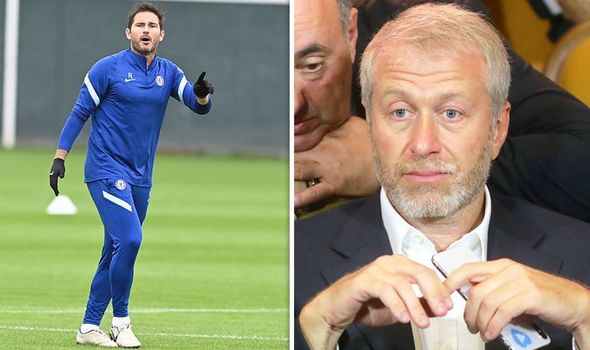 Cascarino says Lampard will know the pressure is on him to perform better than last season and that his job is on the line if he doesn’t.

“Frank will be fully aware that him getting that investment means there’s a different challenge now,” Cascarino told talkSPORT.

“He will know the expectation won’t just be qualifying for Champions League football.

“That was the expectation last summer, and if they managed it with a transfer embargo then it’s a bonus.

“But that’s not the challenge now. Now it’s guaranteed top-four, but really they’re giving him the finds to challenge for the top-two.

“With that sort of spending you can’t lose 17 games. Chelsea lost 17 games last season, they had a goals-against column that was dreadful.

“They opened the Premier League campaign by losing 4-0 at Man United, they conceded four against Ajax, they took a few hammerings against Bayern Munich home and away and lost 5-3 against Liverpool, where they were conceding goals for fun and looked all over the place.

“The lost in the FA Cup final to Arsenal, and Frank would have had a conversation with the powers that be about how they can challenge Man City, Liverpool, Manchester United, Spurs and Arsenal.

“That brings more pressure and Frank will know that, but if he doesn’t reach their expectations and goals then he’s not going to be manager of Chelsea next year.

“If they lose 17 games in a season he won’t be Chelsea manager.”