‘They have to improve’: Maurizio Sarri insists Danny Drinkwater and Victor Moses must step up if they are to have a future at Chelsea

The Chelsea boss admitted he is unsure whether Drinkwater and Moses can adapt enough to fit into his tactical blueprint at Stamford Bridge.

Drinkwater has only featured in the Community Shield for Chelsea this term, while Moses has made six appearances but only two in the Premier League under new manager Sarri. 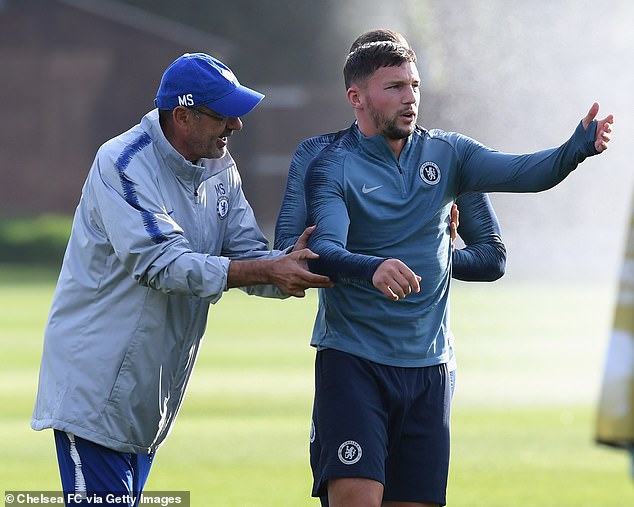 Asked if Drinkwater and Moses still have futures at the club, Sarri replied: ‘I don’t know; they have to improve, but the characteristics are a little bit different.

‘The situation is that Drinkwater for me is not suitable for a midfield with two midfielders.

‘I told him two months ago what I think.

‘And Moses is more suitable for playing like a wing-back than like a winger or a full-back.’ 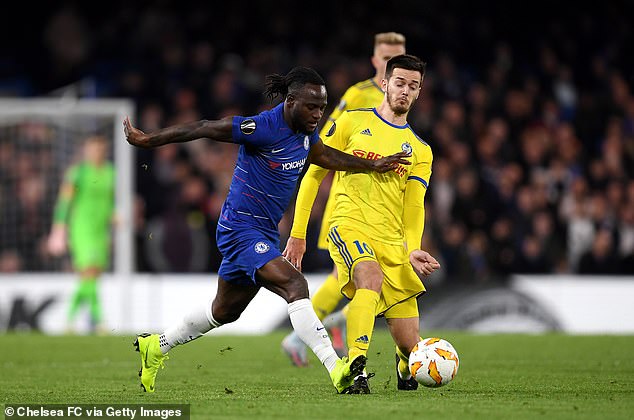 Only Wolves have used fewer players than Chelsea in the Premier League so far this season.

Sarri insists Chelsea will look to rotate their league line-ups come the Christmas fixture glut though, and maintains he is handing players opportunities to impress in cup competitions.

‘If you look only at the Premier League, the situation is bad, you’re right,’ said Sarri.

‘But we’ve used 26 players in all competitions this season. I have to look at all the competitions, because 90 minutes is 90 minutes.

‘I think the rotation overall is good at the moment.

‘Of course if you look to December, January, you’ll need to change also for the Premier League, because there will be matches every three days.

‘So we’ll need to change there too, of course.’