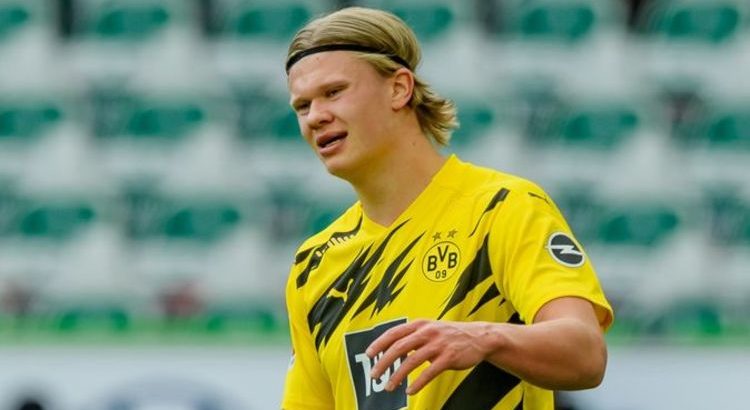 Chelsea sporting director Marina Granovskaia has been dealt a blow in her pursuit of Erling Haaland as the striker is now reportedly expected to stay at Borussia Dortmund for at least another season.

The German saw his side frequently misfire last season, despite their sensational run to Champions League success and a top-four finish.

Midfielder Jorginho was the West Londoners’ top Premier League scorer, even though each of his seven goals were penalties.

Haaland would present Tuchel with an upgrade on Werner. The Norwegian has struck a staggering 57 goals in 59 appearances since signing from RB Salzburg in January 2020.

But Chelsea might miss out on the 20-year-old this window because Dortmund are demanding a huge £150million fee.

Clubs, including Chelsea, could instead move for Haaland when a reported £64m release clause becomes active in his contract next summer.

The Daily Star report that Chelsea are instead looking for other targets this summer.

Tuchel is believed to also want a new defender and a midfielder as he targets an assault on the Premier League title.

Kai Havertz scored the only goal to defeat Manchester City in an all-Premier League final in Porto.

West Ham’s Declan Rice has been linked with a move to Stamford Bridge and his versatility could see him fill either one of the three centre-back positions or in his more natural midfield role.

However, the Hammers are widely believed to want around £80m for Rice, who was released be the Blues aged 14.

Tuchel has ruled out sweeping changes to his squad this summer but hinted that there may be a few arrivals.

“Two or three could be very, very good,” he said after the Champions League final victory over Man City.

“That you always bring new energy, new guys who question the old beliefs, who challenge everybody in the training and in matches, so I think it’s a good thing.

“We don’t need another seven and another complete turnover because it’s also our job to keep on improving.

“Because we have still a young squad and it’s not about stealing from them the chance to prove it again that they are capable of growing and evolving.

“But we have some ideas, of course, to make the group stronger and I think this can always be a positive thing to challenge all of us.”
Source: Read Full Article