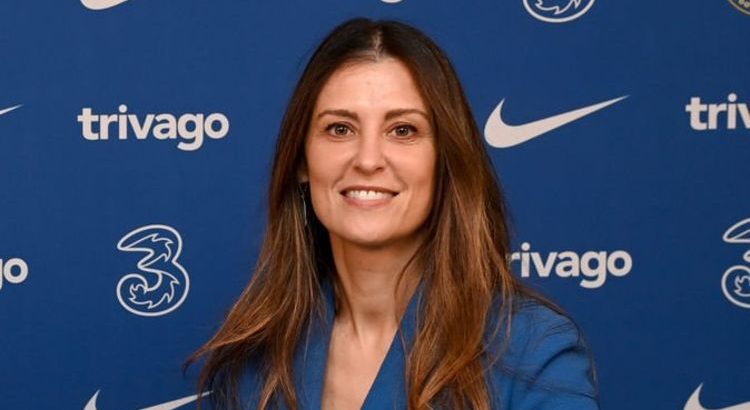 Chelsea transfer chief Marina Granovskaia is reportedly leading an effort to thrash out a deal for Jules Kounde. The Sevilla centre-back was firmly in the Blues’ crosshairs during the summer, and while it may be a stretch to lure him to Stamford Bridge this month, things could be put in place for the end of the season.

Kounde is flying high with Sevilla in La Liga, leading the charge against Real Madrid in the chase for the title.

His centre-back partnership with Diego Carlos has been key to boss Julen Lopetegui’s success, and football fans have already found out this month how keen the Spaniard is to keep hold of the duo.

Newcastle came calling for Carlos, but their approaches were met with resistance, and a lucrative bid now appears to have stalled.

The same would surely be true for Kounde if bids were made this month, particularly as the younger, pricier and more coveted of the two.

But Chelsea have plenty of incentive to chase a marquee centre-back, and Granovskaia appears to be putting plans into place.

According to Tutto Mercato Web, the Blues’ transfer chief is already leading an attempt to close a deal for the summer.

With add-ons included, the fee could reach £50million.

The report adds that a deal between the Blues and Kounde ‘seems close’, and they could finally put an end to last summer’s frustration where they narrowly missed out on the 23-year-old.

Centre-back reinforcements are sure to be high on Chelsea’s priority list when the summer rolls around, with Antonio Rudiger and Andreas Christensen both set to be out of contract.

Granovskaia therefore appears to be getting ahead of the game, and attempting to lock down a deal before clubs become aware of their defensive shortage.

Bayern Munich star Niklas Sule is also believed to be on their hit list after the German turned down the prospect of a new deal in Bavaria.

Newcastle and Barcelona are also reportedly interested in the 26-year-old, who could be sought out as an alternative target if Granovskaia fails to make headway in the deal for Kounde.

While Chelsea may not turn their noses up at the opportunity to sign a promising star, their situation could change if Rudiger surprises everyone and pens a new deal.

“But there is a lot of ifs, so let’s wait to see what becomes reality.

“We’re confident, we have things to offer, and he is the player that he is in a Chelsea shirt. I think he knows it very well.”